Onlookers watch in horror as floodwaters swallow neighborhood in India

A resident of a neighborhood outside of New Delhi caught cellphone footage on Sunday showing powerful floodwaters that caused a house to collapse. 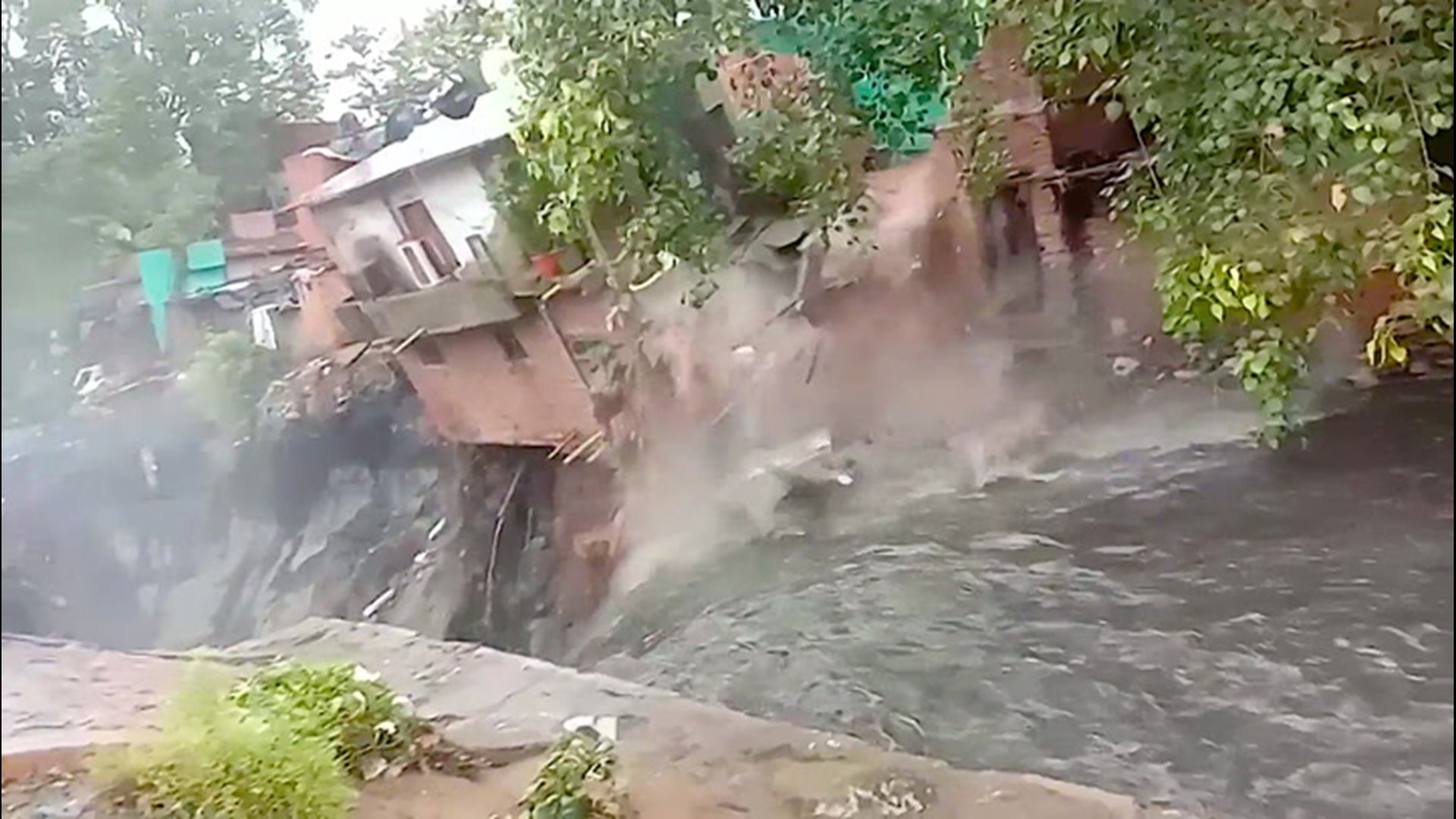 A resident of a neighborhood outside of New Delhi caught cellphone footage on Sunday showing powerful floodwaters that caused a house to collapse and be washed into a pit far below following heavy rains that deluged the area.

The video showed muddy floodwaters rushing down a street in East Delhi and then emptying into a hole dug below that was, according to The Times of India, the construction site for what is expected to become a parking lot. The extreme flooding was triggered by heavy, monsoonal rains in the capital city.

The very saturated ground, under the pressure of the extra water, gave way in the middle of the street and continued to swallow the nearby land in the Anna Nagar neighborhood, a poor section of the city.

Yelling could be heard over the deafening sound of the rushing floodwaters as it captured two trees, pulling them into the hole in the ground. Onlookers could be seen in the video watching with a mix of horror and curiosity as the floodwaters seemed to wash some part of the landscape away with each passing moment. Floodwaters pulled some more debris down what looked like a giant hole. Some witnesses pulled out their phones and began recording.

Multiple videos of the disaster showed up on social media.

Eventually, the ground under the foundation of a nearby two-story house was also washed away, causing part of the building to pull away and collapse into the watery trench and sending a cloud of dust into the air.

"Running water entered a pit, which was dug to construct a parking facility, causing severe erosion, which led to the collapse of nearby houses," Pushpa, a resident in the neighborhood, told The Times of India. "My house vanished as if it never existed," he said.

According to multiple reports, no one was inside the building or on the crumbled part of the roadway when the collapse occurred. The Indian Express reported that the parking lot is part of a larger construction project that will one day become a headquarters for the World Health Organization WHO). Many residents living in the homes behind the construction site had been evacuated.

Centralized Accident and Trauma Services (CATS) later arrived on the scene and confirmed with Reuters that there were no deaths or injuries from the incident.

Thunderstorms were reported moving through the New Delhi area late Saturday night and continued on and off through the morning on Sunday with heavy downpours. According to The Indian Express, a nearby Indian Meteorological Department weather station recorded 74.8 mm -- just about 3 inches -- of rainfall over a 24-hour period, the highest single-day precipitation total for the year at that observation site. Other parts of New Delhi picked up in excess of 3 inches of rain on Sunday.

The threat of isolated thunderstorms remains for New Delhi all week, according to AccuWeather forecasters. Temperatures will be in the upper 80s to low 90s, a touch below average for this time of year.

In Nepal, monsoonal rains have also plagued the area, killing more than 100 in the country alone, following heavy rains over the past week, according to Reuters.

Search and rescue missions continued into Monday following the flooding and landslides in the region, with dozens still missing.

Between this region, and the badly hit state of Assam in northeast India, almost four million people have been displaced by the flooding across. Many crops in the region, including tea, which is prevalent in the area, have been destroyed due to the flooding.

Much of the flooding has hit towns and communities surrounding the overflown Brahmaputra River which runs through the center of Assam as well as through the middle of Bangladesh.