Comet NEOWISE to be visible for just a few more nights

Time is running out to spot the comet before it fades away into the icy depths of the solar system. 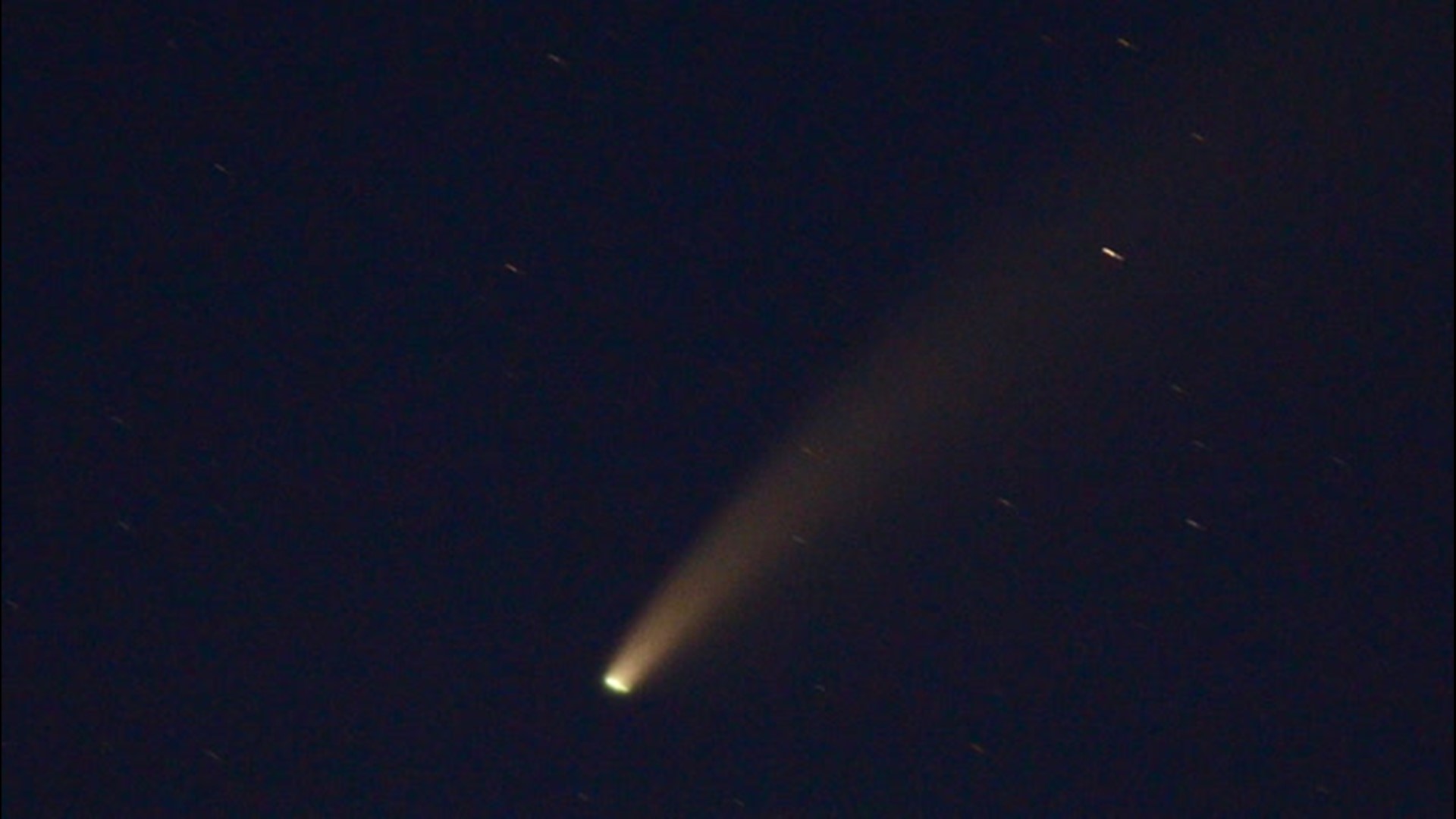 One of the biggest celestial surprises of 2020 has been Comet NEOWISE, the brightest comet in the Northern Hemisphere since the 1990s, but time is running out to spot the comet before it fades away into the icy depths of the solar system.

Comet NEOWISE is gradually getting dimmer and dimmer every night as it moves farther and farther away from the sun, and by next week, it may no longer be bright enough to be seen without binoculars or a telescope.

"Right now, the comet is relatively easy to observe with binoculars or a small telescope, provided you have a clear view toward the horizon," NASA said.

It is still visible to the unaided eye, but only under dark skies in areas far away from light pollution.

"If you're looking at the sky without the help of observation tools, Comet NEOWISE will likely look like a fuzzy star with a bit of a tail, so using binoculars or a small telescope is recommended to get the best views of this object," NASA said.

It can be found in the northwestern sky under the Big Dipper by around 10 p.m. local time with the tail pointing upward away from the horizon.

On Wednesday, July 22, Comet NEOWISE made its closest approach to the Earth at a distance of around 64 million miles, according to NASA. For comparison, the sun is about 93 million miles away.

As it moves farther and farther away from the Earth and the sun, it will become harder to spot in the night sky, and by the end of July, it will likely only be visible with the help of a telescope.

It will be another 6,800 years before Comet NEOWISE visits the inner solar system and once again glows in the night sky.

Besides a good eye on the sky, the only other thing that onlookers will need to see the comet is cloud-free conditions.

On Thursday evening, good viewing conditions are in the forecast for the West Coast, Great Lakes and southern Plains while the balance of the country faces disruptive clouds.

The best way to capture an image the comet is with the help of a camera or smartphone that can take long exposure photography. Cameras that take a photo with a 3- or 5-second exposure can collect enough light to make out the comet in the sky even when it cannot be seen with just the naked eye.

After Comet NEOWISE fades away on its journey back into the outer solar system, it's unclear when the next bright comet will be visible in the night sky.

According to SPACE.com, the last comet that was this bright enough to be seen with the naked eye from the Northern Hemisphere was Comet Hale-Bopp in 1997, although it was much brighter than NEOWISE.

So stargazers should take advantage of this rare opportunity to get one last look at Comet NEOWISE, since it may be some time before the next comet glows in the night sky.