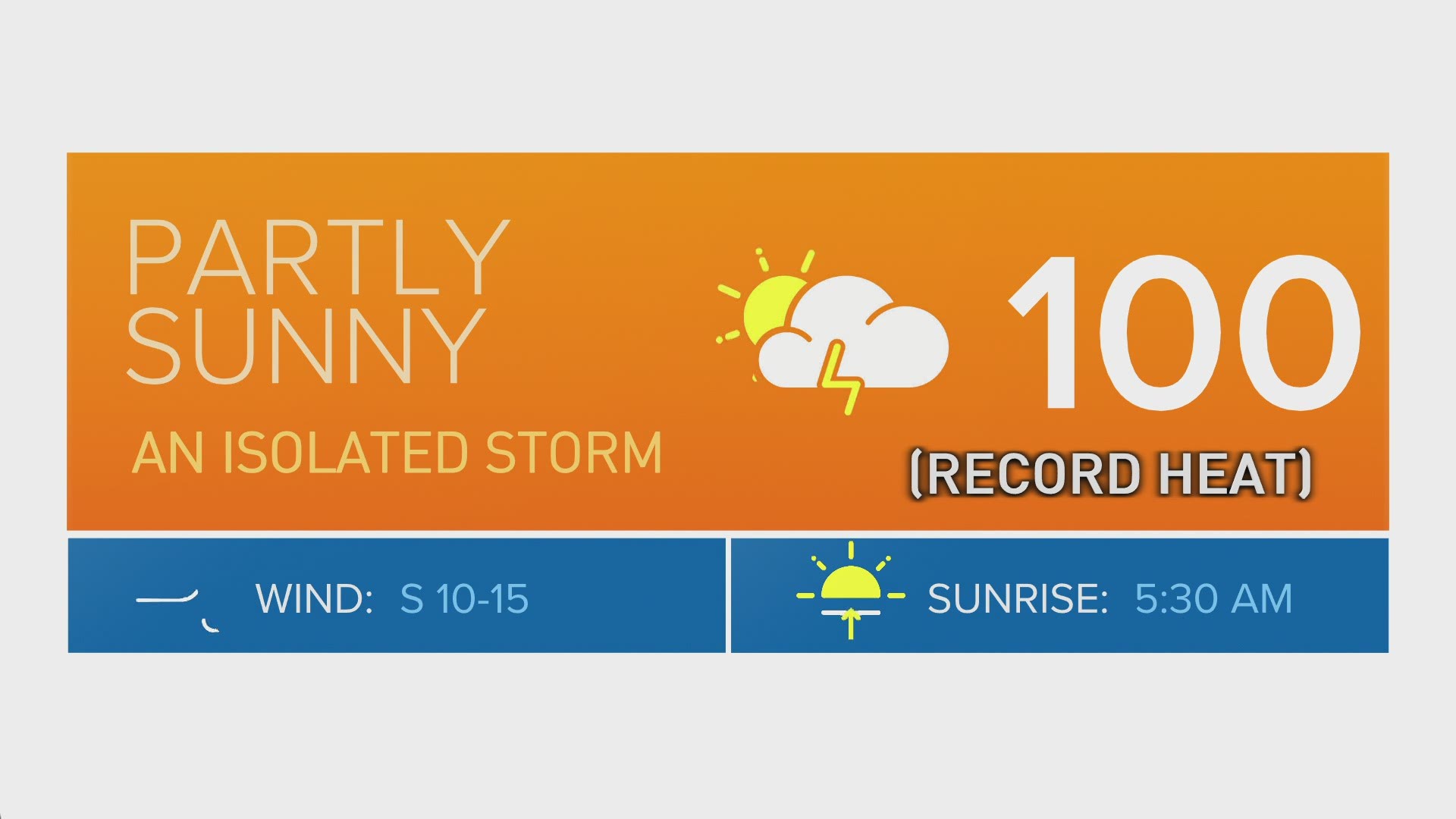 DENVER — Remember when you said you were sick of the rain and cold during the spring?

A day after Denver hit 101 degrees on Tuesday and broke a record high in the process, Denver International Airport topped out at 100 degrees again on Wednesday, clinching back-to-back record high temperatures and 100-degree days.

FORECAST: Another day, another record high in Denver

A big ridge of high pressure continues to keep Denver, Colorado and much of the West basked in temperatures running as much as 30 degrees above average for this time of year.

Yesterday, Salt Lake City, Utah and Billings, Montana each tied their hottest temperatures ever recorded. This is all from the same heat wave leading to Colorado's record-setting heat this week.

Denver's hottest temperature on record, by the way, is 105 degrees, last hit in June 2018.

RELATED: How the heat wave is impacting the companies that repair your AC

We've got one more day of this potentially record-setting heat, with a 9NEWS forecast high of 97 again for Thursday. That'd come close to the current June 17 record of 98 degrees, set back in 2012.

RELATED: These are the Colorado counties with fire bans

Stay cool and hydrated, and make sure to limit your time outdoors during this heat wave.