Temperatures will stay below average through the weekend, then briefly warm into early next week 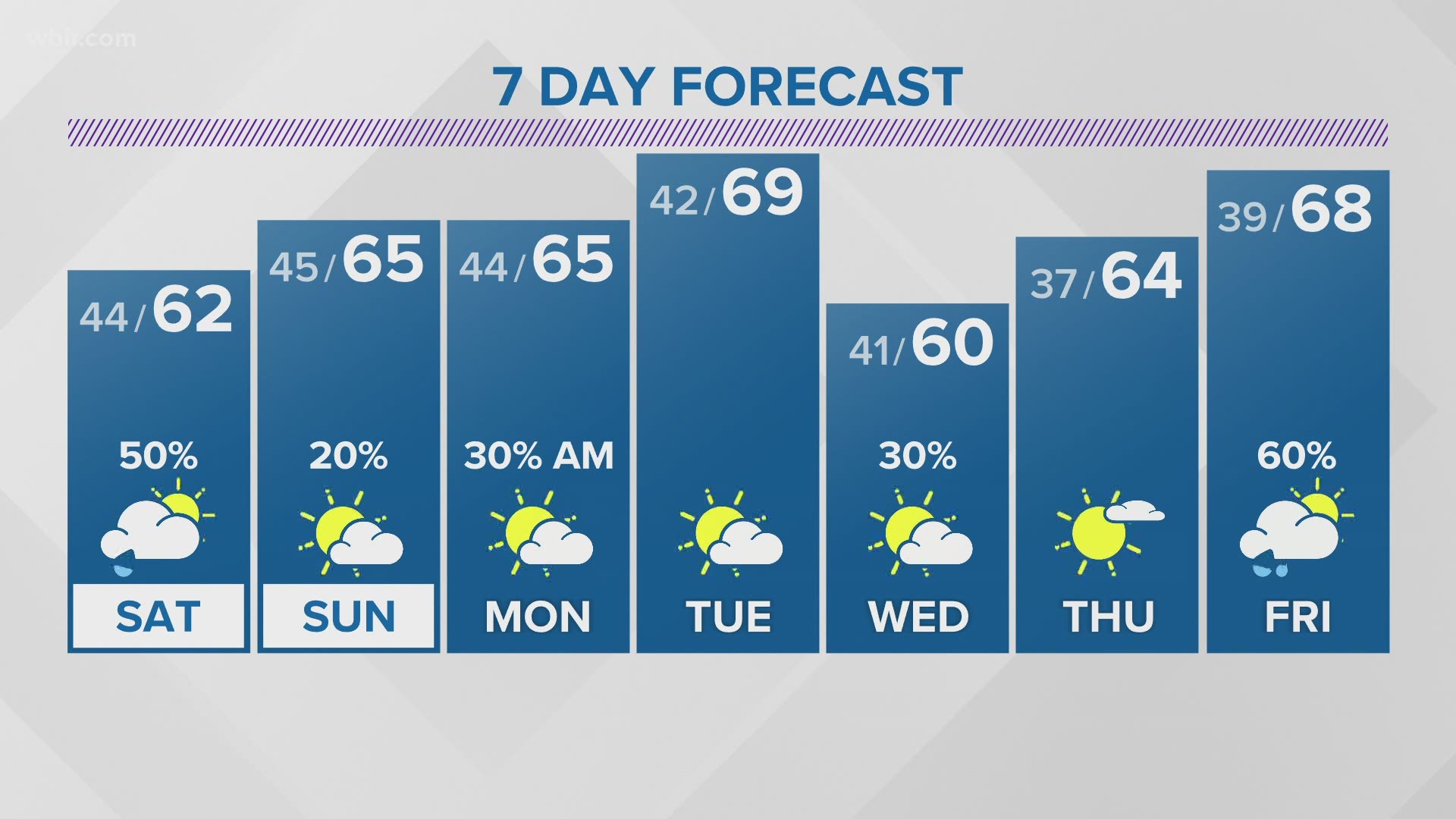 Monday: A chance for light rain early, then becoming partly cloudy with highs in the middle 60s. Lows in the lower 40s Monday night.

Tuesday: Partly cloudy with highs in the upper 60s to near 70 degrees. Lows in the lower 40s Tuesday night.

Wednesday: A chance for showers early, then partly cloudy and cooler. Highs near 60. Lows in the middle to upper 30s Wednesday night.

Thursday: Mostly sunny and cool. Highs in the lower to middle 60s. Lows in the upper 30s Thursday night.

Have a great weekend!!

►Make it easy to keep up-to-date: Download the WBIR 10News app now and sign up for our Take 10 Lunchtime Newsletter.

RELATED: Welcome to the new WBIR.com!

RELATED: How to customize the stories and alerts you get from WBIR