The storm knocked out power to over 70% of the City of Memphis and resulted in several fatalities. 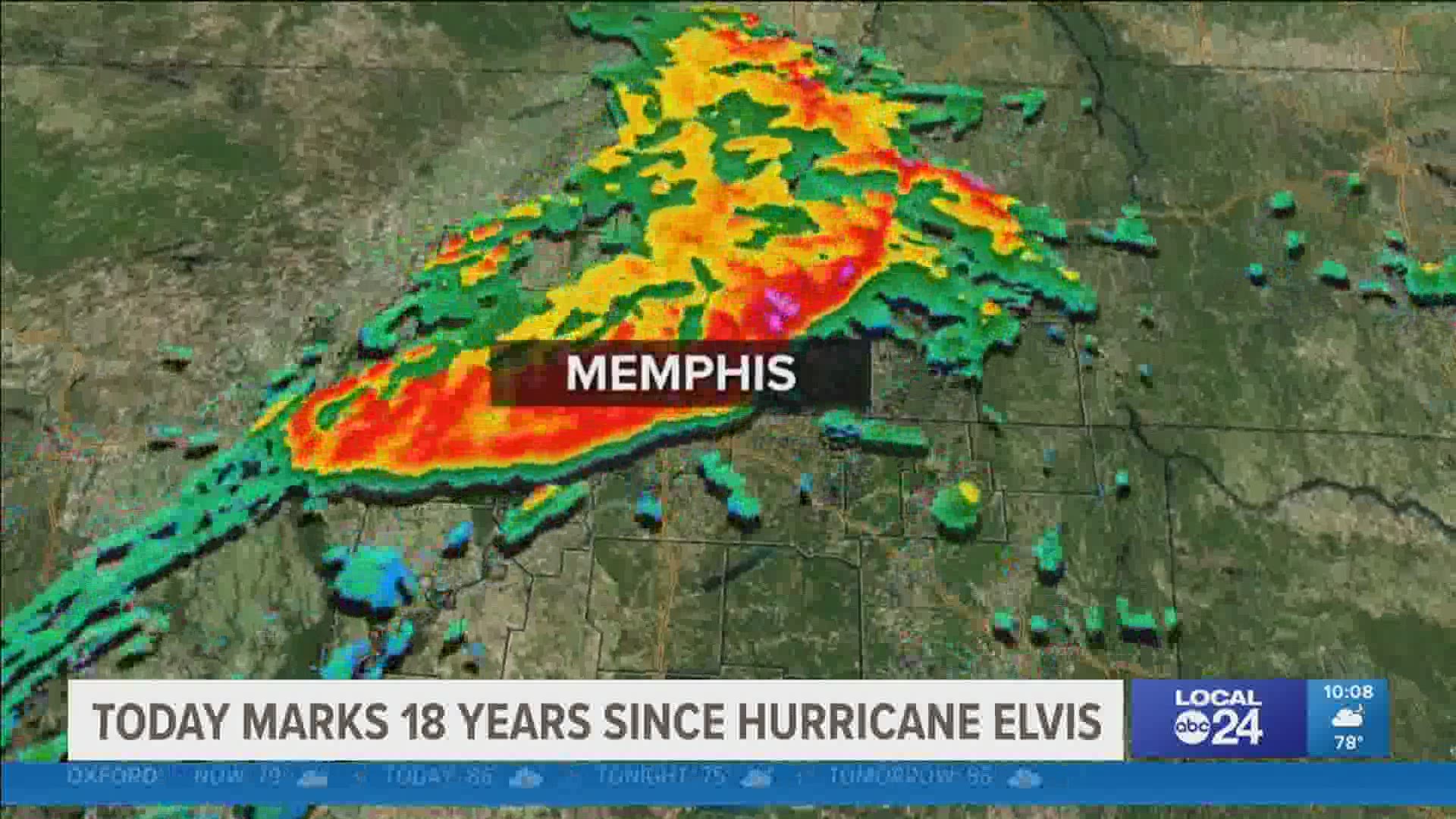 MEMPHIS, Tenn. — Memphis has been through its fair share of rough weather over the years - from floods, to tornadoes, to heat waves, and ice storms.

But ask any Memphian what the worst storm they remember is, and chances are, many of them would say it was Hurricane Elvis.

The storm hit just as the morning commute was beginning on July 22, 2003, crippling the city in just a matter of minutes.

Credit: Local 24
Massive trees fell across the city on July 22, 2003, when destructive winds of over 100 mph hit Memphis.

Of course, the storm wasn't an actual hurricane, but it was just as powerful as one. Winds of over 100 mph were recorded across Shelby County, equivalent to a category 2 hurricane.

And since every hurricane has a name, the storm quickly earned the name of one of the most well-known Memphians, Elvis Presley.

The storm left a path of destruction in Downtown Memphis, tearing a hole in the former Gibson Guitar factory and damaging the under construction FedEx Forum.

Cranes on the site were left on the verge of collapse, prompting an evacuation of Beale Street.

Further east, tree after tree was uprooted and toppled in Midtown. Power poles snapped like twigs.

Some of the worst destruction happened just east of I-240. The damage was so severe on Linden Avenue that neighbors gave the street the nickname “Disaster Street.” Along Poplar Avenue, windows shattered in Clark Tower.

DeSoto County didn’t escape the wrath of the storm either. Poles were torn down along Goodman Road in Southaven and tree damage was reported in Horn Lake.

It was all over in a matter of minutes, but the impacts had just begun.

Over 70% of the city of Memphis was without power in one of the hottest months of the year. Memphis International Airport suspended flights. Residents rushed to gas stations and stores to stock up on ice, food, and gas.

If you ask anyone who was in Memphis on that day, they'll likely say the storm hit without any warning. In fact, there was a warning - the National Weather Service issued a Severe Thunderstorm Warning several minutes before the storm hit.

However, since the sirens are only sounded for a tornado, many residents say they never heard the warning.

While the damage looked like a tornado had come through, the storm actually produced powerful straight-line winds, which can actually cause more widespread damage.

Meteorologists call this a derecho – a storm that produces destructive winds over a large area. The maximum wind gust was recorded at the weather station at AutoZone Park, clocking in at an incredible 102 mph.

In all, the storm caused over $500 million in damages and resulted in seven fatalities. It would be another month before the power was back to the entire city.