“Until we get hit, we won’t know what will be hit,” said Gale Jones Carson, MLGW Community and External Affairs Vice President. 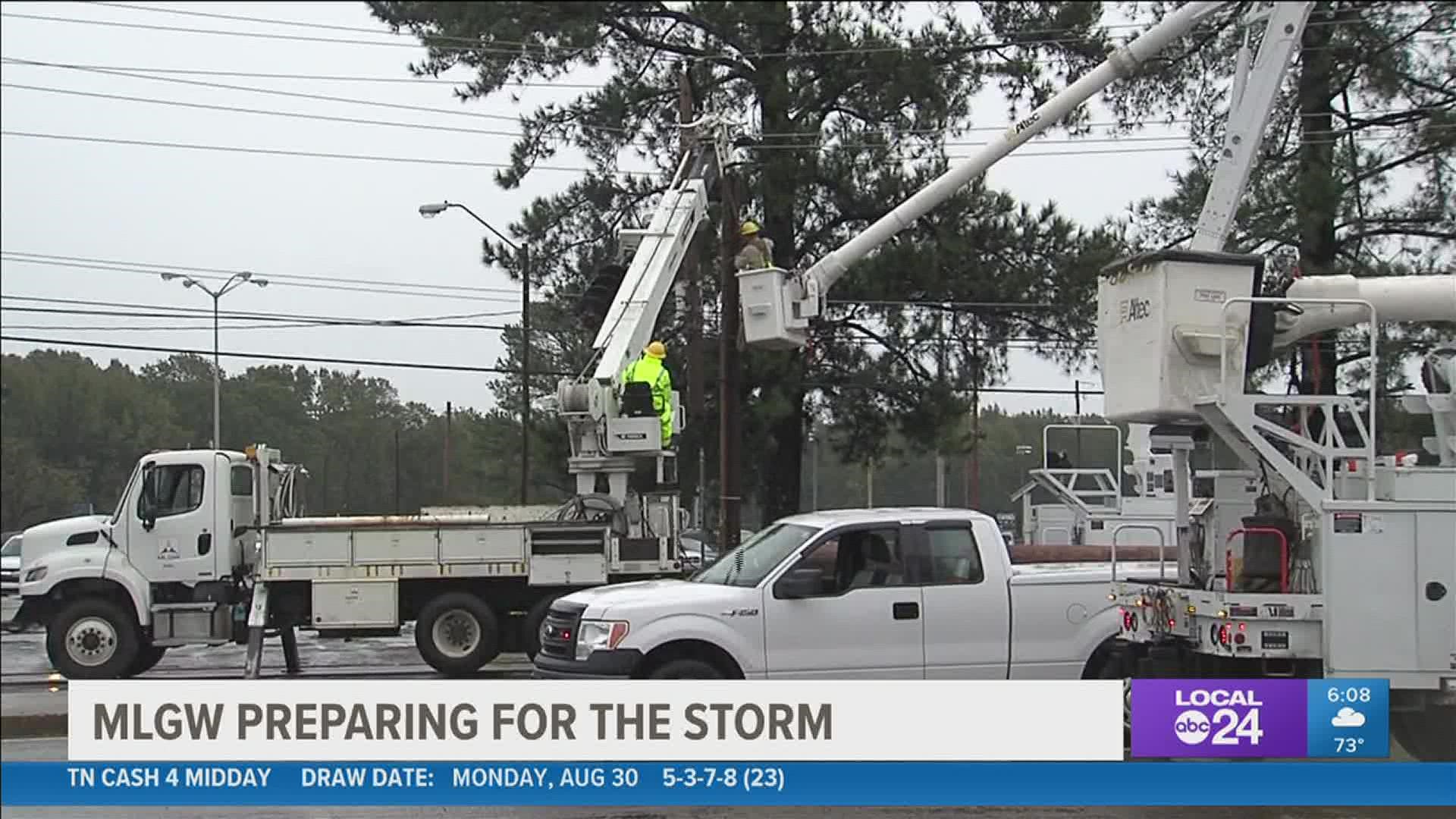 It is a state of uncertainty as the effects of Hurricane Ida makes its way inland.

“Until we get hit, we won’t know what will be hit,” said Gale Jones Carson, MLGW Community and External Affairs Vice President.

Here in the Mid-South, MLGW and the City of Memphis Public Works Department are bracing for the worst.

She said crews have been on standby.

“We have a list of prioritized locations located across the state. Our list is large, 325 square miles. We have about 40,000 drainage inlets in the streets that help remove storm water from the street. Some of these areas are problematic areas mainly under railroad bridges and underpasses,” said Knecht.

One area of concern is Union Avenue and Parkway. It is one of about 30 locations considered a hot spot for drainage issues and flooding. Crews have already gone through areas like Union and Parkway clearing debris from roads and drains.

#MLGW is prepared for severe weather as the remnants of Hurricane Ida head toward the Mid-South. The National Weather Service in Memphis forecasts three to six inches of rain, and damaging winds beginning at 3 p.m. into late evening. #MLGWNews #ServingYouIsWhatWeDo pic.twitter.com/jiLI9trcNx

“Then, we’ll start responding to flooding calls. Citizens can help us by removing any debris or contacting 311 if they don’t want to do them themselves. Never drive through standing water because you never know how deep it is. Turn around, don’t drown,” said Knecht.

“Please do not go near any lines that are down. You need to call MLGW as soon as possible,” said Jones Carson.

In the event you lose power, there are some items you should keep handy.

As far as sending crews to the Gulf Coast to help with hurricane relief, MLGW said first they will see what the storm does here in case all crews are needed.

“Right now, we cannot release any of our crews until we know we need them. If we get hit by the storm, we’re going to need all crews. If it’s a light hit, believe me, we’re going to be more than happy to go down there and help them,” said Jones Carson.