Residents allowed to return to homes after levee breach risk from flooding near Oxford, MS 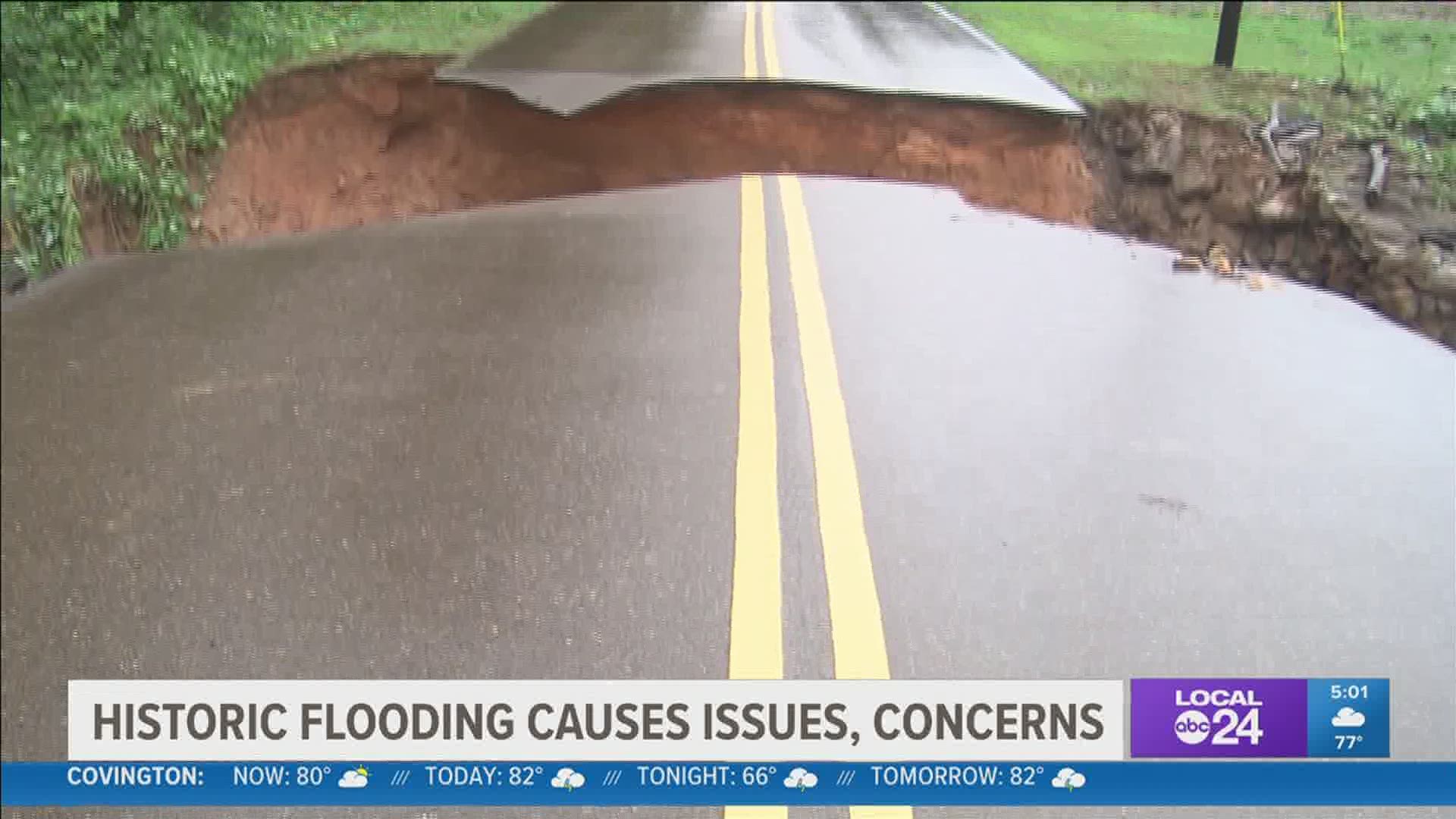 The ongoing rain is causing issues along roadways throughout Lafayette County, and flood warnings continue for that area, as well as Tupelo and New Albany.

Shortly after 6 p.m. Wednesday evening, crews said a dam at risk of breaching was under control after fire departments spent hours pumping water from the Lake Tara Dam.

Heavy rains caused space around a pipe that allows water to flow through the dam to open, causing soil to be lifted around the dam.

15 to 18 homes in the Tara Estates subdivision near Oxford, MS would have been impacted with a full dam breach.

"It always feels really very good to know that we are in a position that emergency responders in the county in this position were able to take action to reduce that risk to downstream residents, protect lives and property downstream, it's a great relief," Willie McKercher with the Mississippi Department of Environmental Quality said.

Earlier Wednesday afternoon, the Lafayette County Fire Department warned that levee was at risk of breaching in the subdivision, on College Hill Road and asked some residents in the area evacuate as a precaution.

Per Lafayette County EMA Director: The Lake Tara Dam has not breached at this time. A sinkhole is forming on the levee. Local fire officials are pumping the water to relieve pressure off of the levee. The Gumtree Subdivision is in the inundation area.

Here's a closer look at the area that could be impacted if the Lake Tara Dam breaks pic.twitter.com/shVgdJrMmF

If you live North of the yellow line below we are requesting you evacuate your home as a precautionary measure. We have a potential levee that could breach. It has NOT breached at this time. For information to follow. @NWSMemphis pic.twitter.com/sysO6hW0vr

The area reported a foot of accumulated rainfall the past three days. The precipitation and flash flooding caused a section of CR-317 to collapse and cave in. It also temporarily closed CR-105 and CR-107 and turned fields at mTrade Park into temporary ponds and overwhelmed the dog park next to the Oxford Animal Resource Center.

"I've been warned about the flooding, but even people who live here say it hasn't been this bad in a long time," Nicole Young, the center's director, said Wednesday.

Young watched as the water rose in recent days. 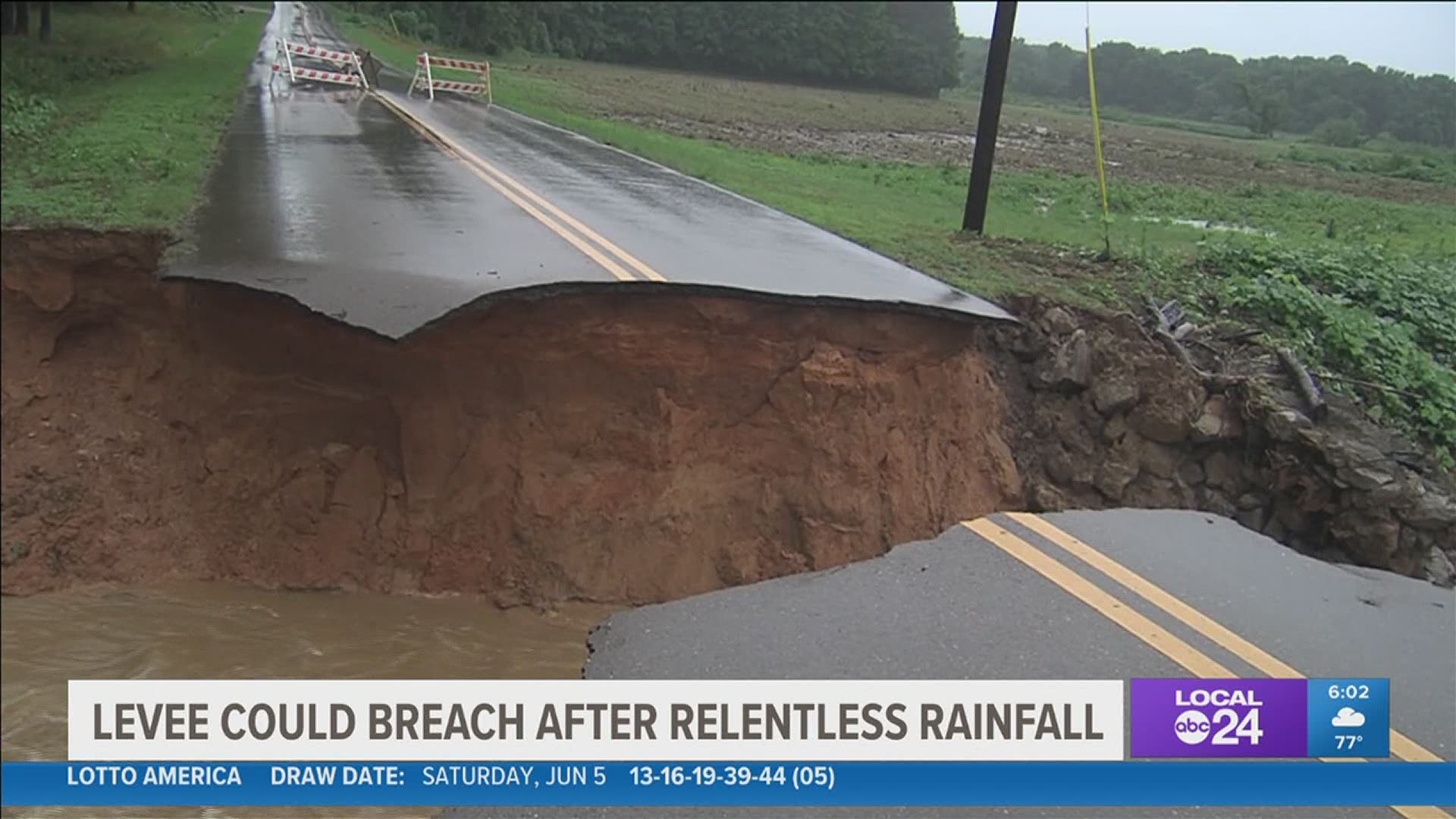 "Monday little puddles here and there. Yesterday was when it really kind of hit home and started covering the top half of the parking lot, and then it's just continued to rain and rain," Young said.

"I've kind of come up with a plan of cat litter and sand and things like that. The good news is the building is on a two foot concrete block so we've got that going for us. But I'm just trying to be prepared just in case because I don't think the rain is stopping anytime soon," Young added. 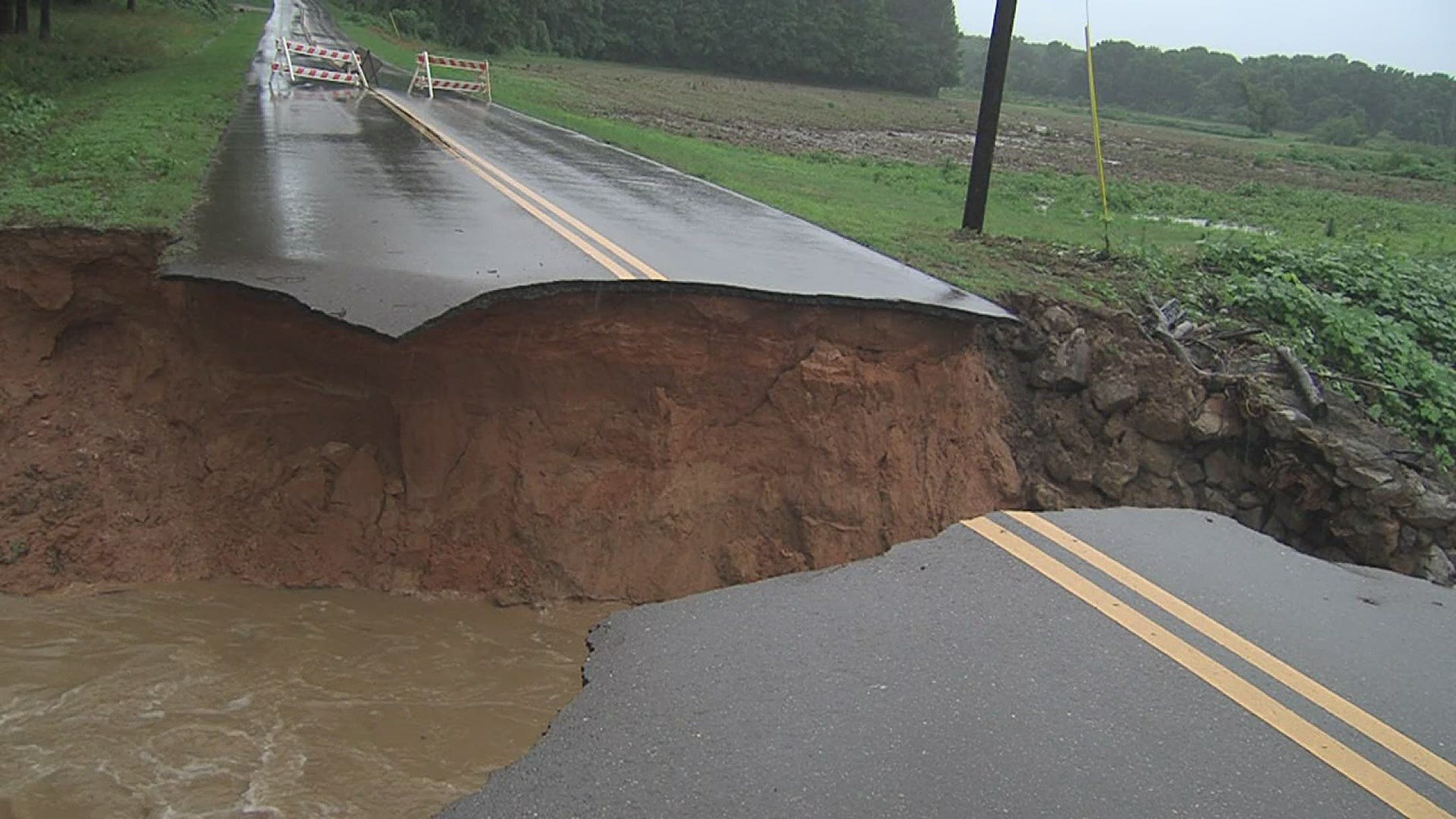 Some flooding off of Old Sardis pic.twitter.com/1ynlm76n9V

Another off Old Sardis pic.twitter.com/jHSjLSKeRb

Some flooding at the dog park off McElroy. pic.twitter.com/EBttg5PtrH

There is a tree blocking Highway 30 at County Road 225. The highway is completely blocked. We have units on scene working to clear the highway. Please avoid the area.@NWSMemphis @MississippiDOT @MHPTroopE pic.twitter.com/FI9iN14lRi

Some of the flooding near Turnberry Circle and Turnberry Court: pic.twitter.com/nkbrtJCbop

The City of Oxford has received 8.05 inches of rainfall over the last 36 hours and over 2.5 inches of rain in the last 3 hours this morning. Several city streets including Anderson, CR 401, Harlan, Hathorn, Maplewood Cove, Park and S. 18th are partially or totally flooded.

Tree down on Old Taylor at the city limits on a power line. pic.twitter.com/QbCMvAQvfS

Hathorn near Jackson Avenue is currently closed due to flooding. pic.twitter.com/qSjlMI1Hfa