The family of a teen left with puncture lungs after sledding accident is grateful for outpouring of support from strangers. 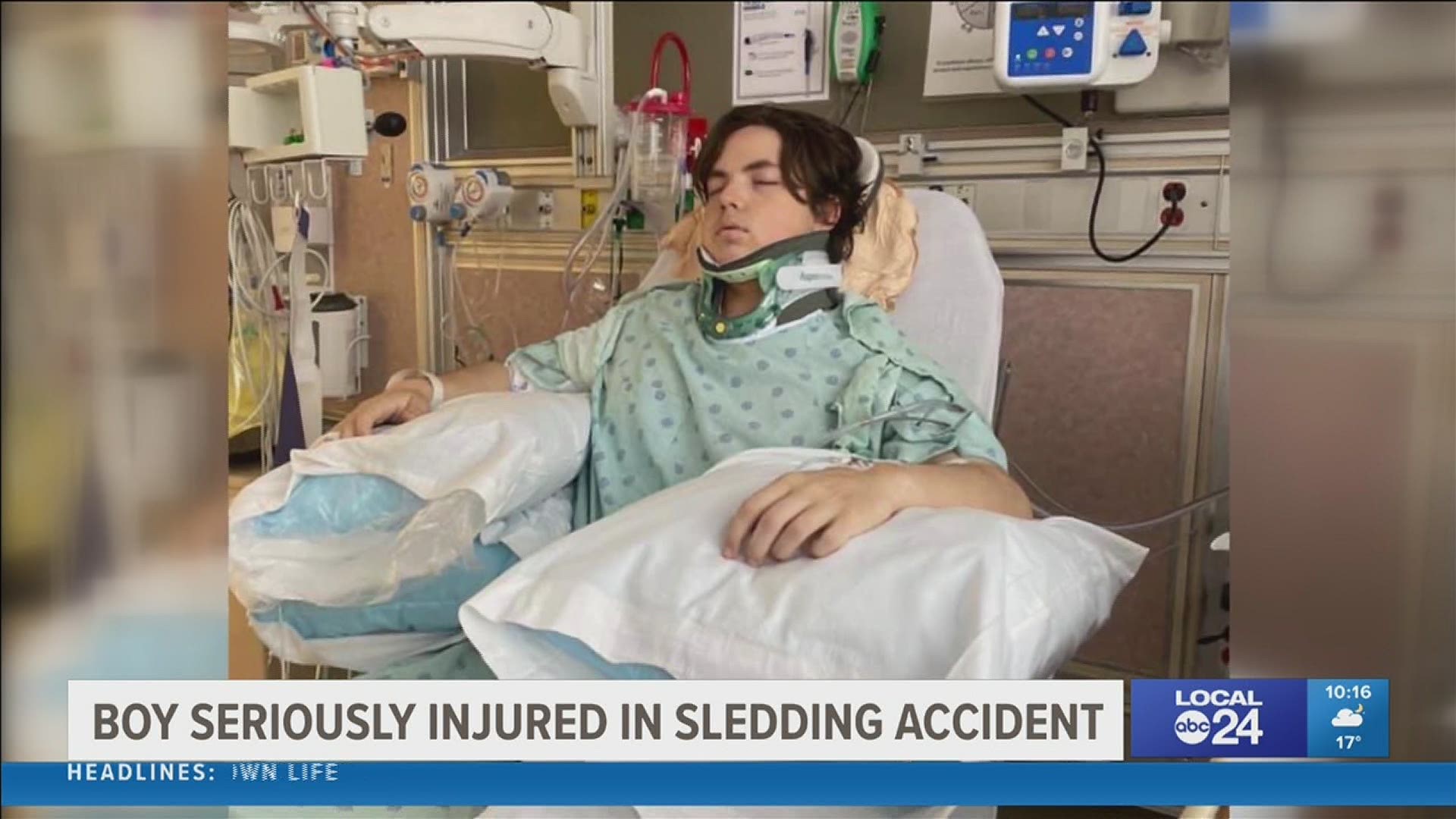 ARLINGTON, Tenn — An Arlington teen is making a remarkable recovery after a sledding accident almost took a fatal turn.

His parents are grateful for the outpouring of support from family, friends and total strangers and believe their son's survival is nothing short of a miracle.

Todd Reid's words are full of hope and optimism and it is undeniable that he and his family see their son, Sam's great strides in recovery as a sign this chapter will pass and his accident was not meant to be the end of his story.

"Well, we had another good day. They removed another chest tube so he's down to just one still in. We're waiting for a step-down room to open up," said Reid.

They're encouraged because Friday afternoon Sam was walking and sitting up in his ICU room chair.

"So he's progressing slowly but surely. We're just this continues. Like one of the doctors told us they think the first of next week we'll be home," said Reid.

Just a week ago the 17-year old was barely conscious.

The sled he was riding through a field of snow got cut loose from the ATV that was pulling him.

Sam went flying into hay bale equipment with long, sharp, rake like spokes, an accident that could have been deadly.

"They had removed half of his left lung, he had the exit wound behind his neck. The entry wound is in his lower left abdomen because it went up at a diagonal across his body and came out the right side of his neck. How that did not hit something vital we still don't know. It's a miracle," said Reid.

Between Reid and his wife Christi and her parents there's not a moment Sam is alone in the hospital.

Originally the family had no interest in telling their story on Facebook, but Reid says support from strangers and request for Sam status updates became overwhelming.

"That has gone viral. We're getting messages and texts from people in Canada, Montana, Texas, North Carolina all over the Southeast," said Reid.

Reid says each day of progress makes it all tolerable.

"We know the end is in sight and we know this isn't going to last forever. We'll be home soon, Sam will continue to heal and he'll be back to his old self in the near future, we're praying and hoping," said Reid.