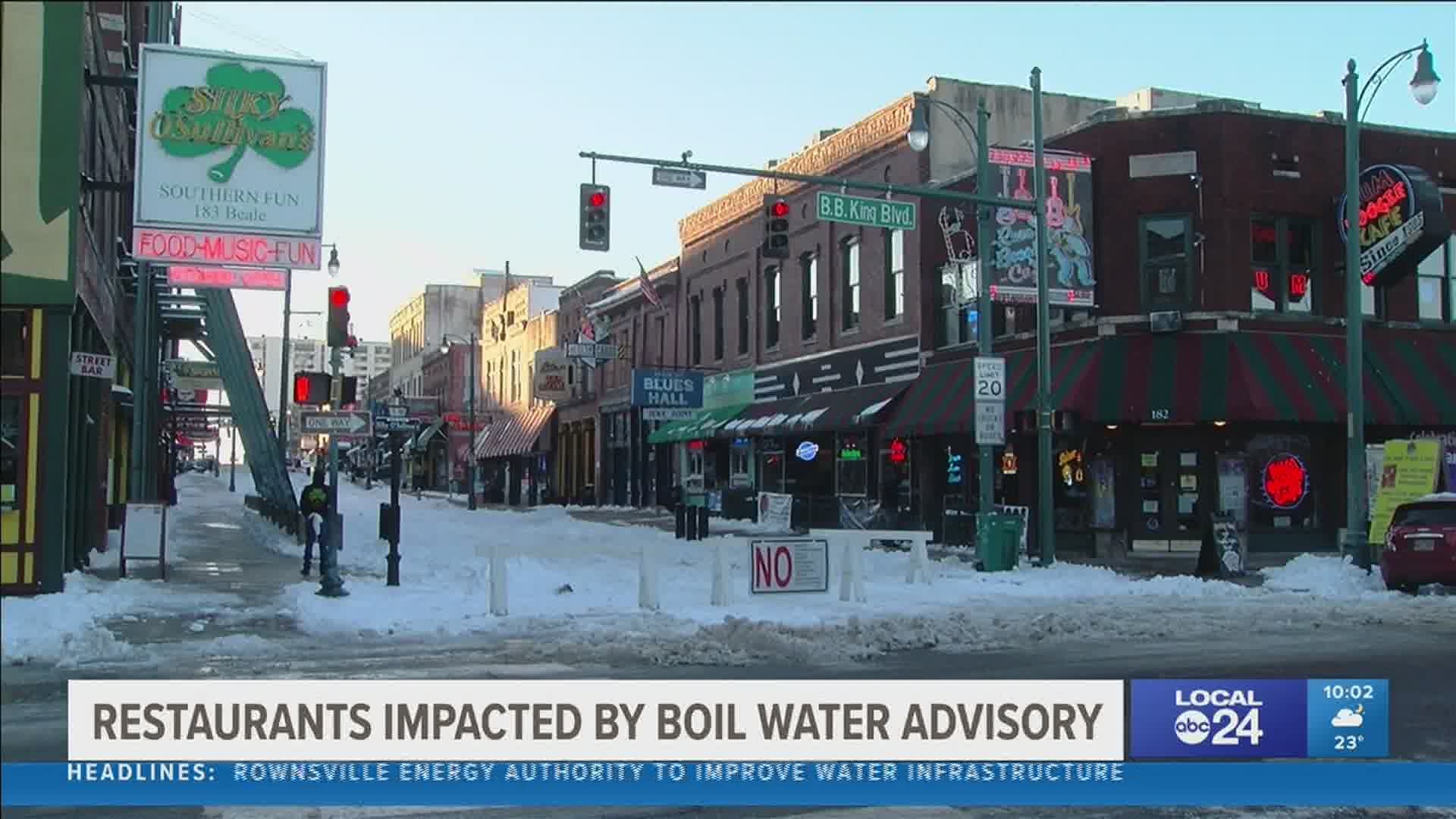 MEMPHIS, Tennessee — It’s already been a trying time for restaurants in Memphis, from COVID-19 restrictions and fighting to stay open in a pandemic, but one business owner said they’re being resilient in the face of this latest impact.

Silky O' Sullivan’s opened for the first time Friday this week due to snowy conditions and they’re already facing a new hurdle when it comes to prepping food and serving customers.

Sullivan said they’re prepared to abide by the recent boil water advisory for Shelby County and stay open for diners.

“It’s very easy for us to put saran wrap around the juice guns, turn off the ice machine and that sort of thing.”

Why do I have to boil water? #MLGW is asking all customers to boil water as a precaution. Freezing weather has put a strain on our water reservoirs and made it possible for harmful bacteria to enter the water system. #MLGWNews #MLGWTips #ServingYouIsWhatWeDo pic.twitter.com/RC355FdWSm

“All of their feedback was adopted into this last health directive but what a gut punch that the snowstorm hit that the boil water advisory was issued by MLGW for the first time,” said Shelby County Mayor Lee Harris.

“You’ve got to be able to respond to a changing environment and you just never know which way it’s going to go,” said Sullivan.

MLGW says it doesn’t have a firm date on when the advisory will be lifted. They say they’ll notify customers when it’s no longer necessary to boil water.