In Crittenden County, Arkansas many resident are still without power spending the day outside clearing debris. 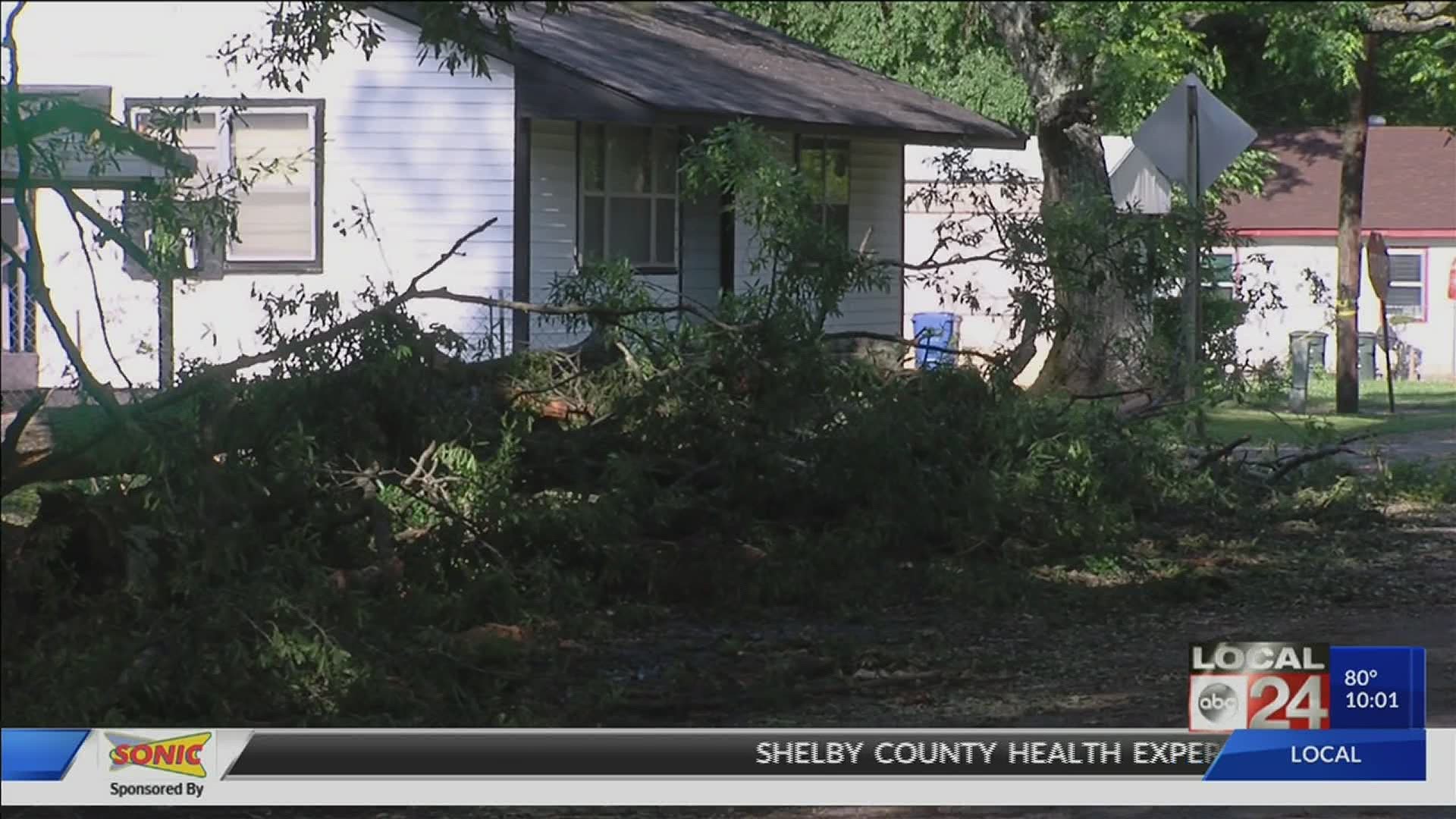 It's another hard blow on top of the already stressful pandemic.

All throughout the city of Earle, you'll see downed wires, poles, and trees as a result of Friday's storm It left many residents in shock.

"All I could say was thank you God. Thank you, God. It was got that brought us through that,” said Stephanie Warren, an Earle, Crittenden County resident.

Tree after tree fell on each other during Friday’s storm.

"We were just frantic. It was really indescribable. I really can't say how I felt at that moment, but it was something that shocked me,” said Warren.

She and her family were trapped inside.

"My neighbor got the window up and he was able to get us out," said Warren.

The Superintendent was there Saturday to take a look at the damage.

"The roof was blown off of our annex, which is next to our new elementary school. A piece of that roof flew into our new building, punctured the roof and we sustained water damage. You can see daylight from the inside of the new building,” said Tish Knowles, Earle School District Superintendent.

Thankfully, no one was in the building.

"Oh my goodness. You know if it had been a normal school day with children at school without COVID-19, we would have had people at the end of the day,” said Knowles.

As many are without power, debris and wires scattered throughout the streets, the unity in this community remains intact.

"I'm very thankful for the people in my community. Earle, we've always been that close net," said Warren.

The Superintendent said crews will be out over the next couple days clearing debris and water from buildings.

Many residents are still without power but are leaning on each other for support.

RELATED: MLGW informs the public that it is working to restore power to all that was effected by Friday's storm