What's next for City of Memphis crews cleaning up streets after the winter storm?

Winter storm 2021 might be gone, but it leaves behind several changes Memphis City crews will be cleaning up for days to come. 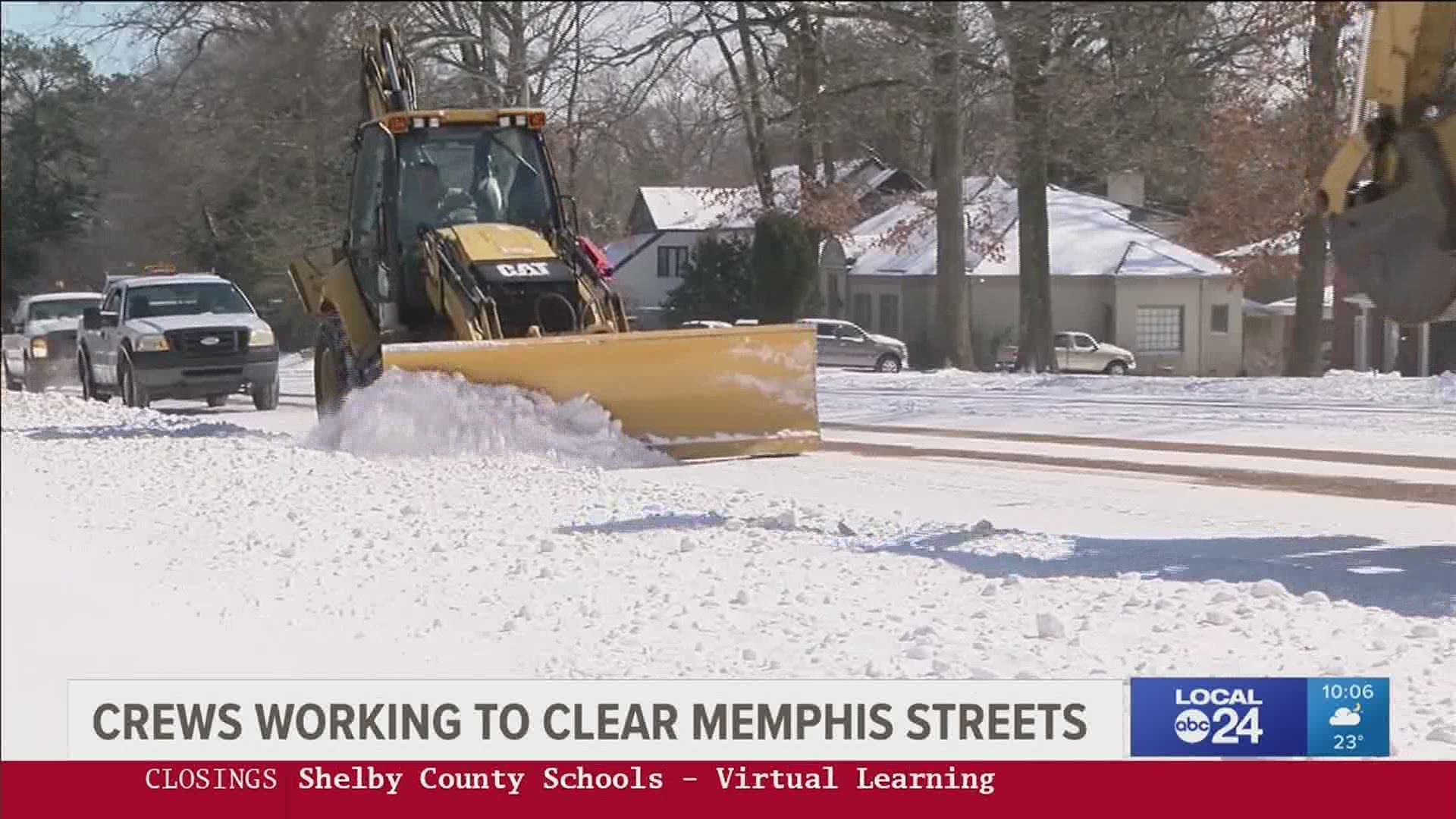 MEMPHIS, Tenn. — It's been quite a week for City of Memphis road crews with snow coming down in inches and inches and limited equipment.

It was impossible to keep up and while they're making progress now that the snow has stopped the Department of Public Works is bracing for what's next: everything from street flooding to pot holes.

"Our staff has been working very hard. We've been running constantly throughout this event," said Robert Knecht, Public Works Director.

And with the record snowfall seen in the Midsouth the receipts show this winter episode is far from over.

"We actually worked in preparation for several days in advance of it, so our staff has worked quite a bit of time, overtime in hours ," said Knecht.

Since Sunday he says plow contractors and salt and brine crews have put in a many as 18 hours a day clearing roadways until around 11 pm and starting over early the next day.

"Again as we get caught up moving into the next couple of days  we'll be reallocating our plowing operations," said Knecht.

Now that the snow has passed it's time to look towards the next challenges the winter blast leaves behind.

"We intend to keep the contractors on as long as we need them, which will potentially be through Sunday, maybe an extra day," said Knecht.

Memphis has nearly 7,500 miles of streets to maintain and 800 of those are are major streets and priority in the clean-up phase.

Each of the 13 city plows and 6 additional from TDOT will be needed to cover that territory as the next possible wave of winter weather fallout begins.

"Our crews that are currently involved in snow and ice will be shifting some of them to the flooding challenges, so that will be one of the concerns," said Knecht.

He explains the possibility of the city's drainage system being overwhelmed by large amounts of water that was once ice and snow.

After that it's on to the familiar pot holes holding weeks more of challenges for Memphis drivers.