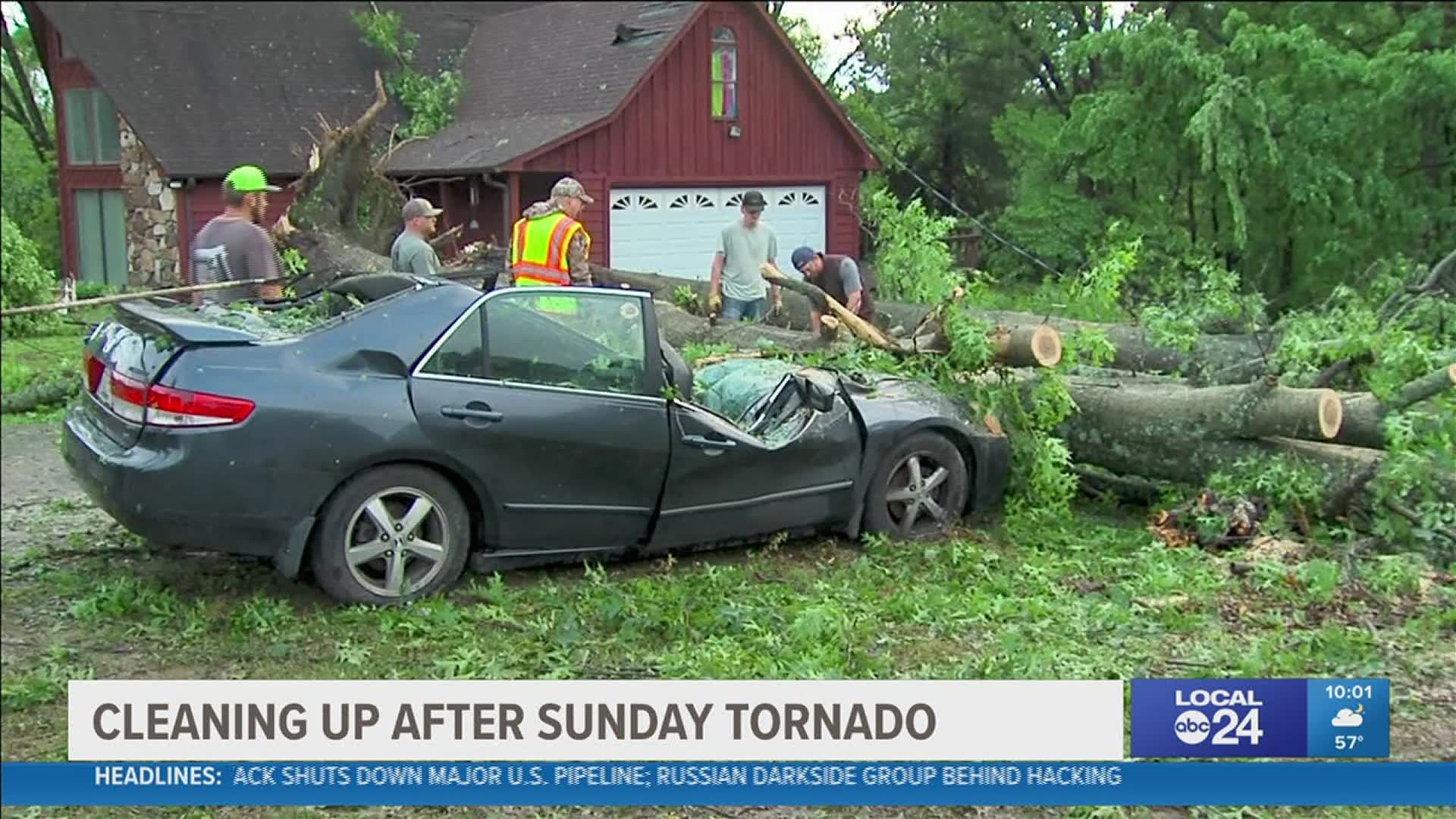 DRUMMONDS, Tenn. — Clean-up efforts in Tipton County are continuing after an EF-1 tornado ripped through parts of it Sunday evening. No one was reported injured, but many yards and homes had some damage.

George Willis never expected the extensive damage the storm would cause to his property. The shock set in quickly after it happened.

His family's yard became unrecognizable in a matter of seconds. One of his cars was masked by a large tree, branches and tree limbs barricaded the door of their storm shelter, and the pool was filled with debris.

His family has lived on this property for over 100 years and has never before faced a tornado with this much damage. Willis said what is most important was left out of harm's way.

"The blessing is that nobody got hurt," Willis said.

"I got my family, I got my friends, that’s all I need"

Drummonds resident George Willis got emotional seeing his community come together to clean up after the tornado. @LocalMemphis pic.twitter.com/NNtp0GXvMn

Several people on his street spent Monday afternoon with chainsaws and tractors so fallen trees could be cleared away and backyards cleaned up. Willis said this has only served as a reminder of how strong his family and community are.

"We might not all get along sometimes, but with something like this people just come together," Willis said.

Clean is expected to last weeks, but nothing was damaged beyond repair. Willis said his family and neighbors remaining safe through this is what he is most grateful for.