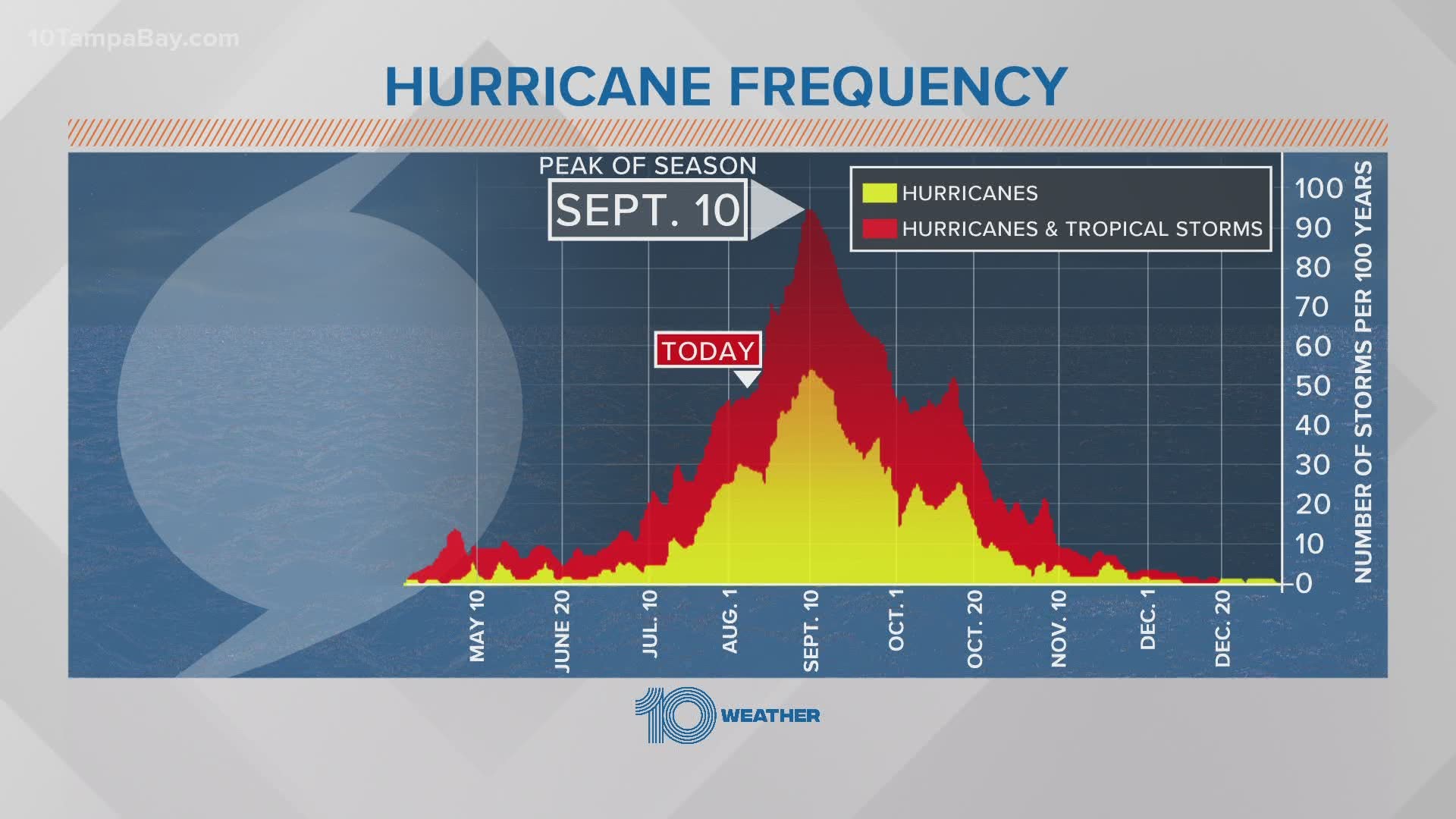 Colorado State University (CSU) hurricane researchers have updated their forecast and now call for a number of storms that is nearly double what is average.

As we continue to near our way toward the historical peak of the season, CSU is calling their forecast an "extremely active" 2020 Atlantic hurricane season. The new forecast is calling for 24 named storms and 12 hurricanes. This includes the 11 storms and two hurricanes we’ve already seen.

According to Dr. Philip Klotzbach with Colorado State University, sea surface temperatures are currently the 4th warmest on record. Not only do warmer waters add fuel to these tropical cyclones, but they also help keep the atmosphere above less stable.

The forecast also calls for five major (Category 3 or higher) hurricanes to develop. CSU anticipates an above-normal probability for major hurricanes making landfall along the continental United States coastline and in the Caribbean.

As is the case with all hurricane seasons, coastal residents are reminded that it only takes one hurricane making landfall to make it an active season for them. They should prepare the same for every season, regardless of how much activity is predicted.

As we inch our way closer to late October, vertical wind shear tends to increase, leading to a significant decrease in activity. However, hurricane season continues until November 30th.

The National Oceanic and Atmospheric Administration (NOAA) will issue their updated 2020 hurricane season forecast at 11 a.m. on Thursday.