Hardest hit was TSU’s agricultural farm, a farm that is nationally recognized for its cattle research. 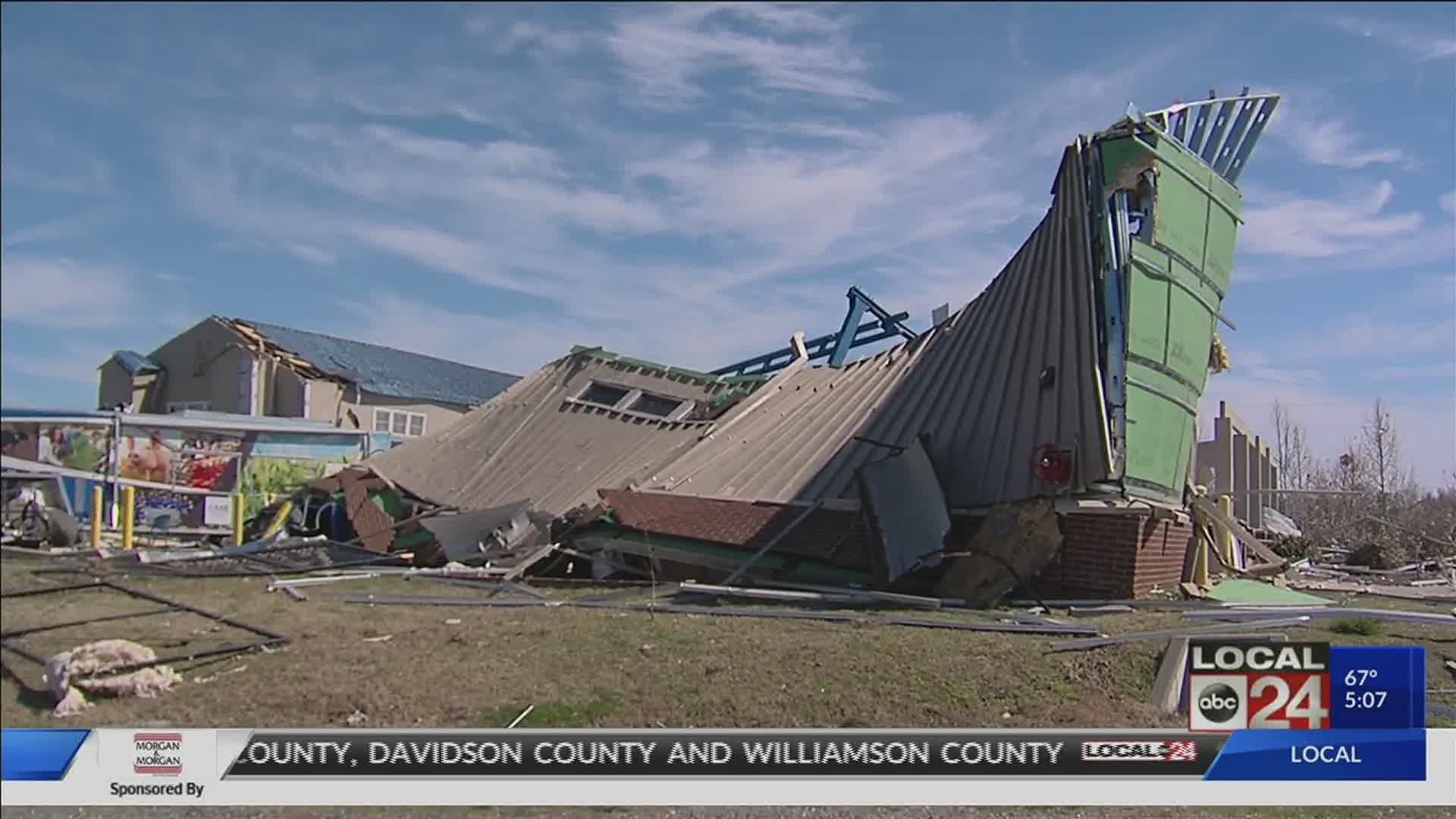 NASHVILLE, Tenn. — Oftentimes when we think of officials and leaders, we sometimes forget their human too. Local 24 News Weeknight Anchor Katina Rankin has the scary moments Memphis native and Tennessee State University President Dr. Glenda Glover experienced during the storm.

Dr. Glover had to hit the floor when the tornado rolled through. And people who live just two to three miles from her home lost their lives. We talked to her on a personal level on what it was like to live through that experience.

"There were lots of sirens,” said Dr. Glover.

Dr. Glover is reliving the tornado that rolled through Nashville last week. It is the first tornado that has hit so close to home, literally.

“They said seek shelter now, so that’s what I did. I just grabbed the comforter off the bed and got in the bathtub with a pillow and my keys and a cell phone,” said Dr. Glover.

And while she’s used to running multi-million dollar establishments, she says nothing can prepare you for when Mother Nature decides to twist through.

"It was quite traumatic.” 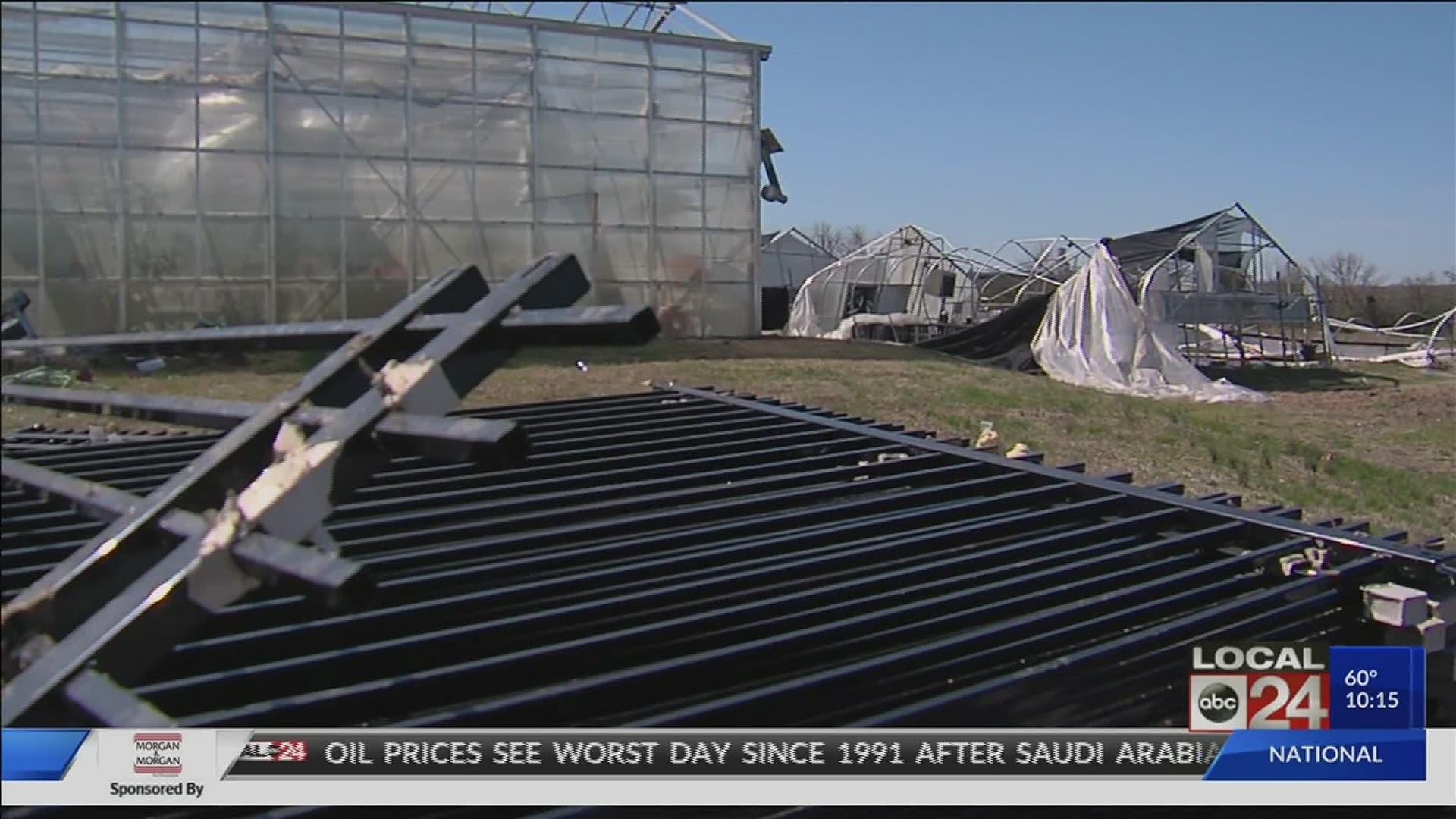 After the storm passed, she learned of lives lost just three miles from where she took cover.

"It was just very unfortunate there was some lives lost,” said Dr. Glover. “We mourn those families. I’m just so thankful TSU didn’t sustain loss of life.”

After Glover made it through the storm, she immediately thought about her students and staff at TSU and went to assess the damage.

The good news: it was during spring break so must students were not on campus. But the damage will affect national research.

"This is our stem building. These two buildings were vital to our agriculture, entire agricultural complex. And the whole complex was destroyed as you can see,” said Dr. Glover. “This is the greenhouse. In fact, we had six greenhouses that were destroyed. The glass on the ground - that was the roof that was knocked down.”

Hardest hit was TSU’s agricultural farm, a farm that is nationally recognized for its cattle research.

"For the USDA, we study the effects of animals and apply that to a larger scale to humans. So, we’re one of their star and prized partners in doing that type of research,” said Dr. Glover.

For three of the four buildings, mangled, twisted metal is all that’s left. On other parts of the campus you see signs damaged, rooftops ripped off buildings, power lines down, trees uprooted, and debris just scattered across the campus.

Katina says, “I’m looking at all of this damage. To my right and your left is where students used to actually have class.” 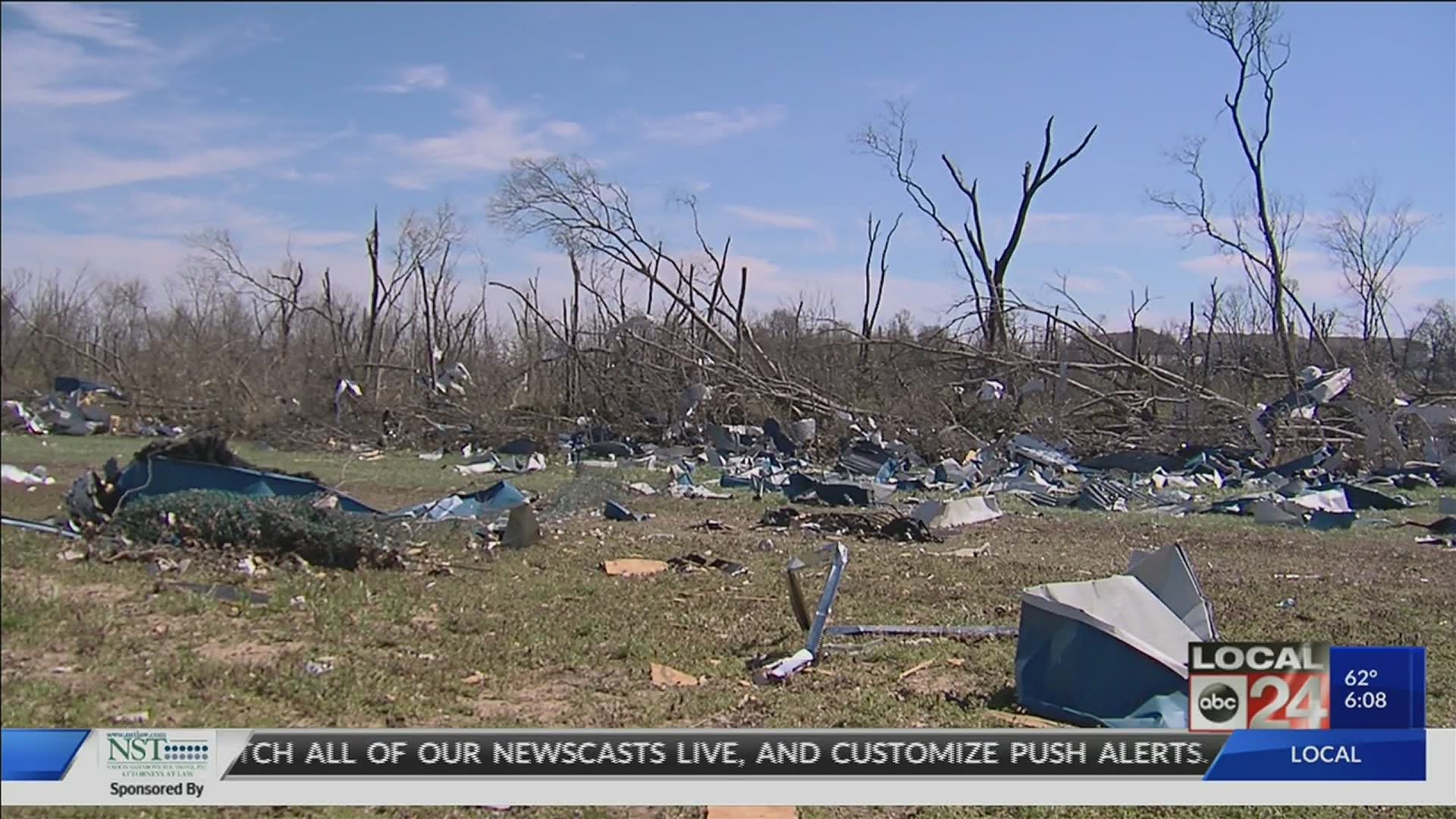 Katina continues, “To the left I’m looking at the greenhouse and other buildings that are damaged and the farm. How do you plan to rebuild?”

"The Governor came by, so what we’re doing now is assessments. So, we’re going to go back and continue to meet with them for how we’re going to get started,” said Dr. Glover.

So, why look at TSU with no human life lost? Twenty-five (25%) percent of TSU students are from the Bluff City, and TSU is one of only six Historically Black Colleges and Universities in the state of Tennessee. HBCUs generally receive less funds than other universities. Yet, Glover says they produce great graduates and are vital to society.

"Oprah attended TSU and so many other greats that did,” said Glover. “Levi Watkins. Dr. Watkins invented the heart defibrillator that shocks the heart back to life. Over two-million people have benefitted from that. I attended here and finished in 1974, so I’ve come full circle as a student here to come back to be President.”

Classes were held on campus Monday. If you’d like to help with recovery efforts, just click on this link.