Drought conditions in Iowa felt in farm fields and waterways

The state's continued dry conditions have many worried about what the next few months will bring. 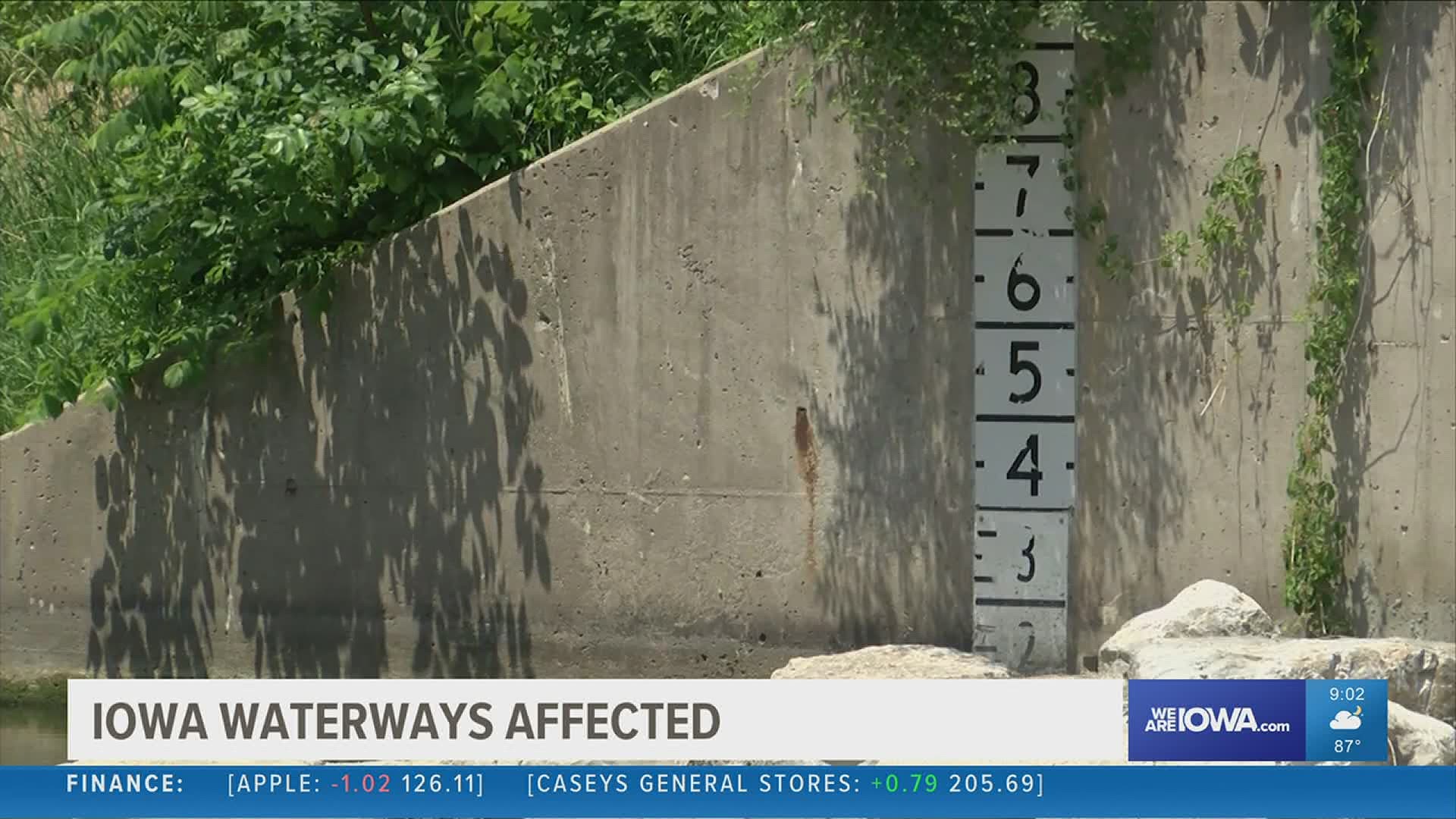 PRAIRIE CITY, Iowa — Rick Dietz has been paddling Iowa's rivers for most of his life. He says conditions on the North Skunk River in Ames are getting worse for paddlers.

"It's been challenging to find places to paddle because the low water levels," Dietz said.

"The plant is actually putting that wax on its leaves trying to protect itself trying to hold on to the moisture," said Will Cannon, a farmer corn and soybean farmer in Prairie City.

Cannon's crops are doing alright, for now, thanks to stored up moisture in the soil.

"But it's just like your bank account, though, if you just keep withdrawing all the time, eventually, you get to zero," Cannon said. "So that's the concern as farmers right now."

RELATED: LOCAL 5 FORECAST: Scattered storms are moving through parts of Iowa this morning

"The hot temperatures certainly stress that crop without some measurable rain or significant rain," Iowa Agriculture Secretary Mike Naig said. "The next week to ten days you're going to start seeing some challenges from a crop standpoint."

In the metro, Des Moines Water Works is asking residents to conserve water by doing things like limiting how often people water their lawns.

Meanwhile, many are now wondering what the next few weeks or months will look like.

"As a farmer, you always learn to have some humility because you never know what Mother Nature is going to serve you up," Cannon said.