An average of 7,000 people a year and 20 people a day die waiting on donor organs. 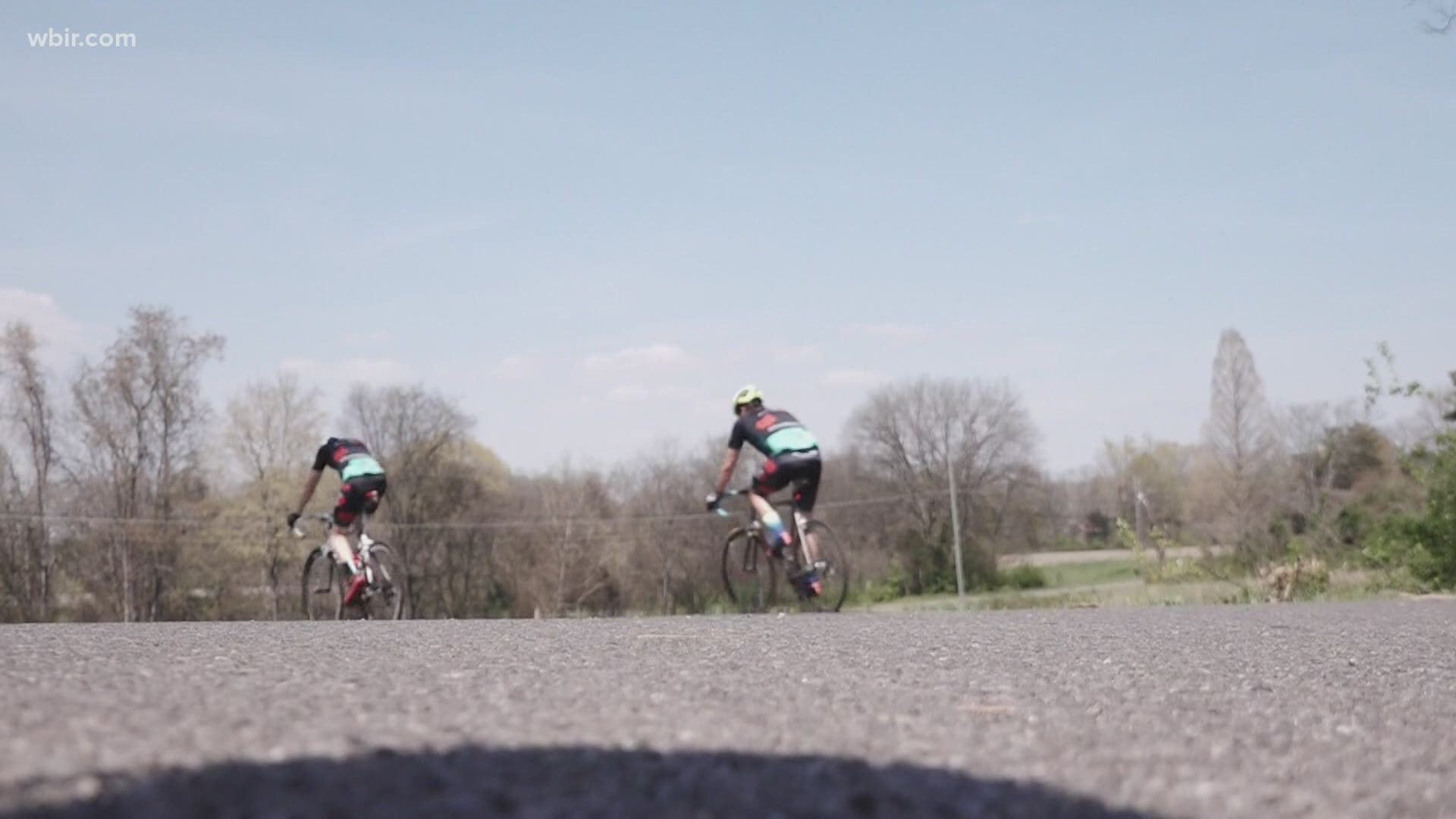 KNOXVILLE, Tenn. — April is National Donate Life Month and a local group of cyclists will be riding a relay across Tennessee to encourage people to register as a donor.

Throughout the week of April 12, five groups will ride across the state. Donning jerseys with green and black and the organization's red bow, John Switow, Greg Miller and Kevin Myers will ride from Knoxville to Bristol to show support for the cause.

Miller and Myers will be riding a tandem bike, with Miller in front and Myers in back. Myers is blind, and both have raced together on the Paralympic National team in previous years.

"I've learned a lot about organ donation," said Miller. "The three numbers that stick in my mind is 100,000 people are on a waiting list nationally. One person can save 8 lives. It's a remarkable thing for us to do as our last act, and 75 people can be aided medically by organ donations."

Miller has seen friends benefit from the gift of organ donations. He said one friend received cornea transplants after he was wounded in Iraq.

For Switow, the journey will also be personal. He's an avid cyclist, a hobby that resurfaced when his son first learned to ride a bike.

"When our son was 6, I thought I'll get a little mountain bike and we can ride greenways and stuff. It has evolved from there," Switow said.

And next week, Switow's hobby will take him and a team of cyclists across the state in a relay to raise awareness that people have the power to donate life through the organization Be The Gift.

"It's to highlight organ donation, organ transplants, to spur people into taking the position of 'I'm going to be an organ donor' a little more seriously," Switow explained.

It's a serious decision that some people make. However, some others forget about it and some people who wish to donate their organs simply don't have those wishes followed through with. 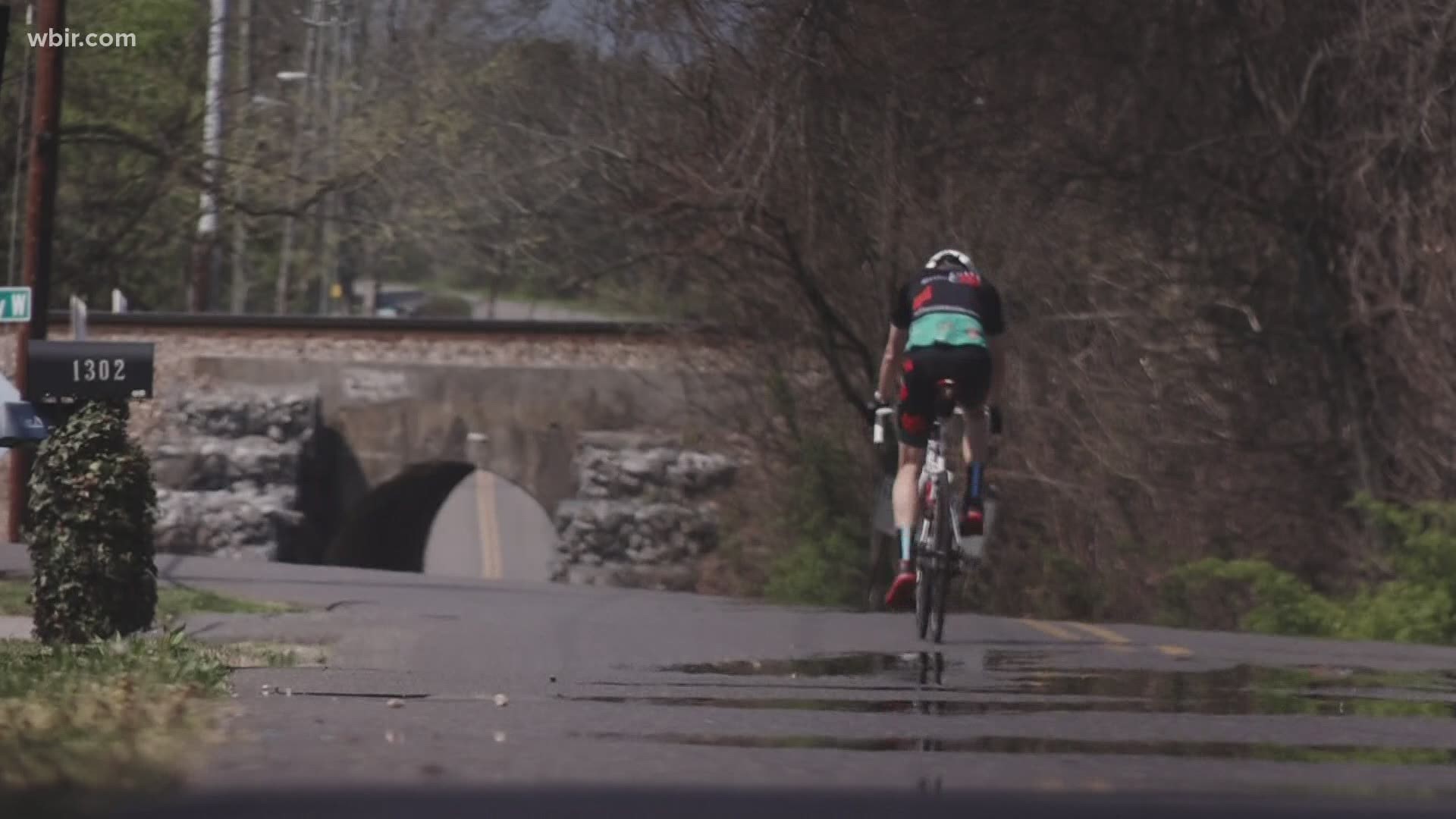 "So many people pass who have the good intention of signing that license and that it will be followed through with, but in the grief of someone passing sometimes, they end up being buried or cremated and their organs are not taken," said Switow.

If people sign up to donate through the website, it brings more assurance those organs will be used and that they may save someone else's life. It's a serious decision that he's made before.

"In our son's case, it was heart valves and his brain," he said.

His son Blake died from a rare neurological disease called Adrenoleukodystrophy, or ALD, just shy of his 20th birthday. It's a progressive illness that slowly robbed him of his ability to use his muscles, sight, and speech.

"I do visit with Blake a lot when I'm riding," Switow said.

Blake's brain was able to be donated for research and his heart valves could be given to help someone on a donor list.

The list is increasingly long, as the need for organs across the country stays high.

The experience opened his eyes to how he can give life when his time is up.

"I always thought I was too old and that people wouldn't want anything from me, ut there is a large percentage of donors that are 50+," he said.

If you want to register for the donor list, discuss your wishes with your family and register at bethegifttoday.com

Don't forget to share your registration on social media. Get a bow and take a selfie!

Monetary donations can also be made which will help send a team to the Transplant Games of America.

Reporter Note: Thanks to the incredible efforts by John Switow and his wife, Kathy, ever since April 2018 every child born in the state of Tennessee is tested for Adrenoleukodystrophy. This allows doctors to catch the disease at birth, monitor, and potentially save kids lives. We first featured Blake Switow's story in 2015.