They say the rules for using the money are an issue because they have not fully reopened. 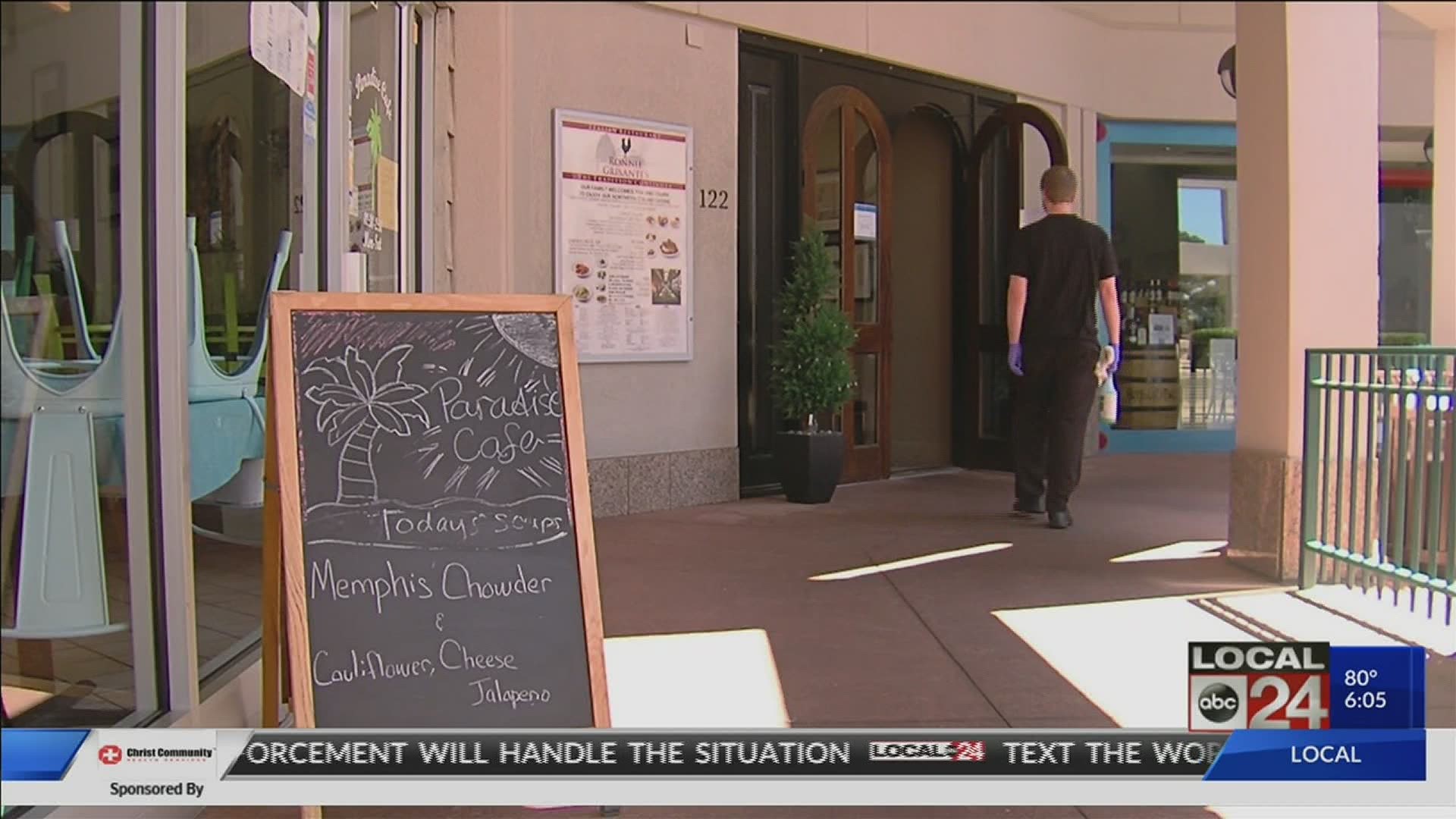 MEMPHIS, Tenn. — The owners of a popular East Memphis restaurant hope the federal government changes the rules when it comes to the PPP Loans that were given to small businesses across the country to help pay the bills during the COVID-19 crisis.

Money from the Payroll Protection Program has to be spent by the end of June or it has to be paid back, which business owners say can be difficult, if they have only partially reopened or not yet opened back up.

Ronnie Grisanti's restaurant is only open for takeout and delivery. Owners decided it was too early to open the dining room up to the public.

"We didn't open on the first day and we are still not open, and we're thinking of opening June 1st if we can figure out how to do hospitality in masks and gloves," says Randi Belisomo, Executive Manager.

By sticking with curbside and deliver, Belisomo says they don't need to rehire to the full capacity they had before the COVID-19 closure. Which is a problem, because that's a requirement of the payroll protection program.

75% of the money is supposed to be spent on employee wages. And it needs to be spent in the next few weeks.

"We can't employ people to stand around," said Belisomo "We're not going to reopen so we can spend down this money. We might just have to pay it back."

Belisomo says even if they did open up the dining room, according to the City of Memphis, it can only be at 50% capacity, so they still wouldn't need the full staff.

"We're hoping Congress changes the rules and allows that clock to start from the date we fully reopen, and we reopen at full capacity," said Belisomo.

Belisomo says while she is grateful Ronnie Grisanti's received the money, she said in the end they will likely have to give it back.

“It's an 8-week band-aid for what we foresee as being an 18-month problem. Because the problems in the restaurant industry are going to linger for a long time."