(CITY OF MEMPHIS RELEASE) – The City of Memphis, the University of Memphis and Tennis Memphis have partnered to renovate the Leftwich Tennis Center in Aud... 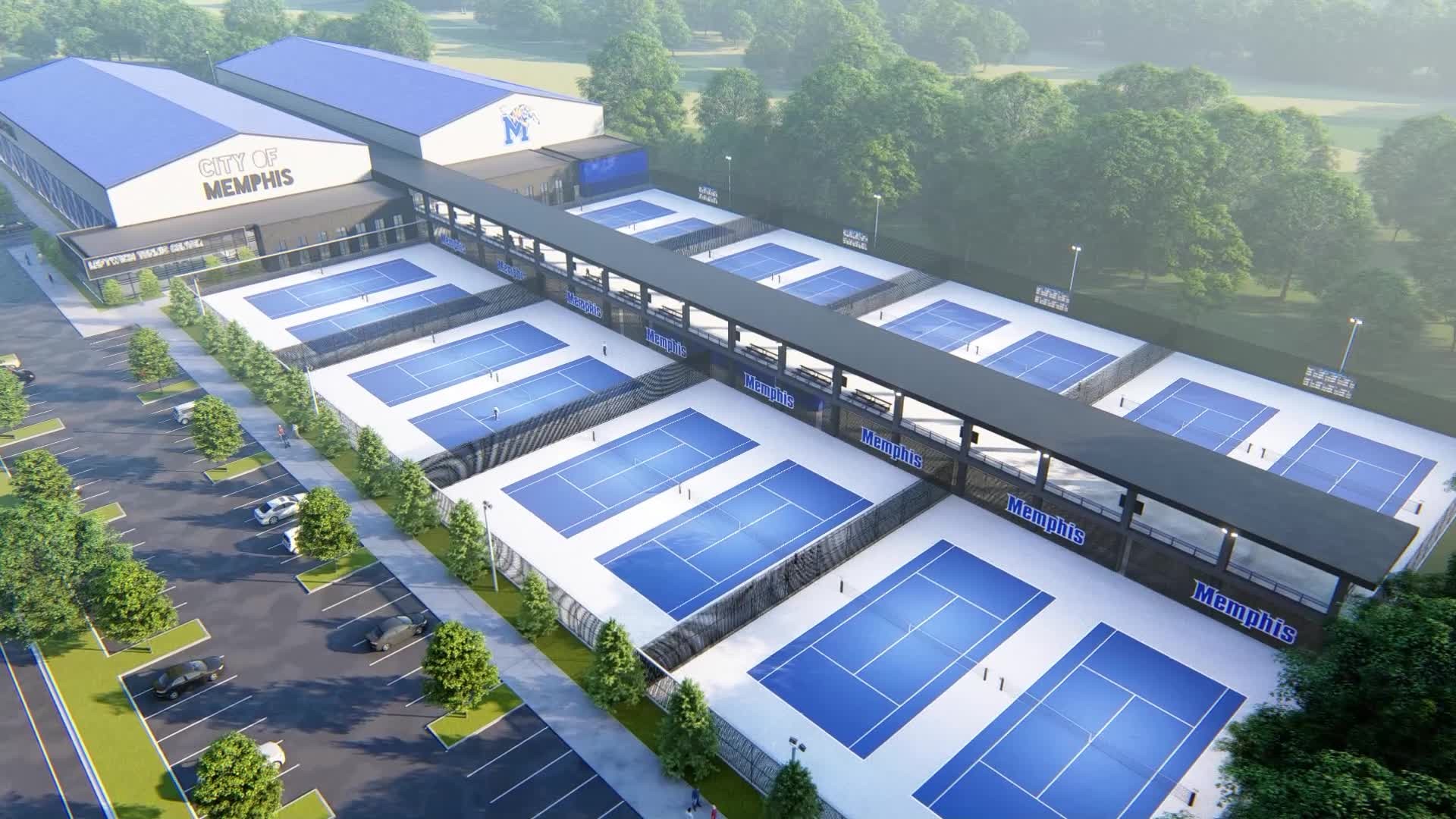 “I can’t say enough about how excited I am for this projectto begin,” Mayor Jim Strickland said. “And, I’m not the only one. Thephilanthropic support shown for this has been exceptional. Not only will thisbe a tremendous asset for the University, but it will be a true gem for ourcommunity and all tennis lovers.”

Located on Southern Ave. just east of the University ofMemphis campus, the new Leftwich will remain a public tennis center open forthe use of all citizens for leisure and competitive tennis play, teaching andclinics. In addition, it will serve as the home of the Tigers men’s and women’stennis teams. The Racquet Club of Memphis, which closed this past spring, hadbeen the home of the University’s tennis teams since 2009.

“The University of Memphis has been working very closely inpartnership with the City of Memphis and Tennis Memphis on the new home for ourTigers men’s and women’s tennis programs,” said UofM President M. David Rudd.“It will be one of the finest tennis facilities in the country, one that all Memphianswill be proud of. It is fitting that this is a City-University project becausethere is a tremendous amount of momentum both on our beautiful campus and inour wonderful city.”

“Being a lifelong Memphian and Tiger, I am so excited aboutthis partnership between a University that is in my blood and a city that isdear to my heart,” said University of Memphis interim athletic director AlliePrescott. “The new Leftwich Tennis Center will be phenomenal, and our men’s andwomen’s tennis teams will be able to play and train in what will be one of the nation’sbest. I am extremely thankful for the leadership of Mayor Strickland andPresident Rudd and for the generosity of so many of our wonderful donors. Thiswould not be possible without all of them.”

“What an amazing time for tennis in Memphis,” said Memphishead men’s tennis coach Paul Goebel. “This new, state-of-the-art facility willbenefit the University of Memphis tennis programs along with numerous localtennis groups and players. It will now be possible to host major events thatwill attract thousands of out-of-town visitors each year. The facility will beopen to anyone and will give locals a fantastic place to come and enjoy playingtennis daily.”

Leftwich Tennis Center will be able to attract majornational tennis tournaments as well as NCAA and conference championships.

“The project between the City of Memphis and the Universityof Memphis is very exciting and will provide all Memphis tennis players a greatvenue to call home,” said Memphis head women’s tennis coach Hayden Perez. “Thefacility will play an important role in the recruiting process as we attempt toattract the best junior players from around the world to the University ofMemphis. We will have the ability to host different types of junior andprofessional events for our future and current players, and it will aid intheir development. I am looking forward to the next phases in the process.”

The men’s and women’s tennis teams will play and practice atMUS, Rhodes College and other public tennis centers throughout the city untilconstruction is completed in January 2021.