The DEA says there has been a significant, nationwide surge in counterfeit pills that are being mass-produced by criminal drug networks in labs. 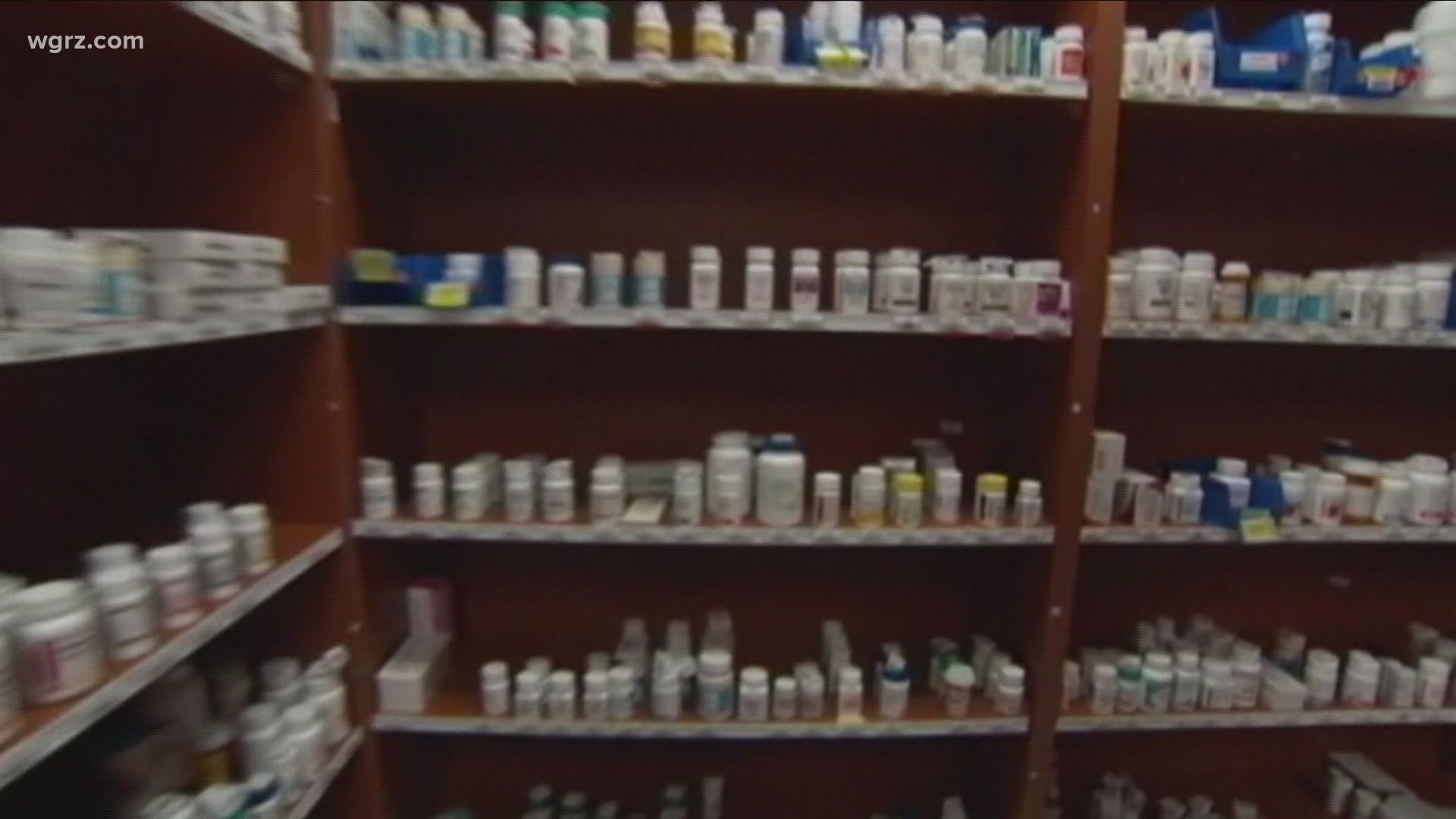 BUFFALO, N.Y. — The Drug Enforcement Administration (DEA) is issuing an alert for the increase in fake prescription pills containing fentanyl and methamphetamine.

The DEA says there has been a significant, nationwide surge in counterfeit pills that are being mass-produced by criminal drug networks in labs. These drugs, they say, are being marketed as legitimate prescription pills, and are causing the deaths of unsuspecting at a high rate.

The DEA says the counterfeit pills contain at least two milligrams of fentanyl, which is considered a lethal dose.

The counterfeit pills look like real prescription opioid medications such as oxycodone, hydrocodone, and alprazolam; or stimulants like amphetamines. The pills are often sold on social media and e-commerce platforms – making them available to anyone with a smartphone, including children.

“The United States is facing an unprecedented crisis of overdose deaths fueled by illegally manufactured fentanyl and methamphetamine,” said Anne Milgram, Administrator of the Drug Enforcement Administration in a released statement. “Counterfeit pills that contain these dangerous and extremely addictive drugs are more lethal and more accessible than ever before. In fact, DEA lab analyses reveal that two out of every five fake pills with fentanyl contain a potentially lethal dose. DEA is focusing resources on taking down the violent drug traffickers causing the greatest harm and posing the greatest threat to the safety and health of Americans. Today, we are alerting the public to this danger so that people have the information they need to protect themselves and their children.”

Ray Donovan, Special Agent in Charge New York Division said, “As drug cartels continue to push fentanyl into users’ hands, they have developed a profitable and potent dose in the form of a pill.  Like a wolf in sheep’s clothing, these pills are lethal.   DEA seizures of counterfeit pills made with fentanyl, methamphetamine, and other illegal drugs have increased 113% in the New York area.   And counterfeit pill investigations in New York have increased 300%.  This public safety alert is a warning to all New Yorkers that what they think may be a prescription pill, has a 42% chance of containing a lethal dose of fentanyl.  This is also a reminder that the only safe prescription pill is one legitimately prescribed by your doctor for a legitimate reason.”

The DEA says the majority of the fake pills that are brought into the United States are produced in Mexico. They say China is supplying the chemicals to make the fentanyl in Mexico.