The two men were arrested after a seven-month investigation. 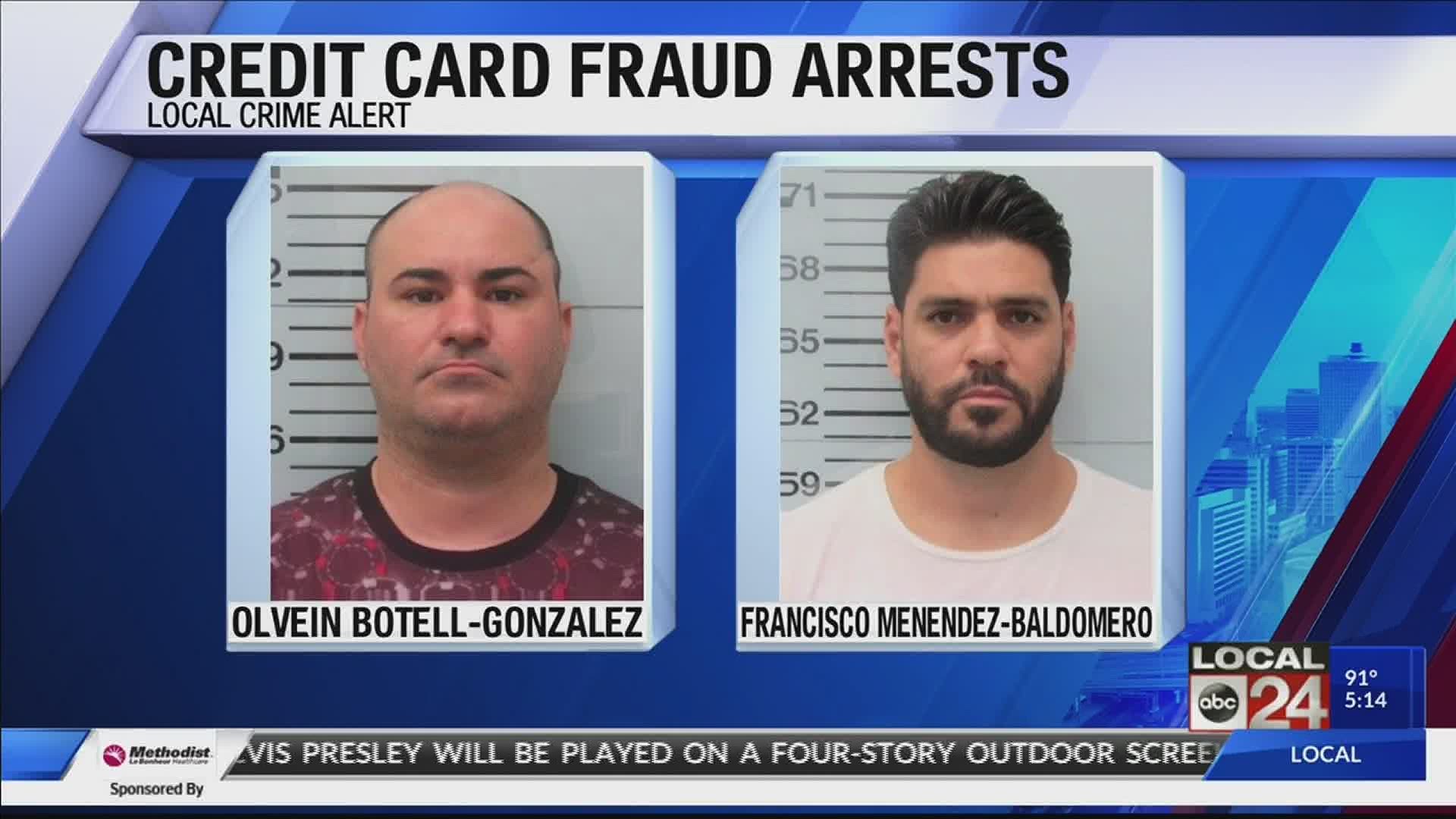 Oxford police say the investigation began back in January when they got a report of credit card fraud, but the victim still had the card. Over the next seven months, police say more victims came forward with similar stories.

Investigators say Olvein Botell-Gonzalez and Francisco Menendez-Baldomero were seen on video working together by withdrawing money from ATMs using counterfeit cards. Investigators say the men would use a different vehicle each time, stay for a short time, then leave the area.

Gonzalez and Baldomero, both from Miami, were arrested August 1st in Southaven as they crossed the state line from Tennessee. Investigators say the suspects were in a rental van full of cash, lots of counterfeit credit, debit, and gift cards, and a set of keys used to unlock gas pumps.

Officials found where the men were staying in Tunica, and a search turned up the devices used to steal credit card numbers and make fake cards.

Investigators say the men had committed the crimes across the state, and possibly several other states.

The United States Secret Service joined the investigation, and the case has been referred for federal prosecution.