A 20-year-old man pled guilty Wednesday in the shooting death of an acquaintance during an argument in a dice game in the Riverside Park area south of Downtown,... 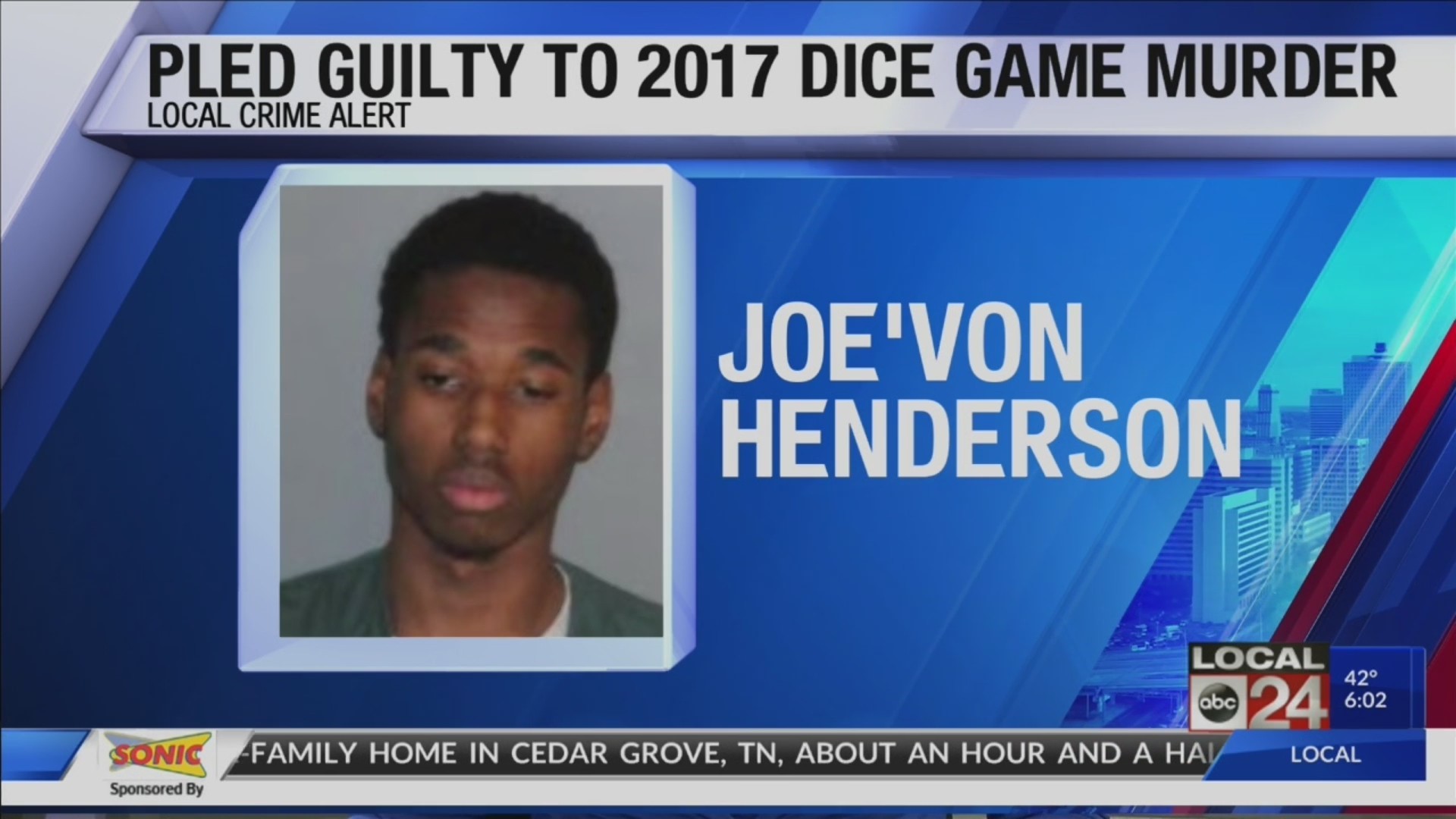 (SHELBY COUNTY D.A, NEWS RELEASE) – A 20-year-old man pled guiltyWednesday in the shooting death of an acquaintance during an argument in a dicegame in the Riverside Park area south of Downtown, said Shelby County Dist.Atty. Gen. Amy Weirich.

Defendant Joe’Von Henderson pled guilty to voluntary manslaughterand was sentenced to 13½ years in prison in a settlement approved by CriminalCourt Judge Glenn Wright.

The shooting occurred shortly after midnight on April 21, 2017,behind a residence in the 200 block of Vaal Ave. where a group was playingdice. During the game Henderson, then 17, got into an argument with 19-year-oldKelton Guy and when the dispute became physical Henderson pulled a gun and shotGuy, killing him.

The case was handled by Felony Asst. Jimmy Thomas of the DistrictAttorney’s Vertical Team 2 which handles cases in General Sessions Division 9and Criminal Court Division 2.