Debra Hunter was arrested and charged with misdemeanor assault in June of 2020 after the victim recorded Hunter deliberately coughing on her. 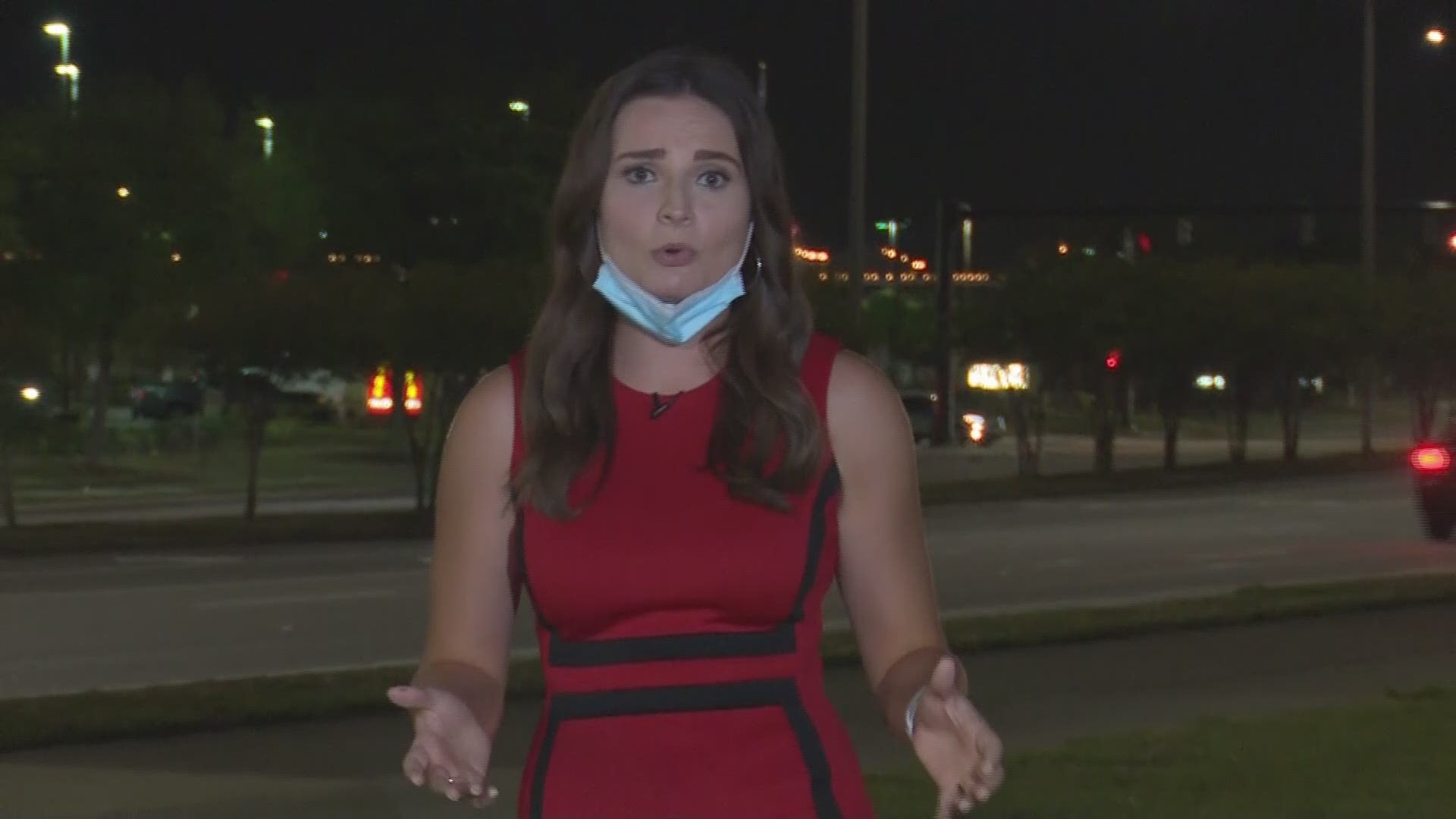 JACKSONVILLE, Fla. — After three hours of emotional testimony, the woman who went viral after coughing on a fellow customer at a Jacksonville Pier 1 has been sentenced to 30 days in Duval County Jail with credit for one day previously served.

In addition, the judge ordered Debra Hunter to six months probation and said she must participate in a mental health evaluation along with anger management.

She was also given a $500 fine, and must pay restitution to cover the costs the victim incurred for a COVID-19 test.

Hunter was arrested and charged with misdemeanor assault in June of 2020 after the victim recorded Hunter deliberately coughing on her after a squabble with employees inside the Town Center store.

On Thursday, the judge heard from five more witnesses on Hunter’s behalf, including her husband. Doug Hunter spoke about her good character and the numerous hardships their family faced leading up to the incident, such as losing everything they owned to a house fire.

“It was like air being inflated into a balloon, and it finally got to the point where she couldn’t handle any more air," he explained. "And then she finally rubbed up against something and just popped.“

Hunter herself also offered testimony, which focused on her family paying the price for her mistakes. She told the judge her children continue to lose friends, and that they don’t go out in their community anymore.

“I watch as my kids lower their heads and turn the opposite direction, so they won’t be recognized or approached," Hunter said holding back tears. "And I know exactly what they’re feeling because I do the same thing.“

The judge also heard from the victim Heather Sprague who spoke about the anxiety she felt after the cough – as a brain tumor patient and a mother of 10.

“I was stunned in the moment, and increasingly fearful in the aftermath," she said “I worried for the health and safety of my children, and wondered how in the world I could possibly isolate to protect them – in a household of 12 – if I had been intentionally infected.”

Sprague told the judge she still feels strongly that there should be accountability for Debra Hunter’s actions, which is why she chose to report the assault.

“As the criminal case has progressed, each time I have been called upon to interact with the process, I again experience that anxiety and anger and other emotions associated with the events.“

The sentence decision follows more than seven months of court hearings and three plea deal attempts, which were all struck down. Last month, the sentencing process began with Hunter's neighbor testifying about her good character and the remorse she feels about that day.

"I'm asking you Judge [James] Ruth that in the moment you go about serving justice to Debra, please try to empathize with how difficult it must be for her to attempt to move forward each new day through the relentless court of public opinion that will neither forgive or forget," the neighbor said.

First Coast News also obtained documents that comprised of letters from witnesses and Hunter, including one she wrote to the victim, along with two-dozen pages of threats and profane insults, among the thousands the Nassau County woman said she received as the video of her assault went viral.

HAPPENING NOW: The woman who went viral after coughing on a fellow customer at a Jacksonville Pier 1 in the early days of the COVID-19 pandemic is expected to be sentenced.

First, five witnesses will be speaking on Debra Hunter’s behalf, including her husband. @FCN2go pic.twitter.com/CQ1shGW94p

RELATED: Sentencing begins for woman who coughed on cancer patient in Jacksonville Pier 1