A lesson in the classroom is helping a student live out her dreams of becoming a pilot. 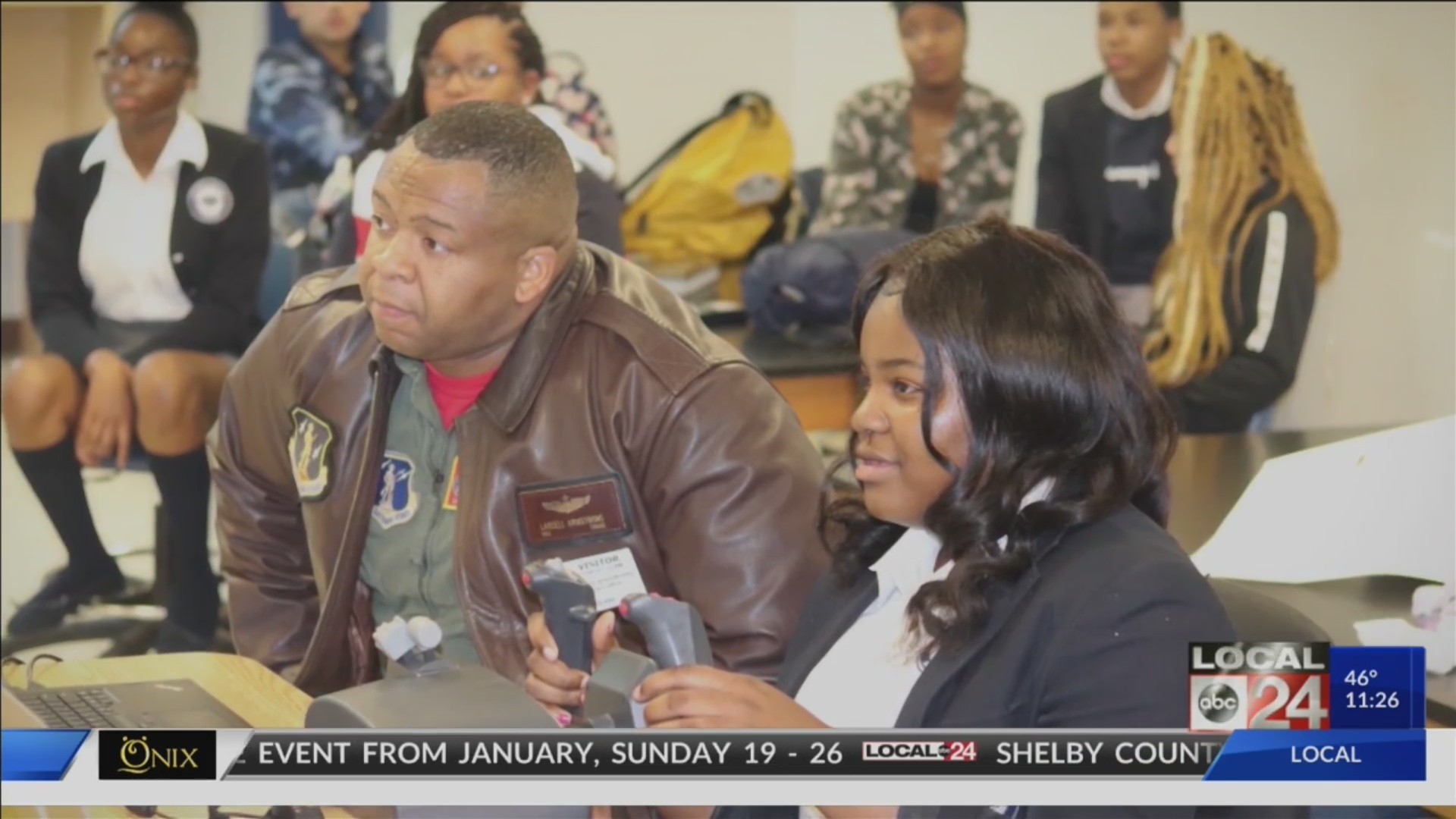 MEMPHIS, Tenn. (localmemphis.com) – For Shundrea Thompson, a Physics class lesson is one that she’ll never forget.

“It’s not really like a video game, but it’s presented on a projector,” said Thompson. “The controls are right in front of you, and what’s in the plane is, like, presented out on the projector.”

Thompson said in December, a major from the Tennessee Air National Guard used a flight simulator to teach her honors Physics class at Power Center Academy High School about velocity. She was the only student to raise her hand when asked, ‘who wants to be a pilot?’

That opportunity put her right in the driver’s seat.

“At first I was very nervous because he was right there, but the simulator was not nerve-wrecking to me,” she said.

Shundrea got to see what a real cockpit is like, with all of the controls. She even got to practice taking-off and landing.

“The way he was teaching me, he made it seem more interesting,” said Thompson. “Plus, it’s not a lot of females who’s going to be a pilot, so it makes me want to be one, more.”