University of Tennessee ranks as second most LGBTQ-unfriendly university in the U.S.

The University of Tennessee, Knoxville has ranked among the top 5 LGBTQ-unfriendly universities for several years. This survey is conducted by the Princeton Review. 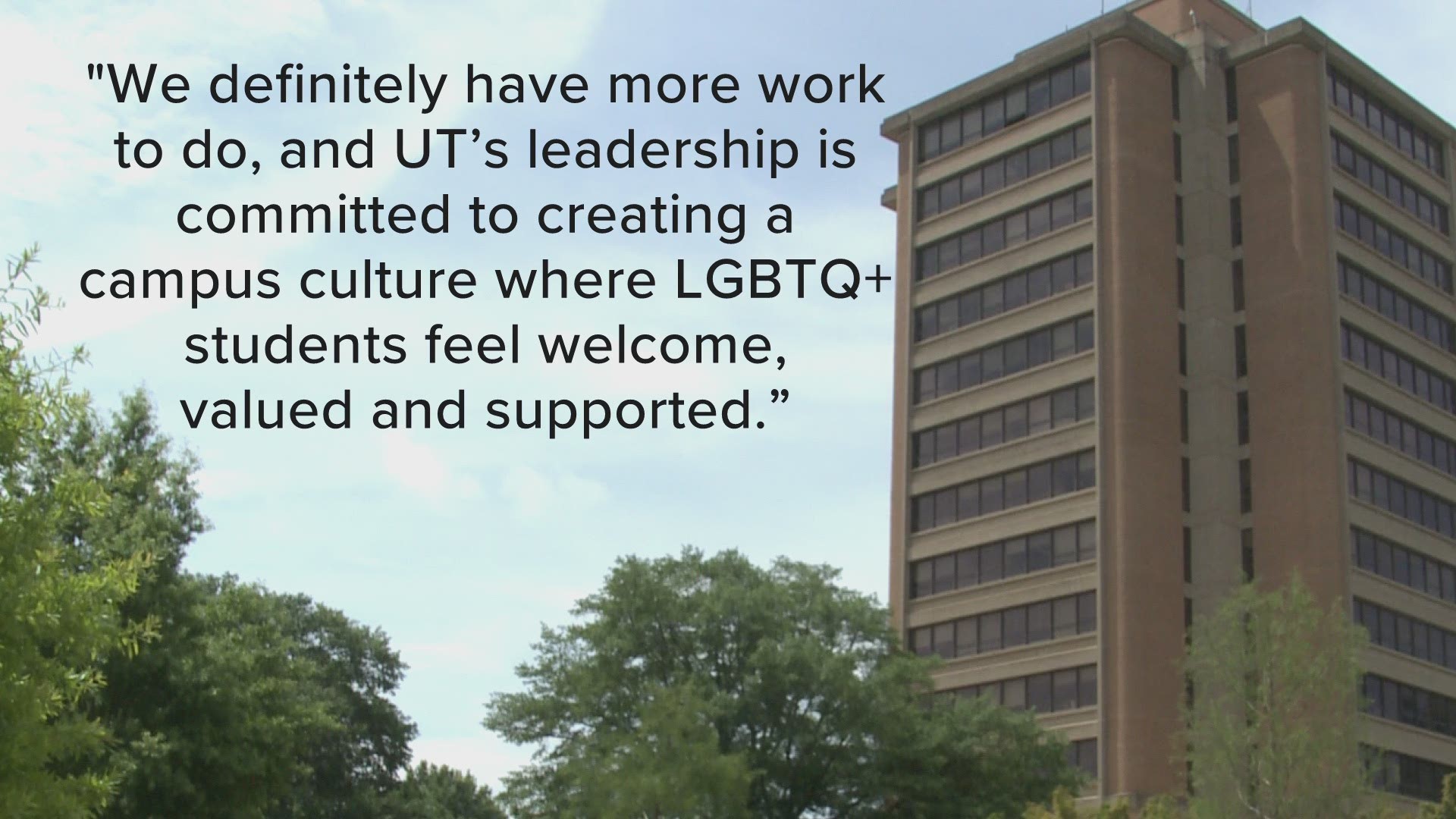 KNOXVILLE, Tenn. — For years, the University of Tennessee hasn't had a great reputation with the LGBTQ+ community.

"It's not particularly the most ideal situation for an LGBT student like myself," said UT senior Darius Edwards.

That's one reaction to the news that UT is ranked as one of the most unfriendly colleges to LGBTQ+ students. Only the College of the Ozarks outranks it, according to the Princeton Review.

Second place is the highest UT has ranked in this category.

"This isn't really a surprise to me but I was kind of alarmed to see that we kind of jumped up in places," said Edwards.

Edwards said he came out as gay last year to his favorite group on-campus, the classical saxophone studio he belongs to. He said everyone, including his instructor, was supportive of him.

Now, he said he's found that niche on campus. He also said that it wasn't easy a few years ago as a freshman.

"I saw college as a place for me to finally be free and accept who I am," he said. "So while I'm growing into my own personality I have to learn how to manage all the microaggressions that we experience on campus."

Graduate student Sterling Field is comfortable in his STEM community but said an accepting group of friends doesn't fix all the issues.

"There is a community here of LGBT folks who are supportive, but it's also really exhausting because folks constantly have to work and really advocate for ourselves nonstop," said Field.

Before the Pride Center was established on campus in 2016, Field said it was up to the students to organize events for the LGBTQ+ community and be their own advocates.

Since that time, students have watched the state legislature take action against inclusiveness on campus.

State lawmakers investigated and proposed major changes to Sex Week, a University event intended to promote sex education through "innovative, captivating, and entertaining methods," according to its website. The event has drawn the ire of UT lawmakers and others.

But, several of the panels and sessions held during Sex Week were specific resources for LGBTQ+ students.

Field and Edwards say they've noticed some good changes since their freshman years of college.

Edwards said a lot of his teachers have postings on their office doors that say "Vol Means All," to let students know they offer a safe space. He said that makes him feel welcome in his program.

Edwards said the high ranking from the Princeton Review might not totally be a bad thing. Instead, it's proof that students are being heard.

"I read a comment the other day that said it's kind of good that our placement went up on the list just because that means that more LGBT students are being visible," he said.

UT released the following statement regarding their ranking in the Princeton Review:

"UT is committed to supporting the LGBTQ+ community, and the survey does not reflect the progress we have made and want to make. We definitely have more work to do, and UT's leadership is committed to creating a campus culture where LGBTQ+ students feel welcome, valued and supported."

Field said that leadership can make all the difference.

"If we constantly have to keep fighting for a basic right to be able to talk about pronouns, to make sure that our friends and family are able to use bathrooms on campus, we're always gonna be in the top 5 worst list," he said.