"We can't hold on much longer": Without relief, DC music venues say they may be forced to close

Months after being forced to close due to the pandemic, independently owned music venues in DC continue to call on Congress to pass relief measures. 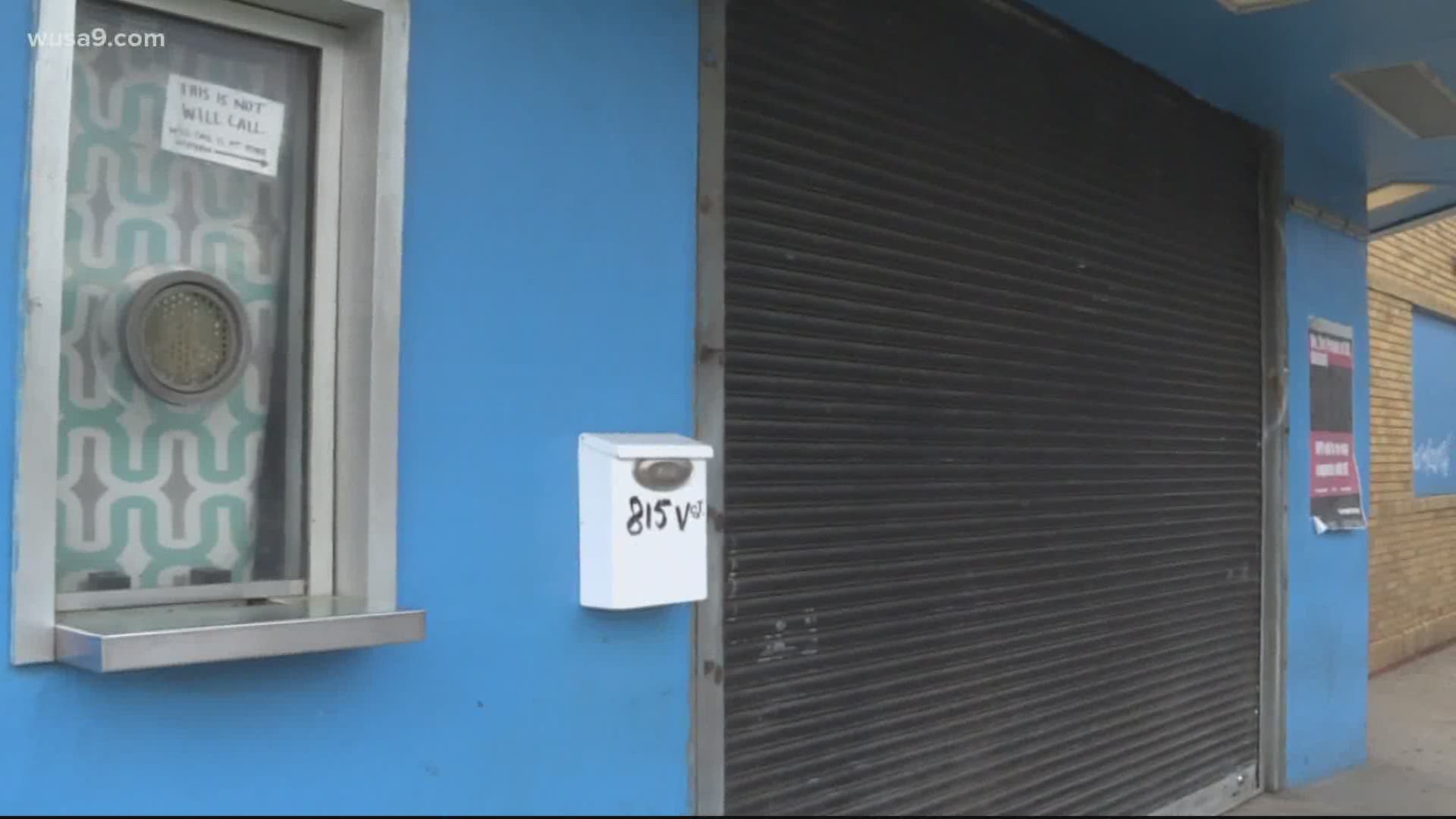 WASHINGTON — Instead of being packed with crowds going to concerts on Saturday, independent music venues around the DMV remained shuttered as a result of the pandemic.

Since March, music venues like the 9:30 Club and the Lincoln Theatre in DC have had to remain closed to prevent the spread of coronavirus.

Despite the total stop of shows and customers, bills for rent, utilities, insurance and taxes continue to come in.

After 40 years in business, the hardships may end up being too much for the 9:30 Club.

Credit: WUSA
Months after being forced to shut its doors due to the pandemic, the 9:30 Club remained closed to concertgoers on Saturday.

On Saturday, gates blocked the doors to the venues that would normally be home to concertgoers and music fans in the summer.

In total, Schaefer told WUSA that over 220 shows have been canceled or postponed this year due to the pandemic and impacted around 275,000 tickets.

In response to the tough times, independently owned music venues across the country have teamed up to call on leaders to bring more relief.

After many clubs were forced to close down in the spring, the 9:30 Club became a charter member of the National Independent Venue Association.

Since the group's formation, 2,000 other venues have joined the cause.

"On this, we know we need to come together for help," Schaefer said. "We cannot do this alone. We have got to get government help.”

Months later, the association continues to call on Congress to pass the Save Our Stages Act and the RESTART Act.

If passed, the bills would offer grant money and relief to the affected entertainment clubs.

However, if the efforts stall or fall short, Schaefer told WUSA that the independent music venue scene could drastically change.

"Either one of those or both would help save this industry," she said. "Without them, they’ll be a mass collapse. We cannot hold on much longer unless we get this kind of help.”

Despite restaurants and other businesses being able to partially reopen, Schaefer said music venues must wait until a vaccine comes until they can welcome back customers.

Until the clubs can fully reopen, she said they won't be profitable.

"For us, the only thing worse than being completely shuttered is to be open at 25% or 50% capacity," she said. "It will cost us more money than being closed. Margins are so thin."

With the future of the relief packages still unknown, the music clubs will remain closed and unable to provide memories to concertgoers.

For Schaefer, the return to the busy and active times can't come soon enough.

"We just hope that we can last until it’s safe enough for us to open," she said.