A Northeast Memphis property owner already in environmental court is accused of continuing to illegally dump on his property. 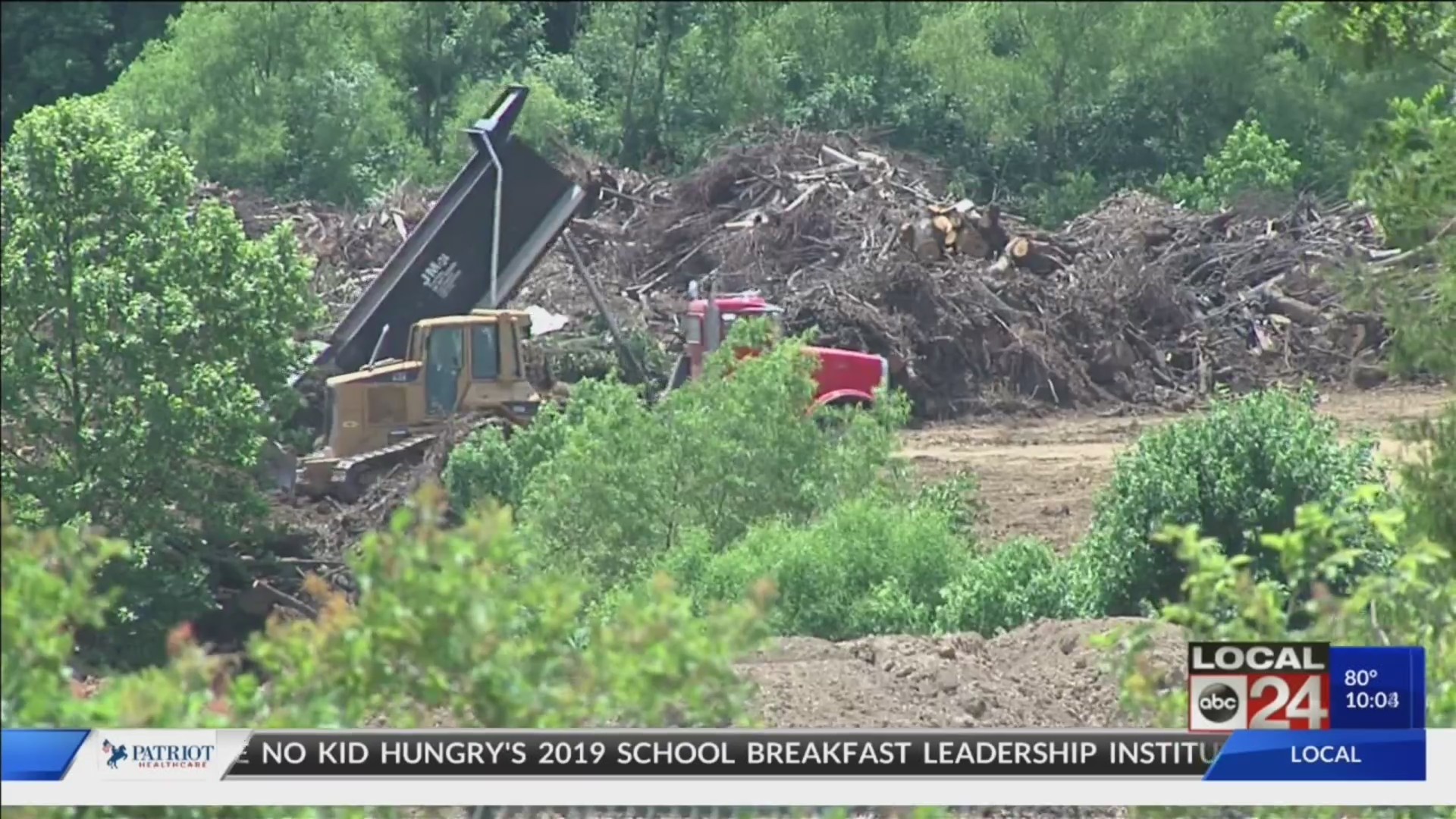 MEMPHIS, Tenn. (localmemphis.com) – A Northeast Memphis property owner already in environmental court is accused of continuing to illegally dump on his property.

Shelby County issued a stop-work order in February, but that hasn’t stopped the trucks from rolling in with debris and dumping on the 71-acre site near the Wolf River.

A Shelby County spokesperson says that means to stop all activity at the address but Thursday, that’s not what the Local I-Team saw.

On Crestview Road, we saw truck after truck coming and going. Get a little closer and you see driver’s dumping load after load of material onto this piece of property, upsetting nearby business owner Todd Tigner.

“Code enforcement came out here and issued a stop-work order, and since then, he has dumped over 500 loads of debris and dirt,” said Tigner.

Tigner took pictures from a drone in the air and pictures on the ground of what is going on in the property.

“I found shingles in the debris. I found oil. I found car batteries, tires, garbage that he’s covered up with dirt, even after the stop-work order has been issued,” said Tigner.

The land is a former sand mine that shut down years ago. It backs up to the Wolf River and is in a flood plain.

Environmentalists are not only concerned about the current dumping, but say allowing a construction landfill to occur so close to the Wolf River could impact our drinking water.

Jim Kovarik with Protect Our Aquifer would like more research to be done before a permit is approved, to make sure the aquifer our drinking water comes from is not impacted.

“Any concentration of material, especially containing contaminants and if there is a hydro logic connection between the upper and the lower, our drinking water is at risk,” said Kovarik.

The property owner told the Local I-Team he did allow construction dumping to occur, and when he was told he needed a special permit for that, he immediately applied for a permit to operate a construction landfill. He is still waiting for that approval.

The owner claims the stop work-order doesn’t apply to his entire property, just a portion of it.

He didn’t want to do an interview because of his pending case in environmental court and his pending application for the landfill.

The Tennessee Department of Environment and Conservation was on site Thursday. We are waiting for the agency’s inspection report.