Authorities want to know who made a threat and a hit list against Arlington High School, prompting extra security at the school Wednesday. 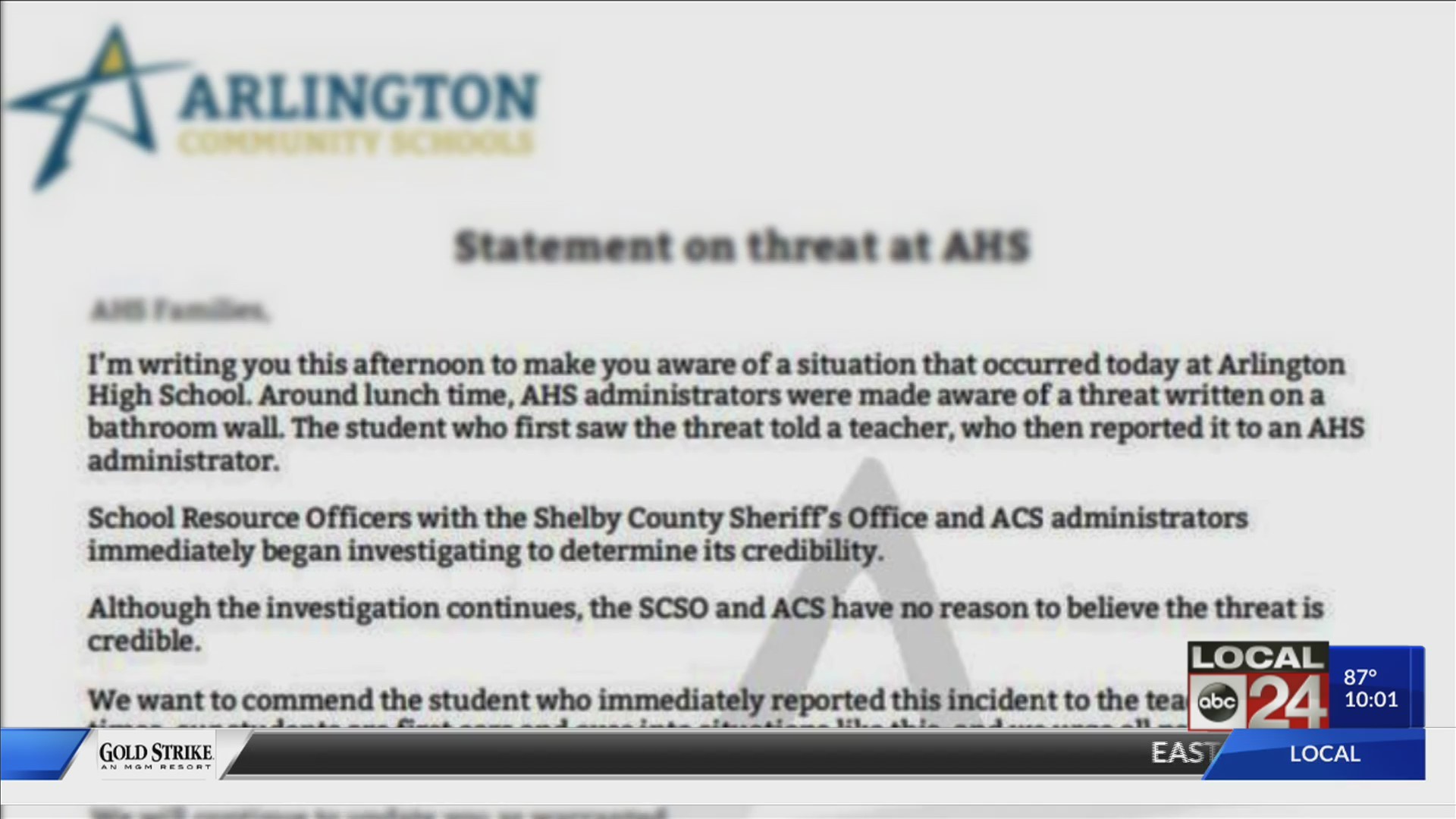 ARLINGTON, Tenn. – Authorities want to know who made a threat and a hit list against Arlington High School, prompting extra security at the school Wednesday.

Shelby County deputies quickly determined the threat was not credible, but parents are still concerned.

An Arlington Schools spokesperson says someone wrote on a bathroom wall inside the high school there would be a school shooting on September 4th. It was actually signed by a student.  Authorities ruled out the name and the threat, but Tuesday night’s social media banter caused a frenzy.

“It was very surprising to hear that it was here in Arlington, but I guess it can happen anywhere,” said parent Jordan Jacobs.

Arlington High School was on high alert Wednesday after threats of a school shooting and a hit list appeared online.

“I mean, I know it can happen, but you can’t live your life in fear,” said parent, Tiffany Cockman.

On August 23, a letter was sent to parents in the district. It notified them of a threat written on a bathroom wall. It was reported and looked into, but it was deemed not to be credible.

“All the school shootings going on day to day. It was just really scary to go home and talk to a 12-year-old about what he’s supposed to do in a situation like that,” said Jacobs.

The district confirmed Tuesday night, a student, or students then posted an anonymous kill list using the apps Yolo and Snapchat. Although the threat wasn’t credible, the district still took extra precautions.

“They was very thorough about it, very fast to get the police officers involved and it did reassure me a lot,” Jacobs explained.

The situation is reminding parents to be proactive in knowing what their child is doing on social media.

“Both my boys are on Instagram and Snapchat and I follow them, we have the same passwords on our phones on our accounts, so if I wanted to, I could, but they haven’t given me a reason,” Cockman explained.

Captain Anthony Buckner with the Shelby County Sheriff’s Office says investigators have been interviewing students and reviewing surveillance footage to find out who made the threat.