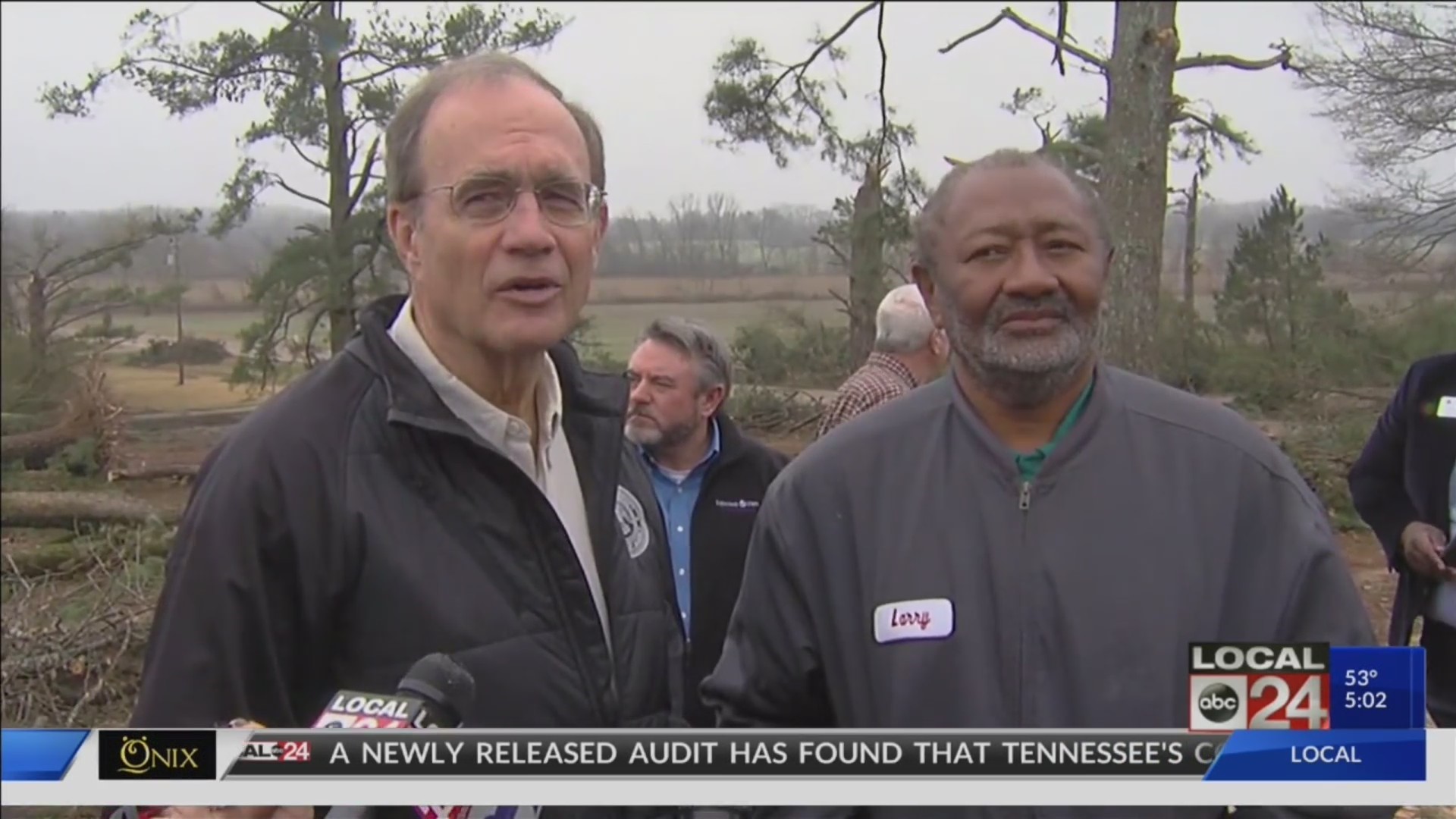 Lt.Governor Delbert Hosemann was on the ground in DeSoto County Monday morning.During a news conference, he reported 11 homes in the county were destroyedover the weekend. Another 150 homes had either major or minor damage, he said.

“Thereis so much to do, that we got to do, and so much to grasp, you just wondering,where do you start?” Woods said, more than 48 hours after a tornado rippedhis roof off.

Itwas Woods’ home that Hosemann made his first stop following the newsconference.

“Heis going to have to rebuild everything he’s worked for. He’s retired.Everything he and his wife have ever had. They have to start all over, so weneed to help them. That’s why I’m here,” Hosemann said.

.@DelbertHosemann stopped at the home of Larry Woods. From the photo you can see it’s destroyed. Hosemann said in times of need, people need to know they’re cared about pic.twitter.com/jtOozmKCfT

Hosemannand Woods recounted the moments DeSoto County Sheriff’s deputies rescued himand his family from the home. Woods spoke about how he lived on the propertyhis entire life. He told the Lt. Governor he had no plans on leaving, even now.

Hosemanntold Woods the state would do what it could to help him.

“Intimes like this, when it’s so devastating. Just look. You need to know otherpeople care and we do care,” Hosemann said. “Mississippi cares andthe state and the county and the city is going to help them.”

As of this afternoon, there are 9,169power outages statewide, with the bulk of the outages coming in Bolivar,DeSoto, Sunflower, and Washington counties.

The following damage reports serve only asinitial assessments from the county emergency management offices and can change(either higher or lower) as MEMA receives additional reports and assessments.

The public isencouraged to report damage to homes or businesses to their county emergencymanagement office. A directory of all the offices is online at http://www.msema.org/county-ema/

MEMA will providemore updates as information becomes available. The best way to get up-to-dateinformation during this event is to “Like” MEMA on Facebook, or “Follow” us ontwitter @msema.