A controversial measure is back on the table again in a renewed push to make the Holy Bible Tennessee’s official state book. 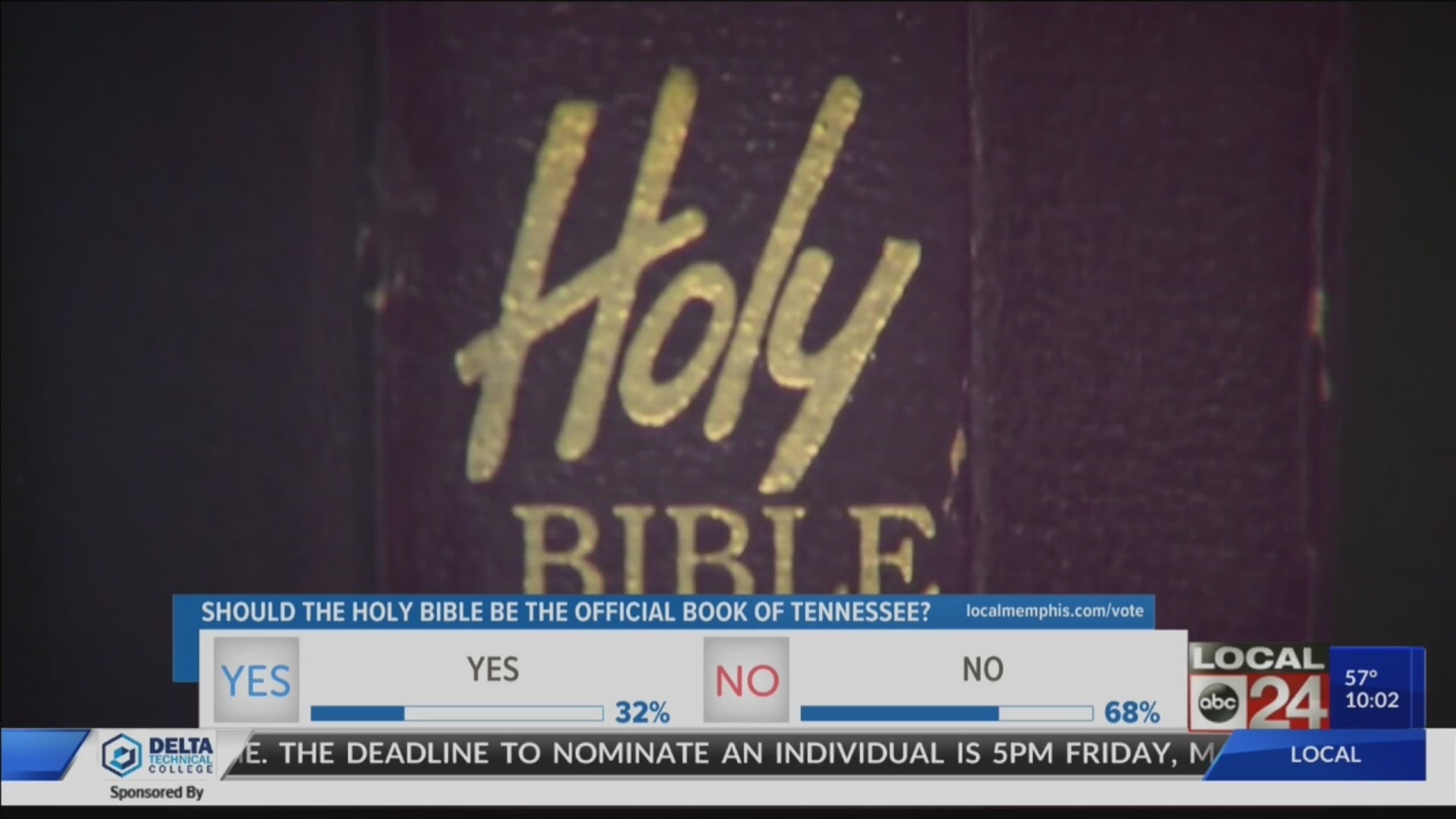 MEMPHIS, Tenn.  (localmemphis.com) – A controversial measure is back on the table again in a renewed push to make the Holy Bible Tennessee’s official state book.

One Memphis lawmaker argues that asking the general assembly to vote on this again is forcing them to legislate their faith, also adding if it moves forward it’ll likely end up in court.

“When we start talking about religious texts, we really do get onto dangerous ground. Just because where do you stop?” questioned State Senator Raumesh Akbari, D-Memphis.

Akbari isn’t new to the Bible state book debate. She argued against it when the idea was considered in 2015 and 2016.

“To denounce it is to silence I think those of us who would like to see reverence given to a book that has played a role in all of our lives and in our country,” said Rep. Jerry Sexton during floor debate in 2015.

Rep. Sexton and Sen. Mark Pody are co-sponsors of the current HB2778/SB2696. It passed the legislature but was vetoed by then Tennessee Governor Bill Haslam.

“While the Bible is my official book, I do not think that it is the right thing to do for the state of Tennessee and it’s unconstitutional,” said Akbari. “So it will immediately draw us into a lawsuit.”

“It would seem to have the primary effect of advancing religion,” said University of Memphis law professor Steven Mulroy.

Mulroy says the bill could have a chance if less significance is placed on the sacredness of the biblical text.

“If this bill were to recognize a series of books in Tennessee, some of them secular, and the Bible was just one of them. And they were to make it clear in the text of the bill that it was being recognized only for its historical significance, and nothing more, they might have a better argument,” explained Mulroy.

It was an emotional debate in the state senate four years ago.

Governor Bill Lee’s office was contacted for comment but said he won’t be commenting until the bill makes it closer to his desk.

“The Bible is a sacred religious text to hundreds of thousands of Tennesseans, but religious freedom can only flourish if it is left in the hands of families and faith communities and not directed by the government. Lawmakers’ thinly-veiled effort to promote one religion over other religions by selecting the Bible as the state book clearly violates both the United States and Tennessee Constitutions, as State Attorney General Herbert Slatery opined four years ago when a similar bill passed both chambers. Then Governor Haslam wisely vetoed the legislation. We urge lawmakers to respect the rich religious diversity in our state and protect religious freedom by opposing this legislation.”