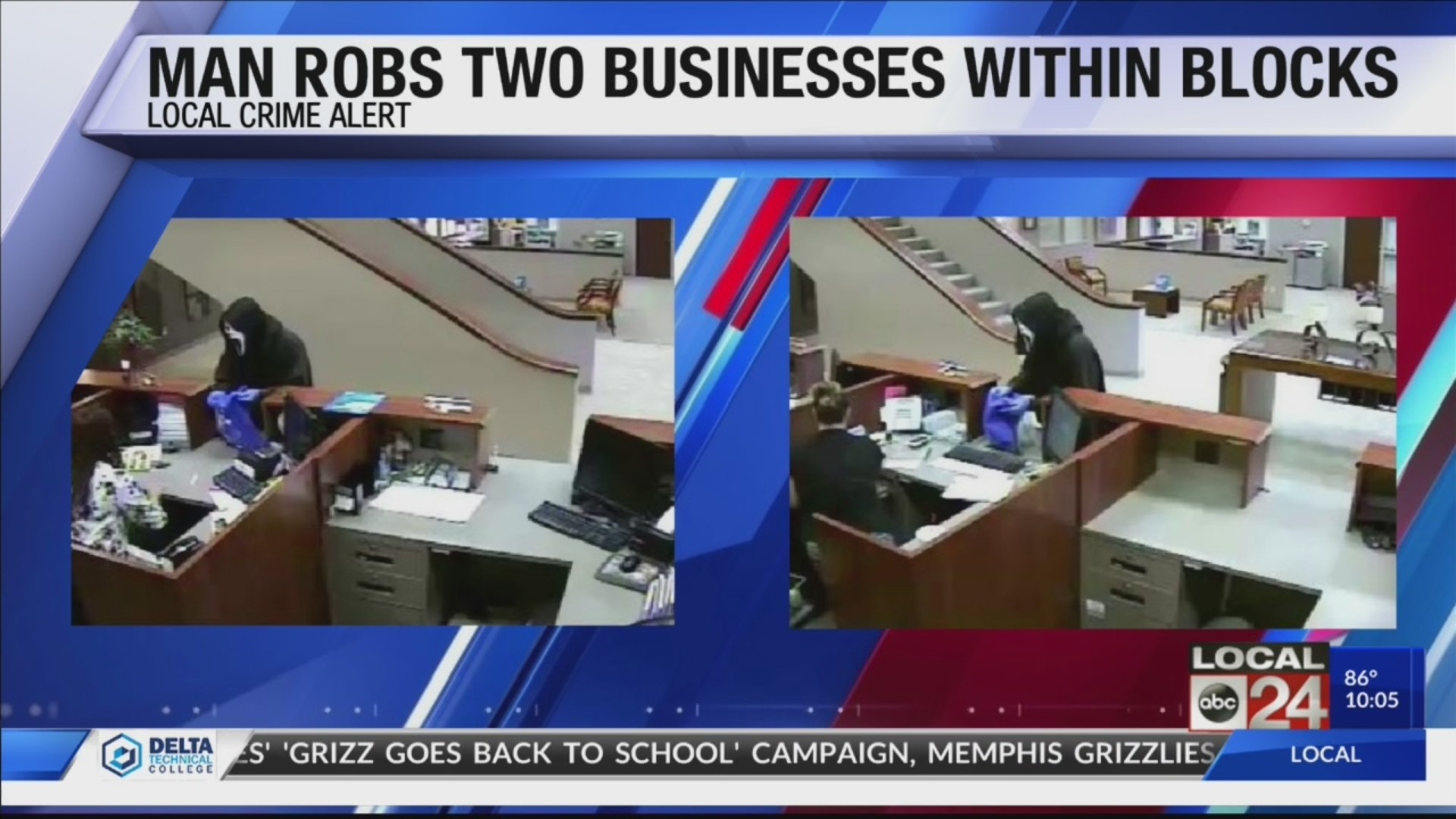 HELENA-WEST HELENA, Ark. (localmemphis.com) – A man wearing a “Scream” mask robbed a Mid-South post office and bank within minutes of each other.

According to Helena-West Helena Police, the first robbery happening at 12:29 Monday afternoon at the post office in the 200 block of N. Sebastian. The suspect, who was wearing a white “Scream” mask, blue latex gloves, blue jeans, and a black hoodie, walked in and demanded money from the register. He took off in a late model white Ford Taurus.

Then, three minutes later, police say the same man robbed the Southern Bancorp Bank in the 400 block of Plaza Street. He left with money he had demanded money from a clerk.

If you have information that could help investigators –including U.S. postal inspectors, the FBI, the Arkansas State Police, and Helena-West Helena Police– call (870) 572-3441.