Matthew Bledsoe was arrested by the FBI; he made his first court appearance via video Friday in Federal Court in Memphis. 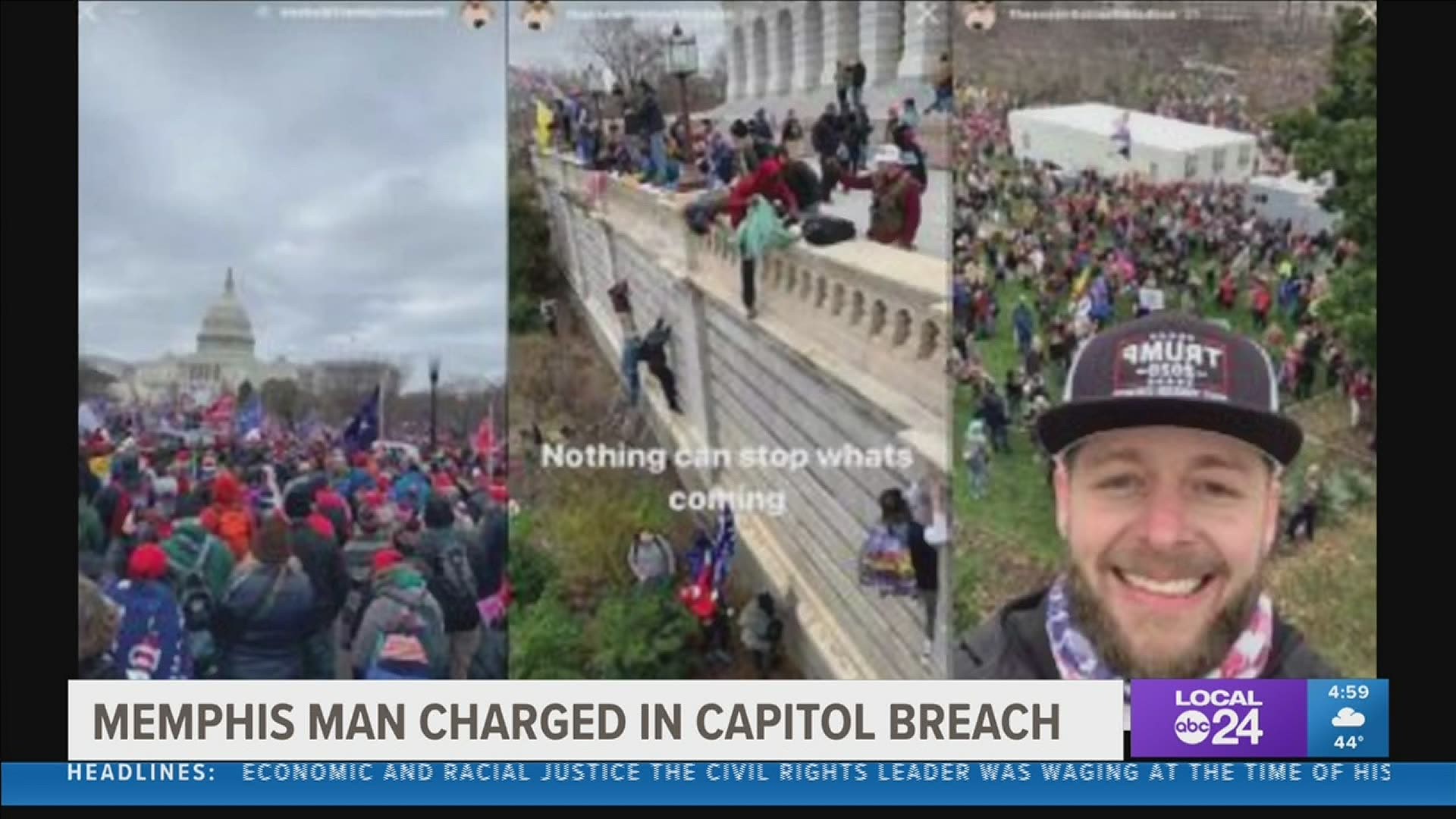 MEMPHIS, Tenn. — A Memphis man was arrested Friday morning by the FBI for federal offenses allegedly committed on January 6 at the U.S. Capitol.

According to a criminal complaint, Matthew Bledsoe is charged with knowingly entering or remaining in any restricted building or grounds without lawful authority; violent entry, and disorderly conduct on Capitol grounds.

"FBI agents received a tip that Matthew Bledsoe had been part of the group that entered the Capitol illegally. Upon following up, they received a video compilation that was posted to his Instagram account – theessentialmattbledsoe – which included several selfie photographs of Mr. Bledsoe throughout the day some video clips. These images appear to be captured by Mr. Bledsoe on a device he is carrying."

Hey Memphis, @PrimetimeMover employee Matt Bledsoe was part of the terrorist group at the Capitol.

Didn’t the @FBI ask us to report if anyone could be identified?https://t.co/ami4ronJ6U pic.twitter.com/P8qUYX4Xrf

A series of videos posted on theessentialmattbledsoe account shows the crowd approaching the Capitol building. Another photo in the same video then shows people climbing the walls of the building with a title added, that appears to have been taken from the top of the wall; followed by a selfie that appears to look out onto the lawn from the Capitol.

The tip received by the FBI also led agents to a post by Bledsoe’s wife on her Facebook page, raisingbledsoes, in which she stated that “Matt was inside the Capitol, he was one of the first. They yelled and screamed, that’s about it.” “My husband is a Patriot soldier."

Bledsoe is the apparent owner of Primetime Movers in Memphis.

Bledsoe made his first appearance Friday via video in federal court in Memphis.