MEMPHIS, Tenn. (localmemphis.com)- Memphis Police and Memphis Fire Associations rallied for support of a public safety referendum.  They held a rally in fr... 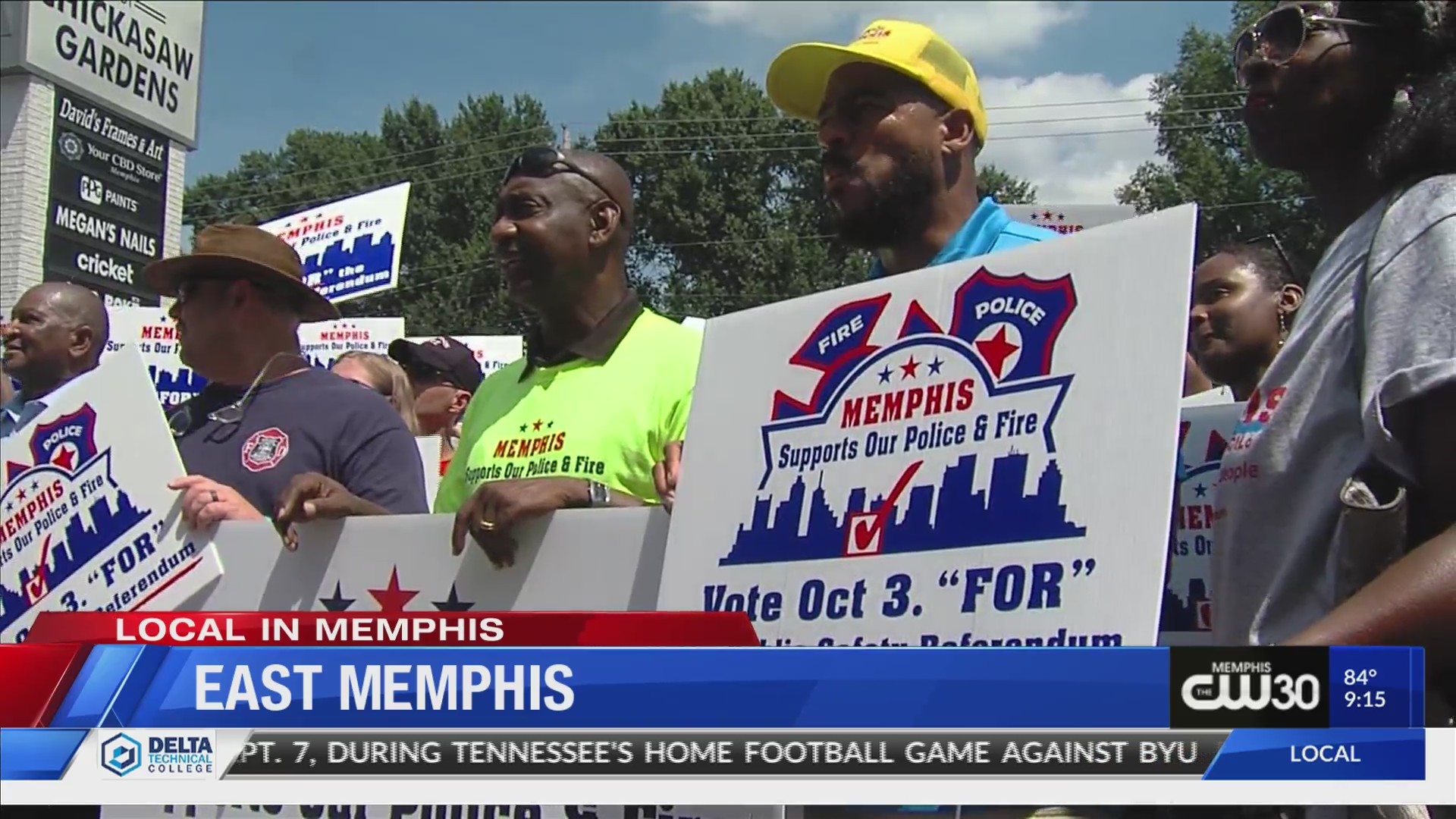 They held a rally in front of its new campaign headquarters.  The mission of the referendum is to restore certain benefits those officers and firefighters lost back in 2014.  Roughly a quarter million dollars was raised to encourage people to vote for the referendum on October 3rd.

A similar referendum failed in 2013 but supporters say this one is a bit different.

“This is the first time that the citizens of Memphis has spoken on behalf of fire and police and said, I don’t care what you say, I don’t care how broke you say they are.  I say they need their pension and insurance,” said President of Memphis Fire Association, Thomas Malone.

Supporters of the referendum endured the summer heat, all in an effort to make sure they get the votes they need to restore police and fire benefits.

“We can’t even drive down our interstates without getting shot at in this city…we are in danger here.  We are attack nation wide.  We ask that you Memphis, that you citizens take your city back,” said Lisa Aiken, the wife of a Memphis Police Lieutenant.

President of the Memphis Police Association, Mike Williams said in 2014, the City of Memphis cut health care benefits to retirees and spouses and cut pensions on police officers who were hired between January 1, 2009 and July 2016.

The City of Memphis did give first responders a 3 percent raise, but supporters of the referendum say it’s still not enough.

“Although we got a raise this year, we are still the number 4 department out of 6 in the county as far as wages for police before our raise, we were next to lowest wage in shelby county,” said Sergeant Matt Cunningham with the Memphis Police Department. “Our referendum allocates every penny generated by the sales tax.”

Williams says the $250,000 used for campaigning was pulled from the Memphis Police Association account.