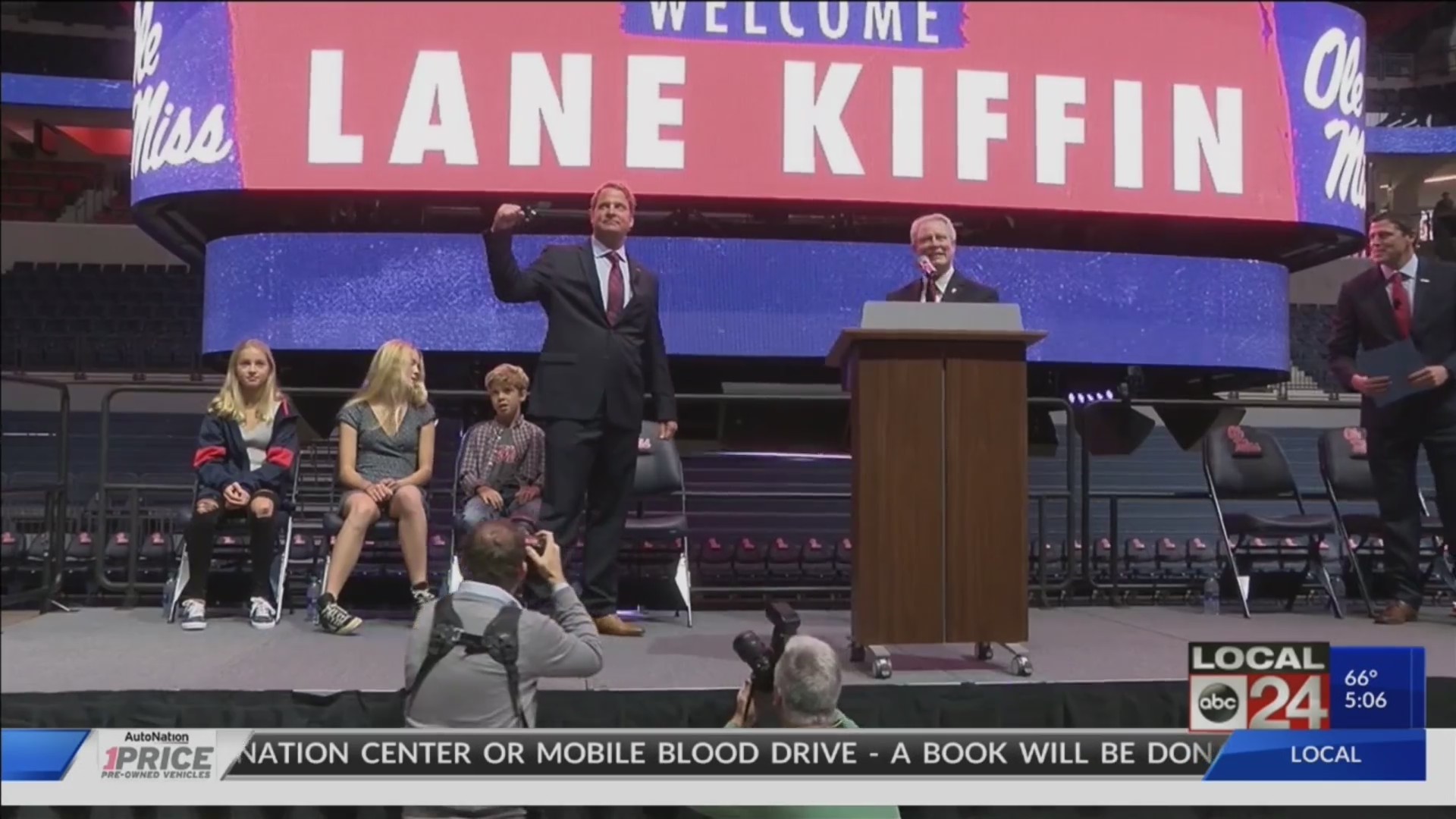 He brings a big name with SEC experience and looks to turn around a struggling Rebels football program not far removed from NCAA infractions, lost scholarships and vacated wins.

Ole Miss fans we caught up with gave their almost unanimous support for the Kiffin’s hire, as they believe he’s right man at the time to re-establish a wining tradition and restore national attention for recruits and the program at large.

Minutes after Kiffin gave those fans a fist pump, they left The Pavilion pumped themselves.

“Every program needs a splash and that was ours,” Ole Miss fan Elizabeth Mullins said.

This afternoon, Ole Miss fans cheered on Kiffin’s arrival and his history of prior coaching stints at two other SEC programs.

“I think he brings a winning pedigree to the program, I liked how composed he was up there,” Ole Miss student Andrew Brown said.

Other fans believe Kiffin’s hire signals a new energy and new hope around the football program, after NCAA penalties in recent years.

“I think our program really needed some excitement in it after the last couple of years we’ve had with the NCAA investigation and stuff and I think Lane Kiffin brings it,” Ole Miss student Chandler Molpus said.

Monday, Kiffin himself offered a message to Rebel nation, as he gets to work in Oxford.

“We need the fans, alumni, former players, alright, all united, alright, everybody on the same page, alright, to win championships,” Kiffin said.

Ole Miss leaders also hope Kiffin will revive home football attendance in 2020 and beyond, as this past season was the lowest attended on average since 2001.