Monday’s EF-1 tornado ripped through areas of the Mid-South, leaving damage to homes and business. Memphis Light, Gas and Water crews have about 600 people in ... 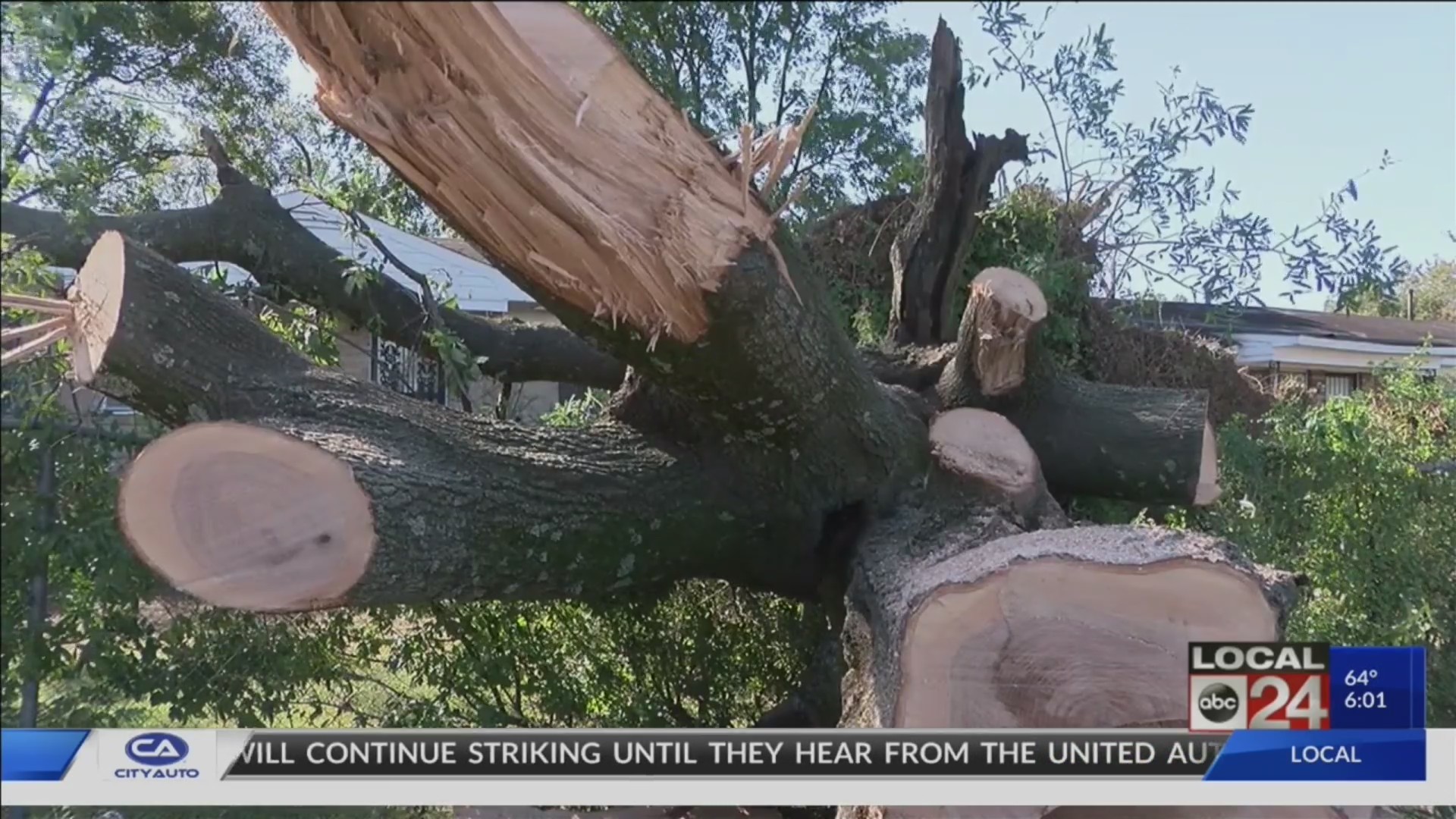 MEMPHIS, Tenn. (localmemphis.com) – Monday’s EF-1tornado ripped through areas of the Mid-South,  leaving damage to homes and business. MemphisLight, Gas and Water crews have about 600 people in the field, but manyresidents are turning to each other for support.

In Parkway Village, Carla Harris’ mother saw the full damage to herhome after returning from the hospital. Her mom was getting ready to takeher grandson to school when a tree fell on top of the house.

“She was like a step behind him. They were trying to get out together,but the tree caught her,” said Harris.

Her mother was trapped. Family members were able to pull herout.

“The only way they could go about finding her was to try and hear hervoice and make it through the debris. Just her saying, ‘I’m over here.’” Harrissaid, “Where the tree is, that’s where her bed is, was, and that’s all the waydown to like a sausage patty. It’s down. How could she have made it throughthat?” 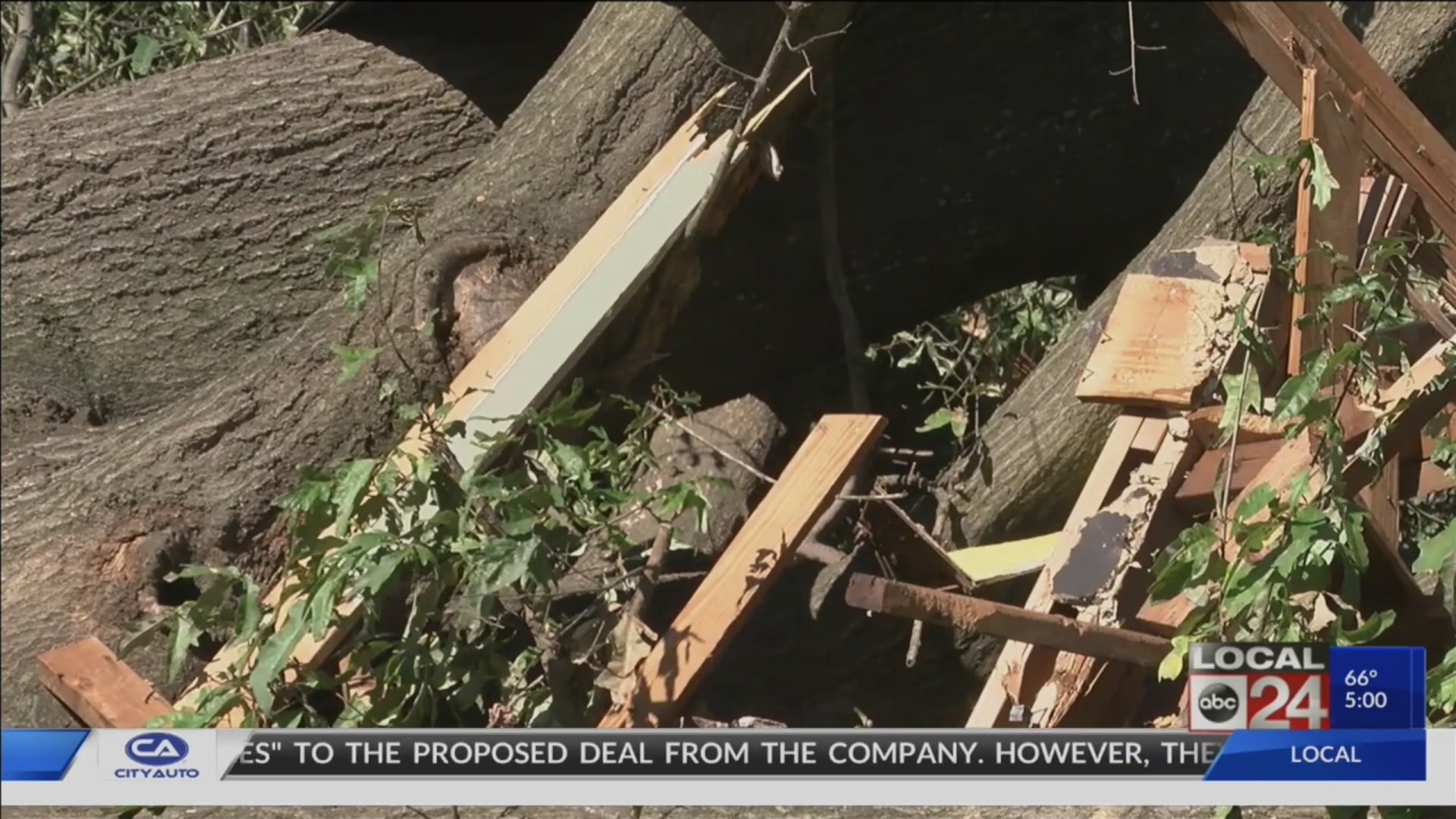 Harris’ mom had minor bumps and bruises. She stopped by the homeTuesday, and learned that the tree had even crushed the back of the home.

She is also grateful for the neighbors who came to help clear debrisfrom the front of the house.

Harris said, “I’m thankful that if this is what it takes to bring ustogether when nobody can get around it, your money can’t. ‘Well honey I don’twant my house destroyed,’ an act of God, that’s God showing who heis.”

This resident’s front yard was destroyed, but while he’s cleaning his property, he’s helping others pic.twitter.com/mOcBFlhjL3

Also thankful is Rickey Freman. He lives just blocks away. Atree fell in his front yard.

“When I got here, I noticed that there were three trees across theroad and stuff. I saw the power was off,” said Freman.

His power was still off Tuesday, so he spent the day outside cleaning.

“I was raised in the country and stuff, so I’m used to being able todo to take a little bit and make a lot of it,” said Freman.

He said he wouldn’t have been able to do it alone. Neighbors and evenstrangers like John Ducrest came to help. Ducrest is a Home Depot StoreManager.

“We actually got three stores together and got about 16 people, abunch of chainsaws and we’re just helping out. Clearing roads, clearingpeople’s driveways,” said Ducrest.

He said the damage was close to the store, affecting its employees andcustomers living in the area.

“This really hit close to home because it’s just south of our store. Weknew that we just had to get together and help as quickly as we could,” saidDucrest.

For Rickey, it’s a kindness that came righton time.

“I needed help from the good Lord sending people here, because that Heknows that have love, compassion and heart for other people,” said Freman.

MLGW said there is still extensive damage and repairs must be madebefore some areas can get power restored.