Memphis city officials heard a proposal Thursday for a colorful enhancement to the crosswalk in the Midtown neighborhood of Cooper-Young. 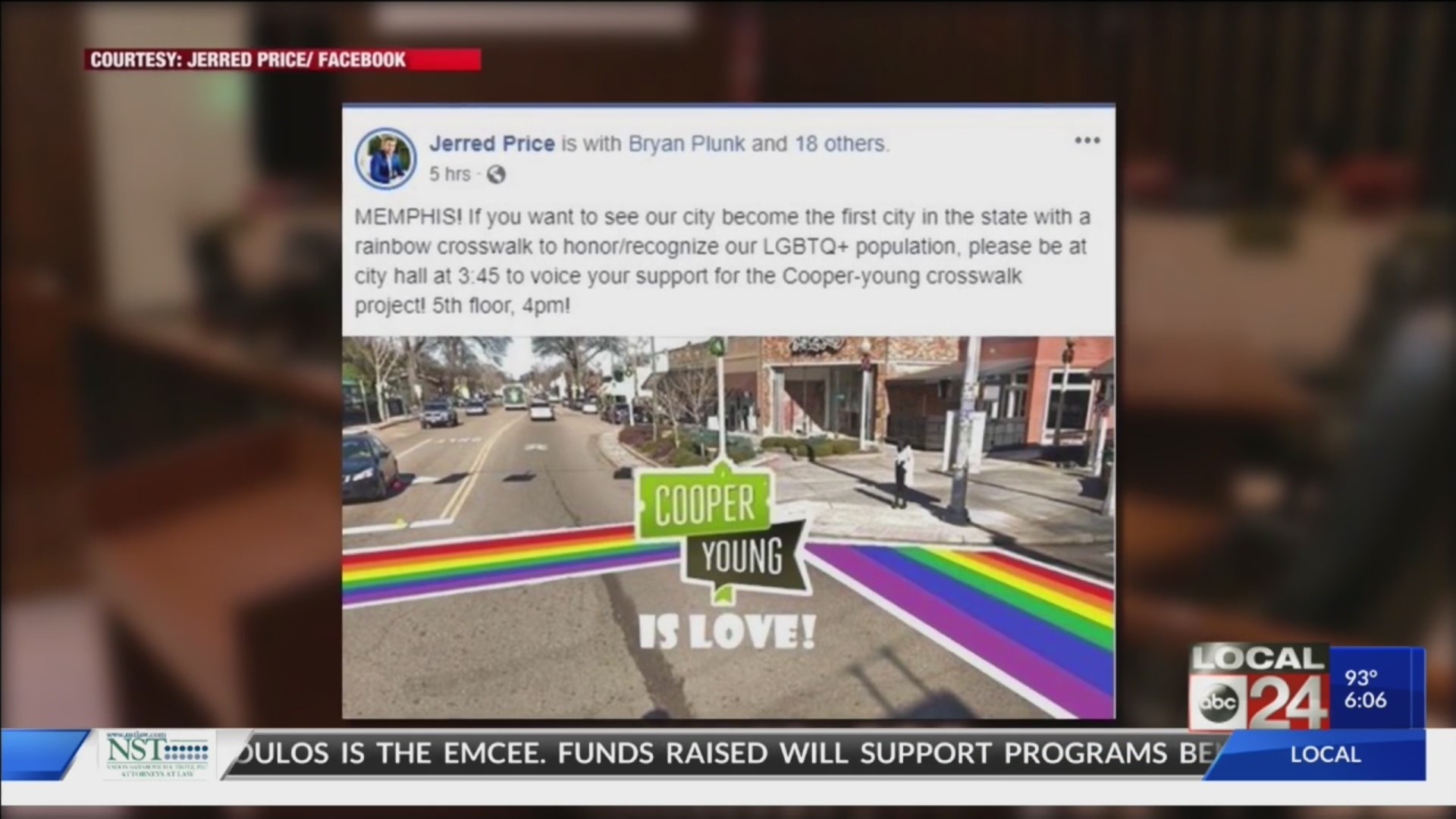 The Cooper-Young Community Association has not yet said when the new crosswalk will be painted. 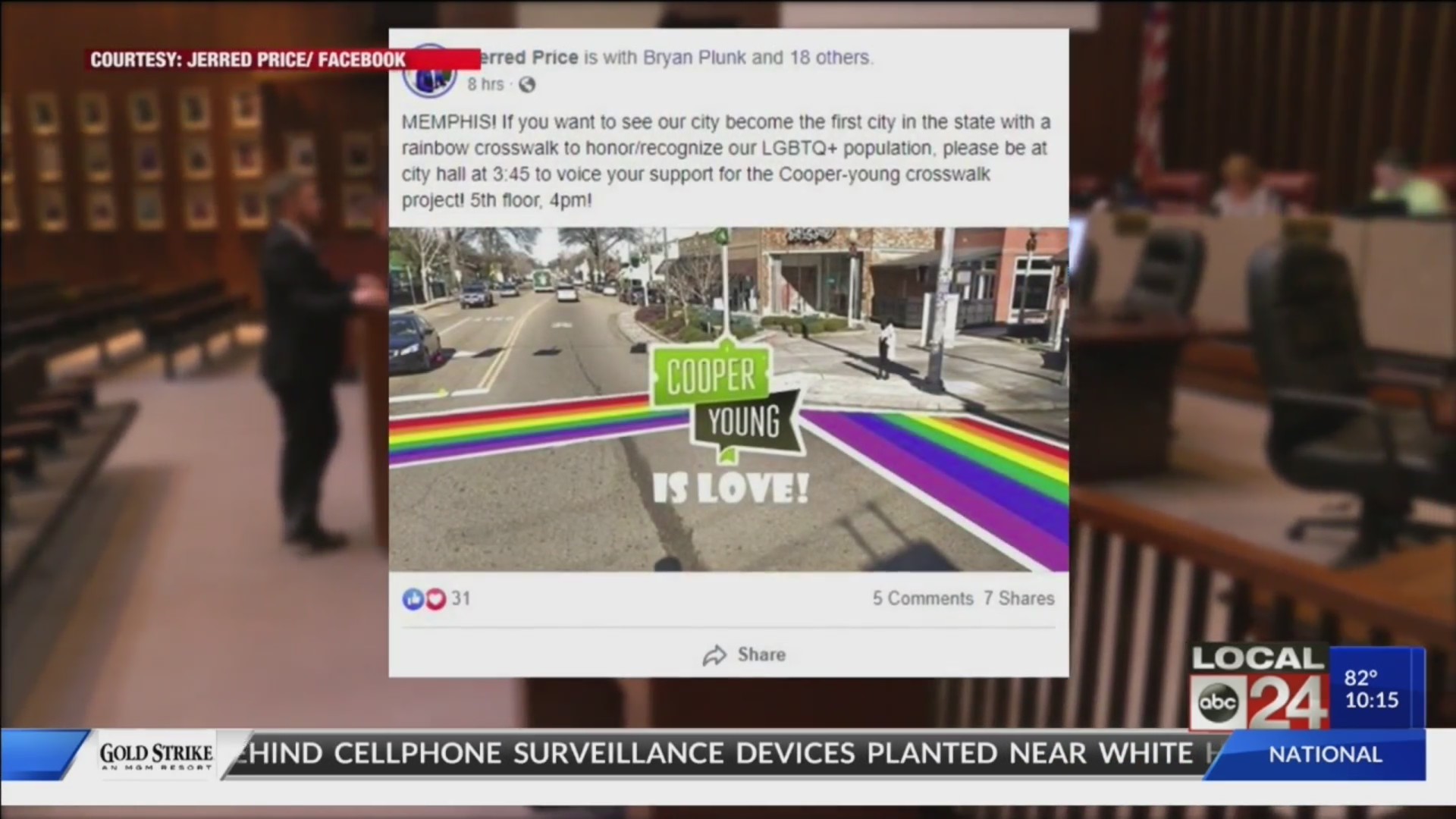 9/12/2019 Memphis city officials heard a proposal Thursday for a colorful enhancement to the crosswalk in the Midtown neighborhood of Cooper-Young.

If approved, it would be the first of its kind in Tennessee.

Rainbow stripes representing the LBTQ community may soon guide pedestrians from one corner of Cooper to the other. The neighborhood is home to the OUT Memphis organization and has the highest density of same sex couple households in the city.

Thursday, Jerred Price appeared before the city’s Public Art Commission, joined by neighborhood leaders who say more than 800 petitioners, artists, and donors are backing the crosswalk. Sponsors of the project say a similar project in Atlanta has proven to be an economic booster for the area.

“Every public project, anything you do, whether parking garages or new parks or public art, you’re always going to have someone who doesn’t see it the way you see it or want what you want, but the overwhelming support is there,” said Price.

The rainbow crosswalk would be completed through donated materials and volunteer time so it wouldn’t cost the city a dime.