If you’re crazed for glazed, Snoop Dogg has a new Dunkin’ sandwich for you to try. 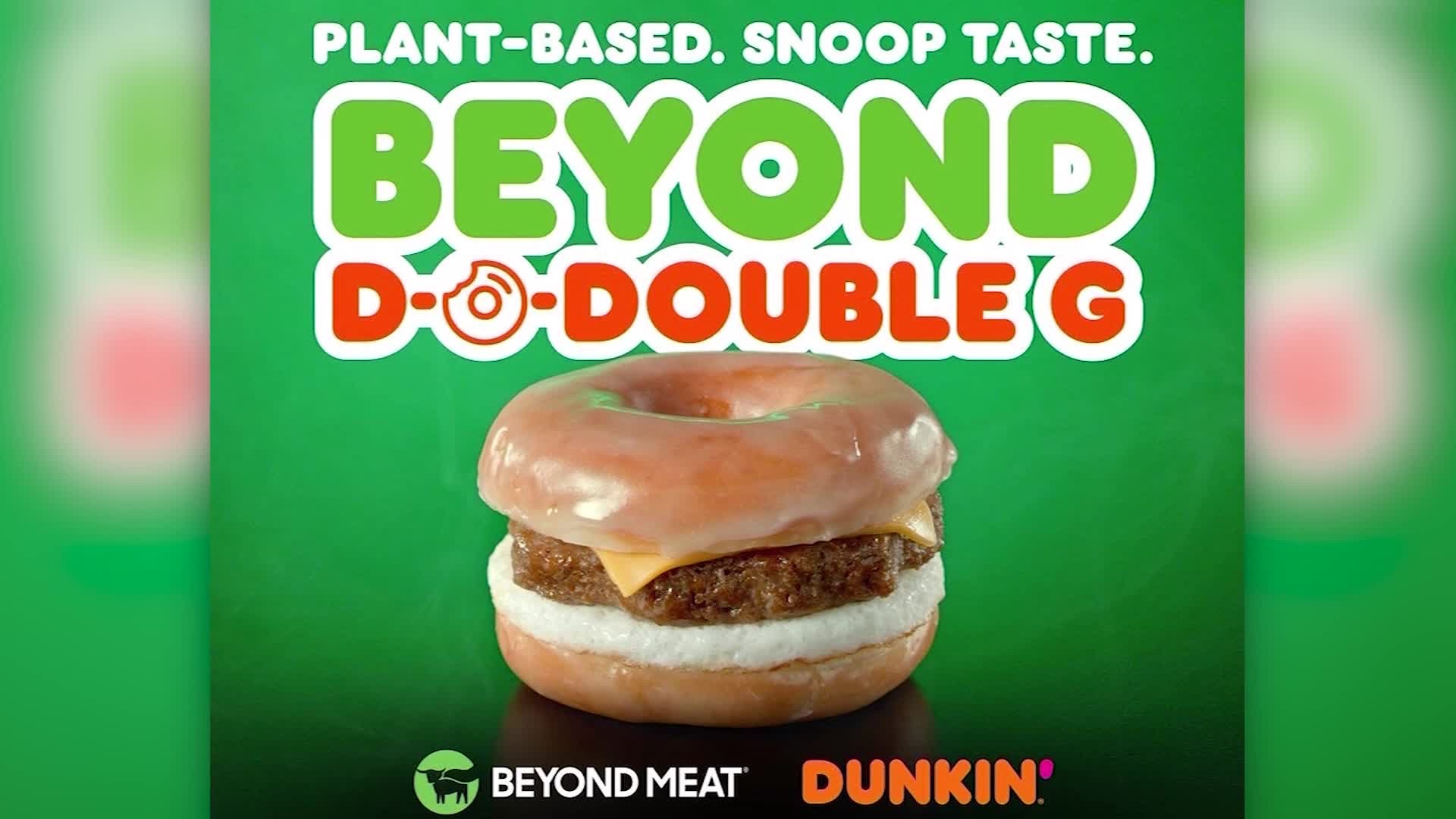 If you’re crazed for glazed, Snoop Dogg has a new Dunkin’ sandwich for you to try.

For one week, the chain is selling the Beyond D-o-double G sandwich. It’s a Beyond sausage patty with egg and cheese, served on a sliced glazed donut. Dunkin’ says it was inspired by the rapper’s passion for plant-based protein and love of glazed donuts.

Snoop started partnering with Dunkin’ last year to promote its plant-based protein items. The company’s CEO says Beyond meat has been a hit for Dunkin’ since it launched in November.

The fake meat trend has also reached other chains. Burger \King launched the Impossible Whopper in August following a test that had gone “exceedingly well.”