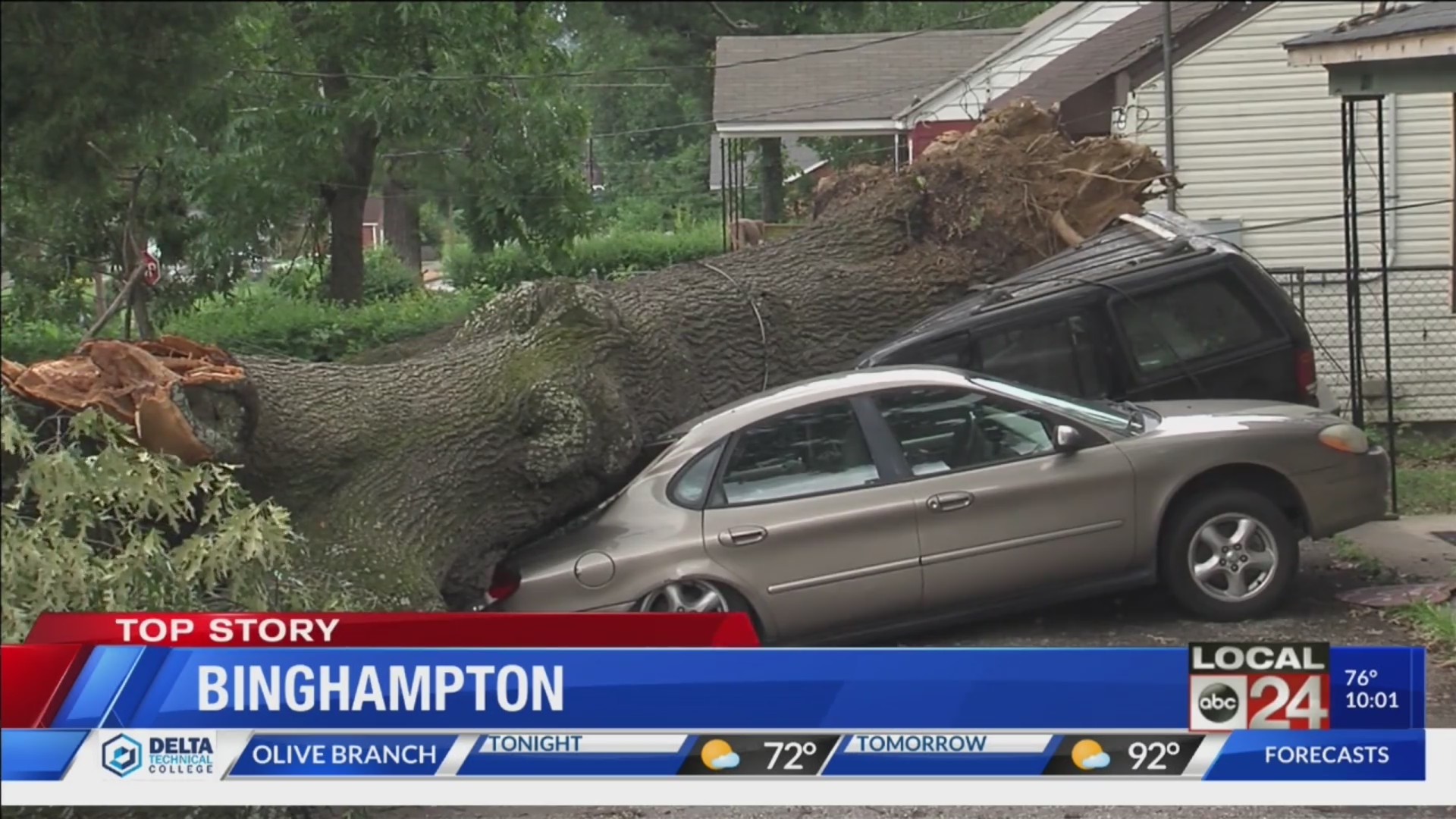 Trisha Henderson isa resident of Binghampton and said a large tree next to her house uprooted fromthe high winds and fell onto both of her cars.

“Well, last night was a stormy night, wasa rainy night and I went to bed and it was a little before midnight I heard thesound of a strong wind like I never heard before and the power went off,”Henderson said.

The tree was just feet from hitting her house.

“It’s scary looking at this in the daytime because last night I couldn’tsee the extent of the damage,” Henderson said. “But it’s scaryknowing that it could have been worse and could have fallen on my house.”

Local 24 Newslearned more about her story and found out that she uses her car to help womenwho are on the streets in the Memphis area.

Ten years ago,Henderson was on the streets as a prostitute and drug addict.

After years ofwanting to get sober and be there for her kids she found help through theBinghampton Community Church.

She uses hercar to reach these women and inspire them to know they could have a betterlife.

Mary Abram ofBinghampton Community Church said she became close with Henderson when shehelped her get off the streets.

Abram saidHenderson has become like a “sister” to her because of their faithand desire to help others.

“She’s my sister because she loves the same people I do,”Abram said. “She sees the need to help our community and she goes outthere and she does it and that’s our prayer.”

Henderson’sdaughter started a GoFundMe to help her mom get a new car. If you would like tohelp here is the link.