The retailer announced it will no longer sell or display the Mississippi flag in any of its stores or online. 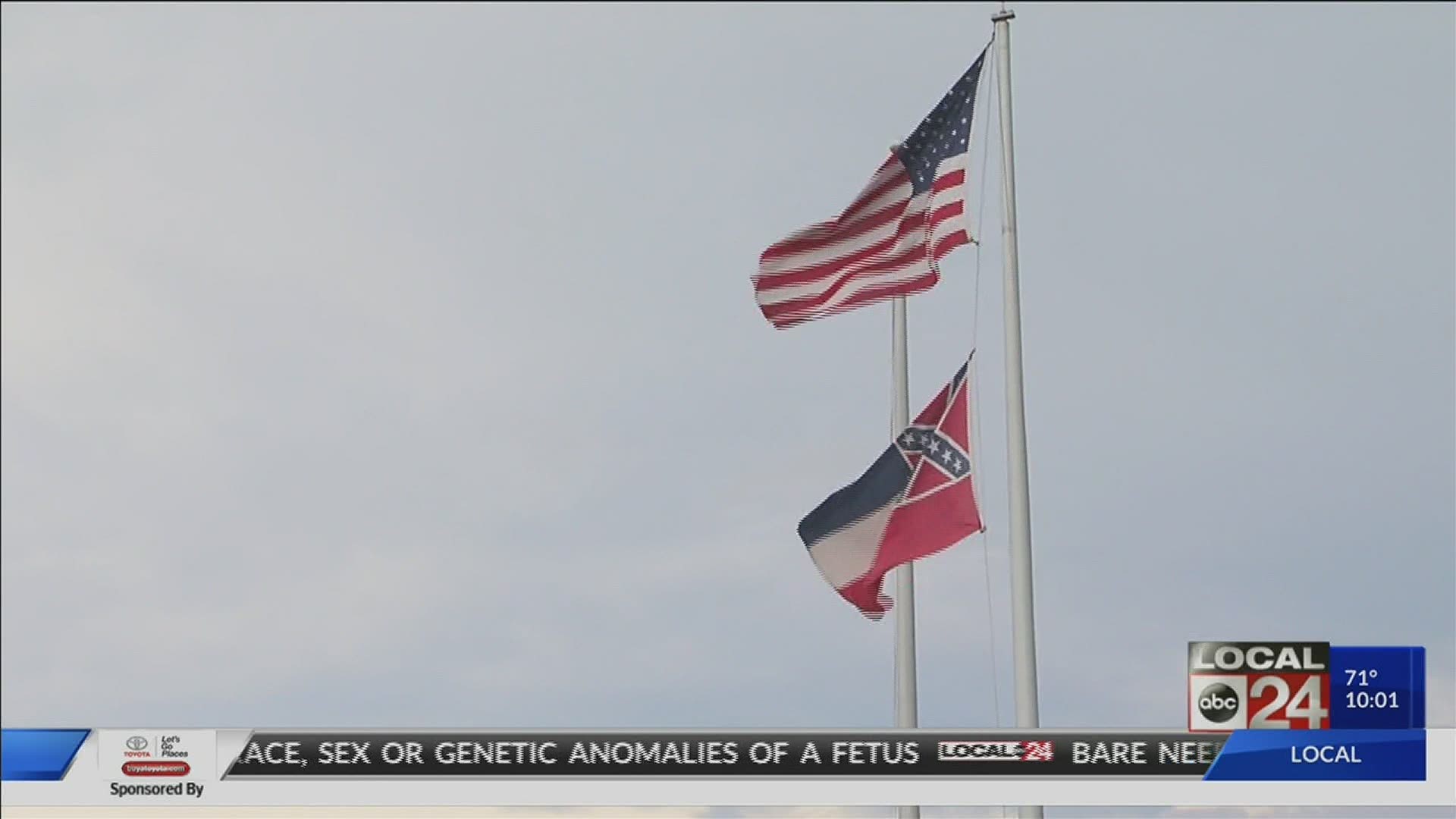 MEMPHIS, Tenn. — Walmart now joins other companies and organizations, like the SEC and NCAA, in boycotting the Mississippi state flag until it's changed. The Mississippi Baptist Convention also announced on Tuesday it's taking a stand against the state's flag because it's a matter of "biblical morality."

"While some may see the current flag as a celebration of heritage, a significant portion of our state sees it as a relic of racism and symbol of hatred," the Mississippi Baptist Convention Board said in a statement. "The racial overtones of the flag's appearance make this discussion a moral issue."

The Mississippi flag has a long history in the state. The design of the flag, bearing the Confederate battle flag, was adopted in 1894.

"The Mississippi flag is everybody’s heritage here in Mississippi," Chambers said. "I mean it’s flown for how many years."

Patsy Chambers disagrees with Walmart's decision to no longer sell or display the Mississippi flag. She feels it does not represent racism, but the heritage of Mississippians.

"It’s perfect the way it is," Chambers said. "I’m not racist or anything. The Blacks have just as much of a right in this world as we do."

Clifton Jimerson said it's time for a change and it doesn't stop with changing a flag.

"The racism still repeats itself and I think that’s a good thing to get rid of it. Right is right," Jimerson said.

Walmart stopped selling merchandise with the confederate flag in 2015. Anne Hatfield, a spokesperson for Walmart, said the company believes this decision is the right thing, so it can provide an inclusive atmosphere for all.

“We believe it’s the right thing to do and is consistent with Walmart’s position to not sell merchandise with the Confederate flag from stores and online sites, as part of our commitment to provide a welcoming and inclusive experience for all of our customers in the communities we serve," Hatfield said.

Jimerson said this is an issue if morality and understands this will be a long-debated issue. What's important to him is that we have symbols in our communities that are welcoming to all.

"Everyone has their opinions about things," Jimerson said. "I don’t think it’s going to change anything that’s going on. The slavery stuff repeats itself again in a secretive way."

RELATED: Tunica County will no longer display the Mississippi state flag on county buildings or properties

RELATED: J.C. Penney closing these 154 stores first. See if yours is on the list