Biden says he will debate Trump, vows to fact-check

House Speaker Nancy Pelosi told reporters she didn’t think Biden should debate the president at all. 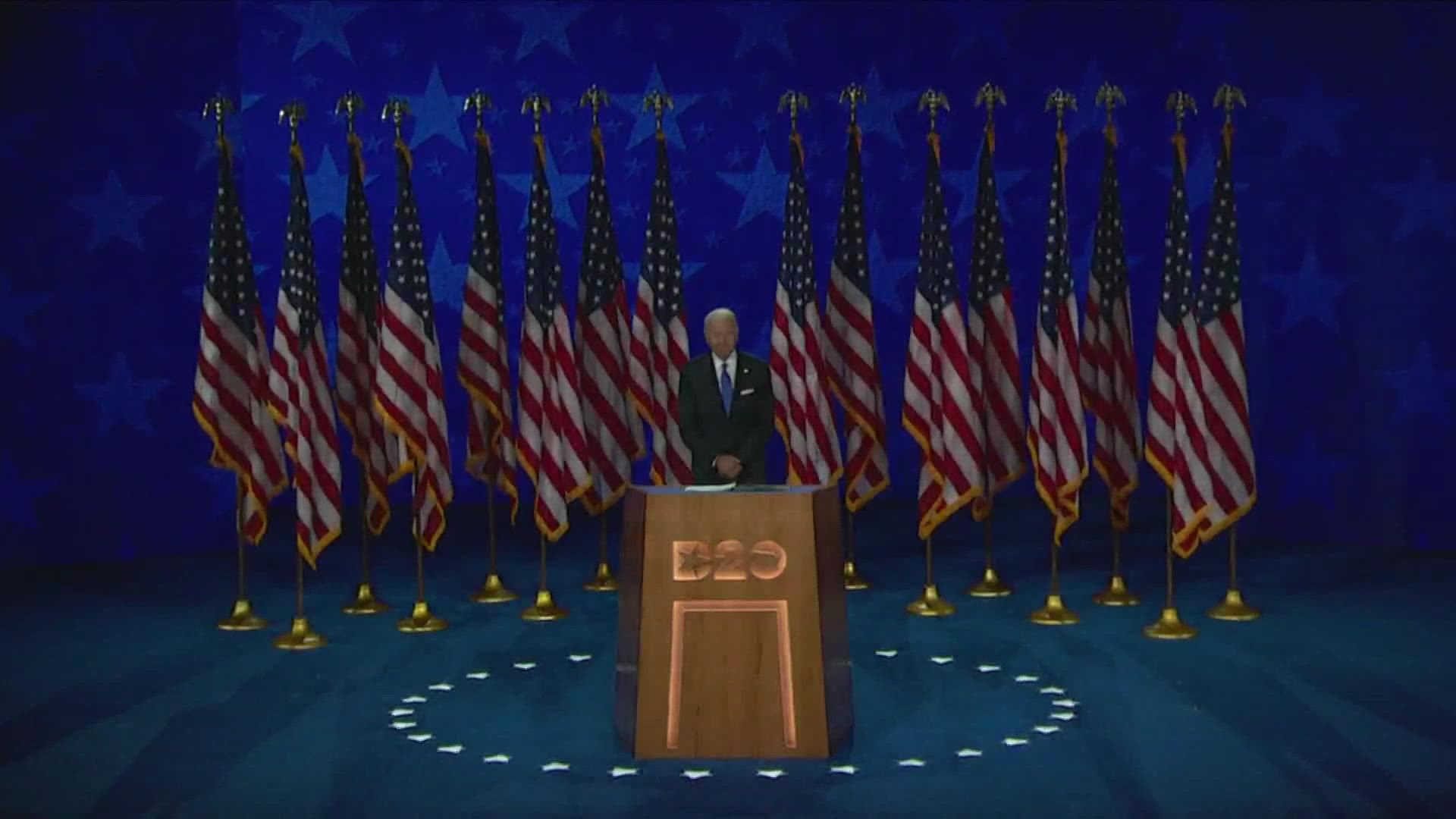 WASHINGTON — Democratic presidential nominee Joe Biden says he won't skip debates with President Donald Trump this fall, vowing he'll use the opportunity to confront his rival and be a “fact checker on the floor."

Biden said Thursday there’s no question the debates will take place, after House Speaker Nancy Pelosi told reporters earlier in the day that she didn’t think Biden should debate the president at all. Pelosi said she knows she disagrees with Biden on this, but she doesn’t think he should “legitimize a conversation” with Trump.

The Democratic nominee has repeatedly said he is eager to take on the president.

“Here’s the deal with bullies, I understand how they work,” Biden said on CNN. “And I’m going to play by the rules of the debate commission and we’re going to have a debate.”

In a separate interview on MSNBC, Biden said he’s going to be a “fact checker on the floor” during the debates and he thinks the media will fact-check Trump as well.

Biden said later Tuesday that he would be hitting the campaign trail — in person — after Labor Day.

He said during a fundraiser that he’ll start doing in-person events “a way that is totally consistent with being responsible.” Biden named Wisconsin, Minnesota, Pennsylvania and Arizona as some of the states that are under consideration by his campaign for in-person events.

Biden said he’ll “meet people where it matters — not at irresponsible rallies, or staged for TV to boost egos. but real people's communities, in real local businesses, in their lives.” He said he’ll hold events “consistent with the state rules” about crowd sizes and other regulations.

Biden has largely campaigned virtually from his Wilmington, Delaware, home, only venturing out for small, socially-distanced campaign events in Delaware or Pennsylvania counties just a few hours away. While Biden and his aides say he’s trying to comply with recommendations from public health experts in dealing with the coronavirus, Trump and his allies have ridiculed Biden for “campaigning from his basement.”

Biden knocked Trump for delivering his own remarks to the Republican National Convention later Thursday night on the South Lawn of the White House, calling him “totally irresponsible” for arranging an in-person audience for the event.

Regarding the debates, Pelosi said she believes Trump will “probably act in a way that is beneath the dignity of the presidency” and “belittle what the debates are supposed to be about.” She said a 2016 debate between Trump and Democrat Hillary Clinton was “disgraceful” as Trump stood close behind Clinton as she spoke, moving into her camera angle. Pelosi says Trump was “stalking” Clinton and should have been told to move away.

Instead, Pelosi suggests the two candidates have individual events where they take questions.

“Let that be a conversation with the American people,” she said. “Not an exercise in skullduggery.”

The nonpartisan Commission on Presidential Debates recently rejected a request from the Trump campaign either to add a fourth debate or move up the three already scheduled. Trump’s campaign said 16 states will have started voting by the time of the first debate on Sept. 29.