Members of Congress said the storm offered irrefutable evidence that the nation's power lines, roads, bridges and other infrastructure are deteriorating. 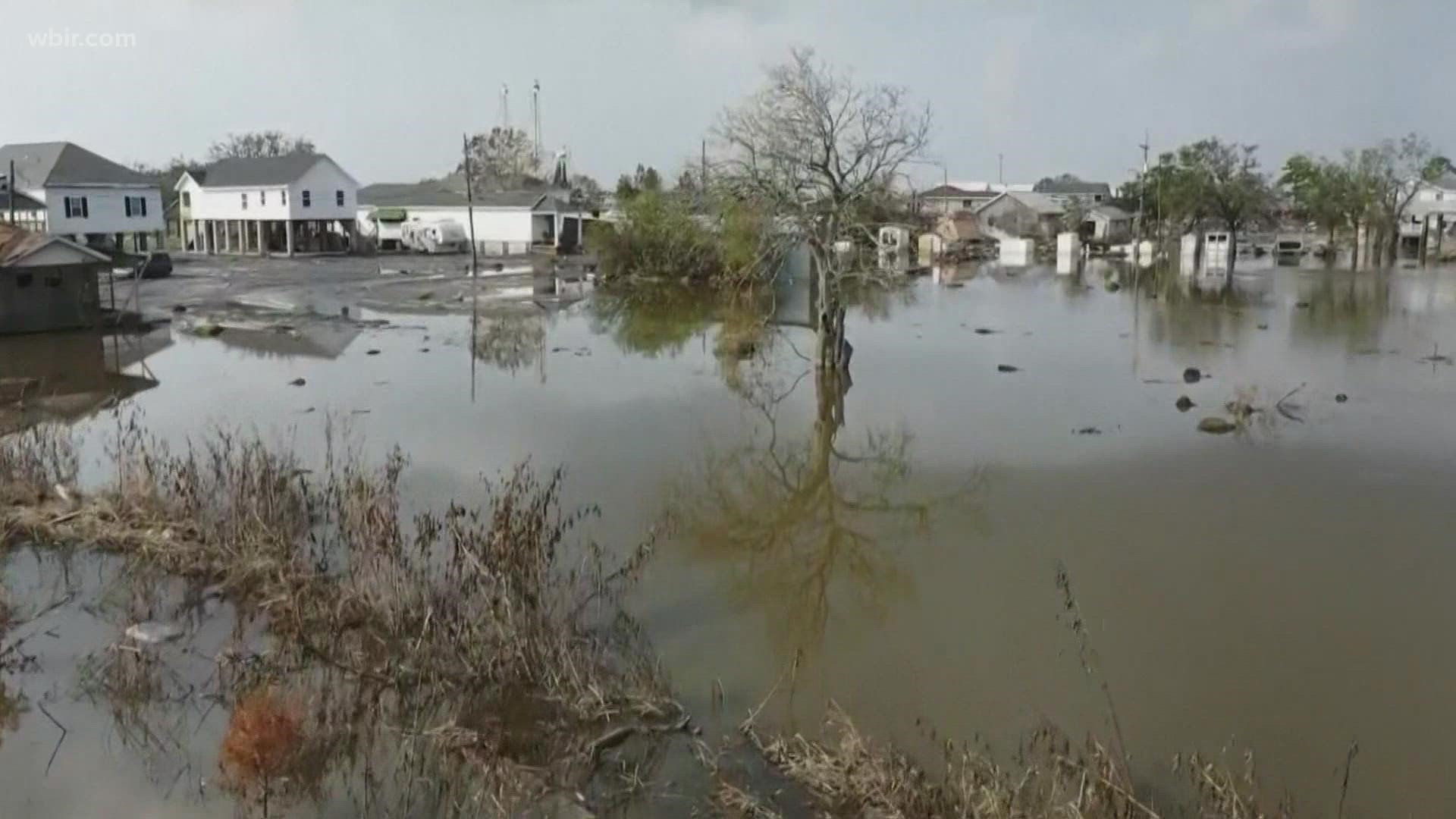 Shaken by haunting images of surging rivers, flooded roads and subways and other damage caused by the remnants of Hurricane Ida, lawmakers from both parties are vowing to upgrade the nation's aging infrastructure network.

As the deadly storm moved from the Gulf Coast through the Northeast, members of Congress said the deluge offered irrefutable evidence that power lines, roads, bridges and other infrastructure are deteriorating even as storms and other extreme weather are strengthening. At least 50 people from Virginia to Connecticut died as storm water from Ida's remnants cascaded into people's homes and engulfed automobiles, overwhelming urban drainage systems unable to handle so much rain in such a short time.

At least 16 deaths deaths were blamed on the storm in Louisiana, Mississippi and Alabama.

"Global warming is upon us," said Senate Majority Leader Chuck Schumer, D-N.Y. "When you get two record rainfalls in a week (in New York City), it's not just coincidence. When you get all the changes that we have seen in weather, that's not a coincidence. ... It's going to get worse and worse and worse, unless we do something about it."

Schumer and other lawmakers said the catastrophe is the latest example of why the nation needs the nearly trillion-dollar infrastructure bill passed by the Senate last month. He and other Democrats also are calling for passage of President Joe Biden's $3.5 trillion, partisan rebuilding plan aimed at helping families and combating climate change.

"It's so imperative to pass the two bills," Schumer said.

Democrats hope to pass both bills by the end of this month, but action on the bipartisan bill may be difficult until the larger package is ready. Progressives have said they won't support a bipartisan bill without strong companion legislation to advance their priorities.

Biden made a pitch Friday for the bipartisan bill, saying it "is going to change things on our streets across the country." He cited the bill's "historic investment" in roads, rail and bridges, as well as clean energy, clean water and universal broadband.

"It's about resilience," Biden said. "Make our roads and highways safer. Make us more resilient to the kinds of devastating impacts from extreme weather we're seeing in so many parts of the country."

"If we're going to make our country more resilient to natural disasters, whatever they are, we have to start preparing now," said Sen. Bill Cassidy, R-La.

Cassidy, a lead negotiator on the bipartisan bill, has touted the infrastructure legislation as a boon to hurricane-prone states such as his. "I'm sure hoping that Republicans look around my state, see this damage and say, 'If there's money for resiliency, money to harden the grid, money to help sewer and water, then maybe this is something we should be for,'" he told CNN.

Ultimately, repair and replacement of roads, bridges and other infrastructure damaged by Hurricane Ida and other natural disasters are likely to be funded by Congress as emergency relief money. But the bipartisan bill will be valuable in providing major investments in "future-proofing" infrastructure against climate change and extreme weather such as Ida, according to Jeff Davis, a senior fellow at the Eno Center for Transportation, a Washington think tank.

The bill would be the first to devote money for "climate resilience," including $17 billion for the Army Corps of Engineers to address backlogs in federal flood control projects.

The National Oceanic and Atmospheric Administration would receive $492 million to map inland and coastal flooding, including "next-gen" modeling and forecasts. Another $492 million would go toward improving the resilience of coastal communities to flooding by restoring natural ecosystems.

The legislation also provides $3.5 billion for the Federal Emergency Management Agency to help communities reduce the risk of flood damage and $8.7 billion for the Transportation Department to award grants to states to improve resiliency in ports and other coastal infrastructure.

"We have to start planning for what the future might hold and do modeling that's going to help us predict what these future risks are going to be," FEMA Administrator Deanne Criswell told "Fox News Sunday," calling the increasing frequency of severe storms that intensify more rapidly "a new normal" because of climate change. "These threats aren't going to go away, and we need to start to reduce those impacts."

Rep. Garret Graves, R-La., said that a bipartisan infrastructure bill is needed but that the bill approved by the Senate could harm oil-producing states such as Louisiana by freezing out benefits for states that encourage fossil-fuel production.

The Democratic-only bill is even worse, Graves said, calling it "a final nail in the coffin" to the offshore oil industry, which is already struggling because of the pandemic and the hurricane.

"All this does is benefit Iran," Graves said. "It benefits Russia. It benefits China."

In an interview, Graves said he would prefer to use emergency spending to help Louisiana and other states hit by the hurricane. That way, money "is tailored to the disaster" and based on need, not ideology, he said.

But Ed Potosnak, executive director of the New Jersey League of Conservation Voters, said emergency spending, and even the bipartisan infrastructure bill, is not sufficient to address the threat of climate change.

"We have not taken the bold measures we need to protect our families and our way of life and our communities that we cherish," he said.

Potosnak, whose central New Jersey neighborhood was flooded by Ida, said storms are increasing in intensity and frequency, with at least seven "100-year storms" in the past few decades.

"I hope this storm is a reminder to all our elected officials: This is what climate change looks like,'' Potosnak said. "Congress needs to act to match the challenge we face."