Single adults drove border encounters to the highest level in more than 20 years. 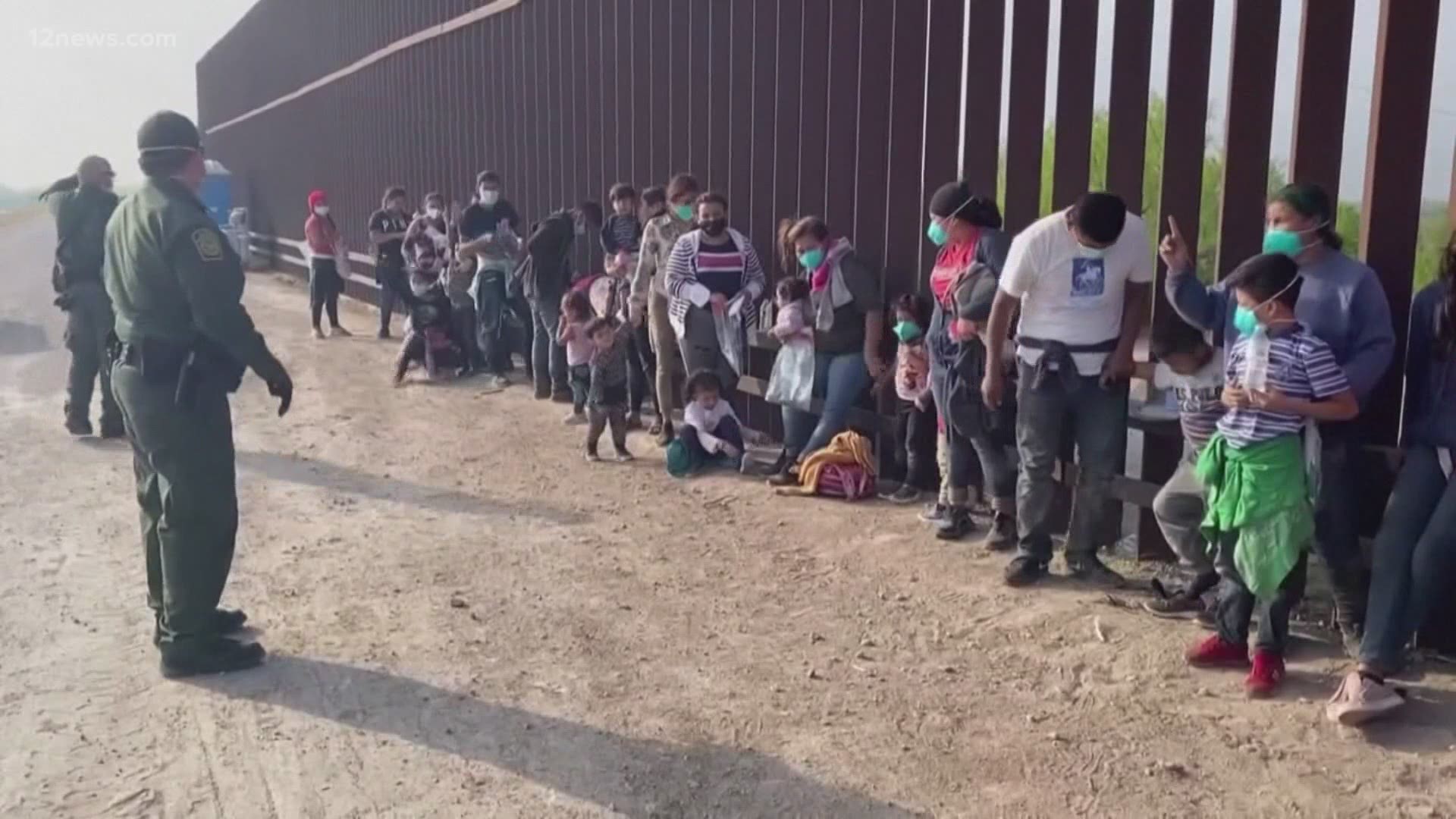 LA JOYA, Texas — Parents emerge from the brush into a baseball field, carrying exhausted children. Border Patrol agents dictate orders: Families with young children in one line and unaccompanied children in another. The smallest of three lines is for single adults.

The scene Tuesday night in La Joya, a town of about 4,000 people, plays out nightly in Texas’ Rio Grande Valley, presenting Joe Biden with one of the most serious challenges of his young presidency — high numbers of migrants crossing the U.S.-Mexico border to seek asylum. April was the second-busiest month on record for unaccompanied children encountered at the border, following March’s all-time high.

But while asylum-seeking families and children dominate public attention, single adults represent a growing number of border encounters, nearly two of every three in April. They are less likely to surrender to authorities than families and children, making them less visible.

The Border Patrol’s 173,460 total encounters in April were up 3% from March, marking the highest level since April 2000. The numbers, released Tuesday, are not directly comparable because most of those stopped were quickly expelled from the country under federal pandemic-related powers that deny rights to seek asylum. Being expelled carries no legal consequences, so many people try to cross multiple times.

Single adults — more than half of them from Mexico — drove the increased activity. The Border Patrol had 108,301 such encounters in April, up 12% from March. Nearly nine of 10 adult encounters ended in expulsions under pandemic-related authority that began under former President Donald Trump and continued under Biden.

Biden, however, exempts unaccompanied children from expulsion, allowing them to stay in the U.S. while pursuing asylum claims. Families with young children are also often released in the U.S. while their cases wind through the bottlenecked immigration courts.

Some current and former border enforcement officials say massive attention on families and unaccompanied children consumes agents’ time and has created an opening for single adults and drug smugglers to elude authorities.

Michael Fisher, the Border Patrol chief from 2010 to 2015, said some agency leaders have told him that agents are spending 40% less time patrolling and more on “processing, doing meals" and duties related to the increased numbers of children.

“The line is very thin right now, and the cartels exploit that,” he said.

Credit: AP
The border fence that separates the United States and Mexico is seen from Kory's, a clothing store in downtown Nogales, Arizona on March 15, 2021. Small businesses in border towns across the U.S. are reeling from the economic fallout of the partial closure of North America's international boundaries. Residents, small business owners and local chambers of commerce say the financial toll has been steep, as have the disruptions to life in communities where it's common to shop, work and sleep in two different countries. (AP Photo/Suman Naishadham)

While agents try to count how many people elude capture, Fisher thinks it would be “a guess at best” in the Rio Grande Valley, the busiest corridor for illegal crossings. Its often thick brush has traditionally not had many sensors, and many families and children cross in large groups. The Border Patrol’s most trusted method of counting how many people get away relies on observing tiny human traces: dusty footprints, torn cobwebs, broken twigs, overturned pebbles.

The Trump administration frequently flew Mexican adults far from the border in hopes of deterring them from crossing again, but recidivism has remained unusually high. The Border Patrol says 29% of people expelled in April had been expelled before.

Hoping to recalibrate staffing, the Border Patrol Academy recently graduated its first class of employees devoted to preparing court documents, freeing up more agents to work in the field. They are assigned to the busiest corridors in Texas but their limited numbers mean they're unlikely to make much immediate impact.

Meanwhile, authorities encountered 17,171 children traveling alone in April, down 9% from 18,960 in March but well above the previous high of 11,475 reported in May 2019 by the Border Patrol, which began publishing numbers in 2009.

Border Patrol encounters with families fell in similar proportion to unaccompanied children — down 10% to 48,226 from 53,406 in March. Barely one in three family encounters resulted in expulsion.

In La Joya, a 15-year-old girl said she left her native Honduras without her parents or siblings in hopes of an education and eventually a job to help her family back home. She traveled for a month and a half and arrived at the baseball field with a larger group of migrants, sporting a black T-shirt with a phrase in English she did not understand: “Women Move Mountains.”

“I wanted a better future for me and my family. I want to study and work,” she said, adding that her uncle and aunt in New York offered to open their home to her.

The Associated Press is not using the girl’s name. It does not normally name children without permission from their parents, and the identity of her parents could not be obtained.

Nearby, two sisters from Honduras, ages 14 and 16, undid their buns and removed the laces of their pink sneakers after an agent ordered them to place the laces and hair ties and other property like phones and bracelets in a plastic bag.

Rudys Acuña, 29, said he left Nicaragua for political reasons. He carried his 4-year-old son on his shoulders as he awaited orders from agents.

“Sometimes you are really forced to leave your country. It’s not that you want to,” he said.