Onlookers gasped as the cat fell. But it missed a wall as it hurtled downward and instead landed on all four paws atop grass. 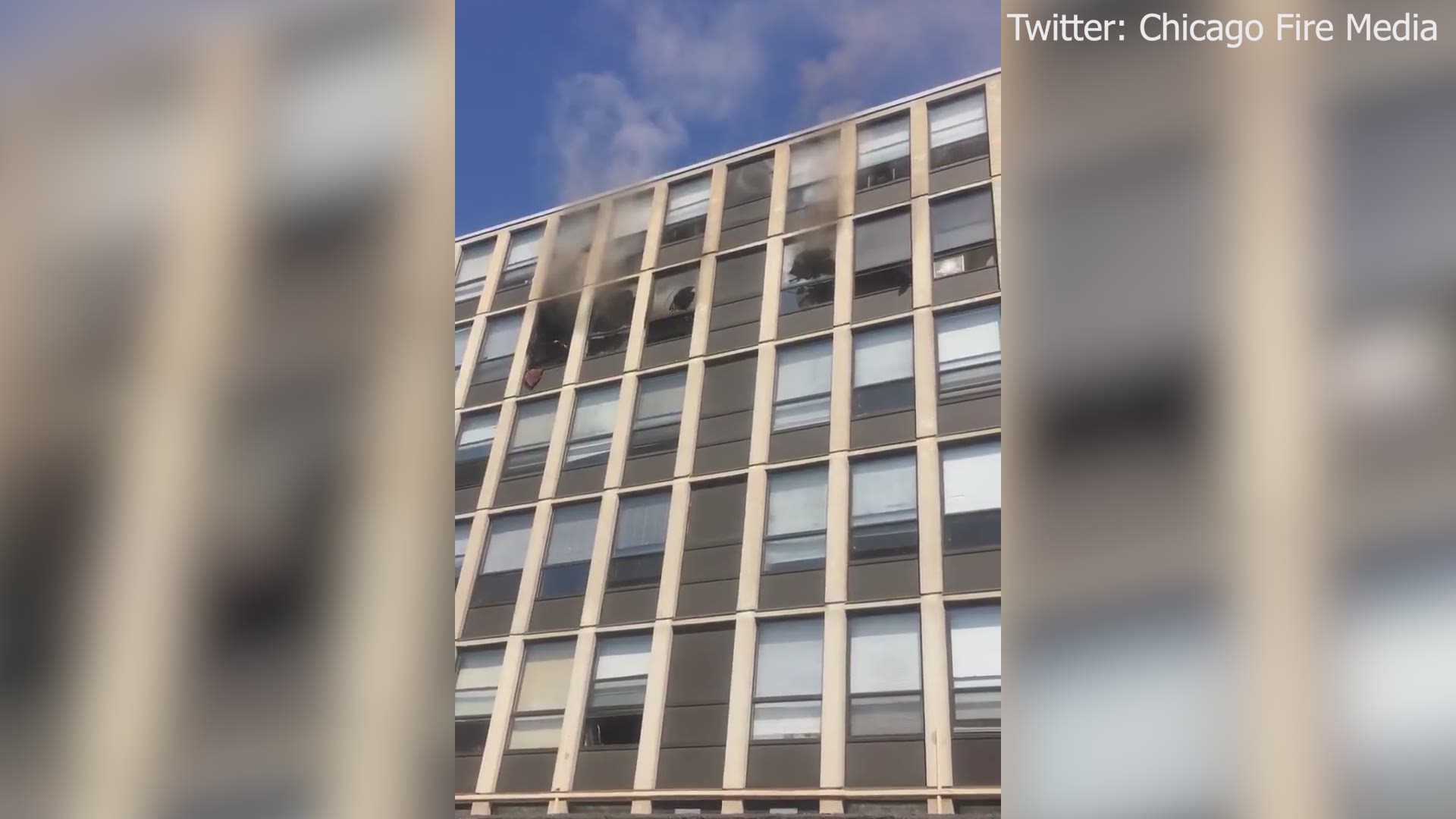 CHICAGO — A Chicago cat may now have eight lives after jumping out of a fifth-floor window Thursday afternoon to escape an apartment fire.

Chicago Fire Department personnel were taking a video of the exterior of the building as firefighters were extinguishing the blaze when a black cat appeared through billowing smoke at a broken window. The fire-fleeing feline briefly tested the side of the building with its front paws, and then jumped.

Onlookers gasped as the cat fell. But it missed a wall as it hurtled downward and instead landed on all four paws atop grass, where it bounced once and immediately ran away.

Nine lives for a cat that jumped from fire at 65th and Lowe. Cat hit grass bounced and walked away! pic.twitter.com/LRBsjMta2Z

“It went under my car and hid until she felt better after a couple of minutes and came out and tried to scale the wall to get back in,” said fire department spokesman Larry Langford.

The cat was not injured, Langford said, adding he was trying to track down its owner.

No injuries were reported after the fire, which was confined to one apartment. The cause of the fire hasn't been reported by officials, nor how much damage resulted.