If passed, it would protect employees from being discriminated against based on their hairstyle. 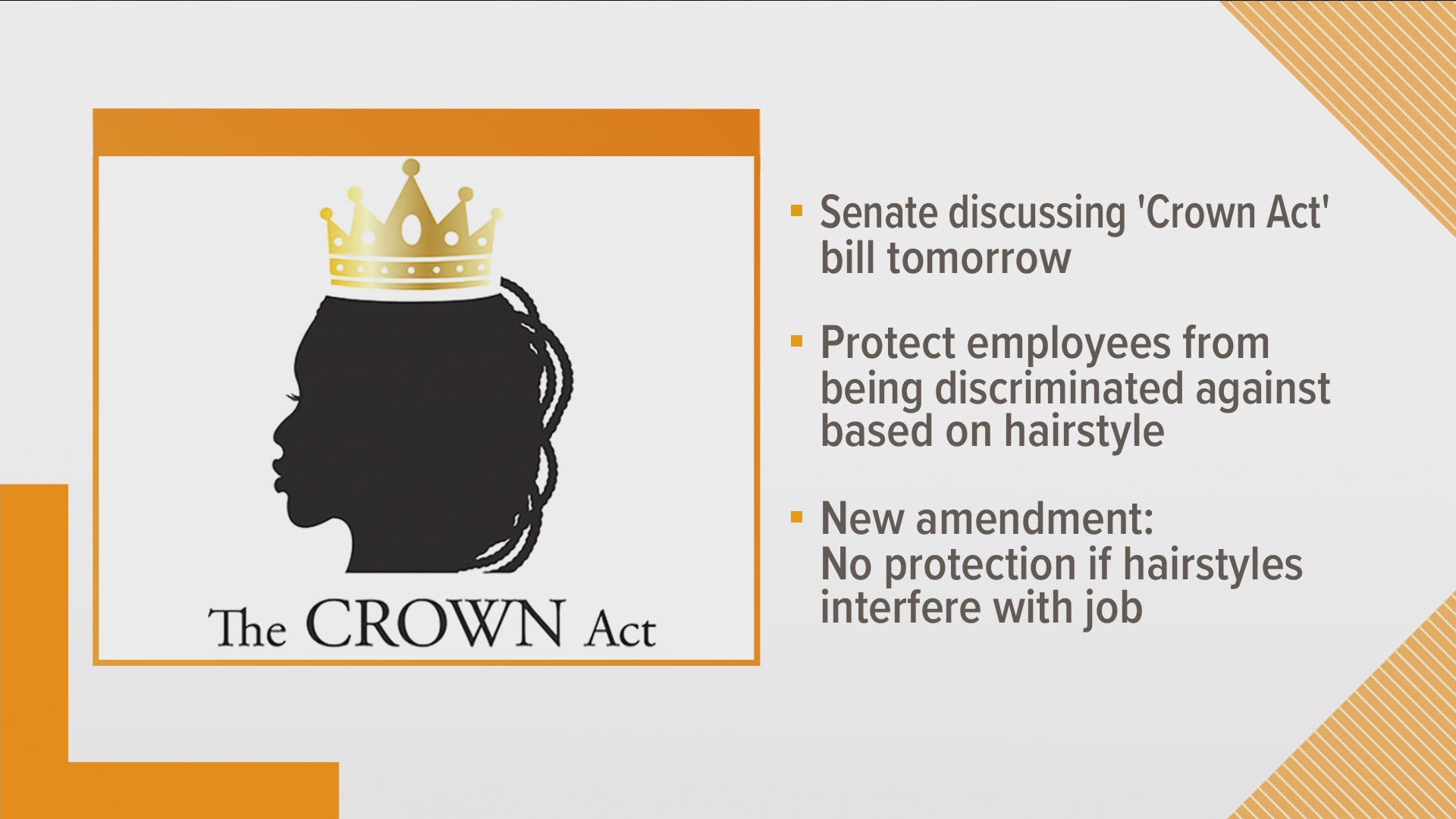 If passed, it would protect employees from being discriminated against based on their hairstyle.

Earlier this week, the Senate made a small change to the bill.

A new amendment said protections wouldn't apply to public safety employees if their hairstyle prevents them from performing "essential functions" of the job.

A bill has advanced in the Tennessee Senate that would protect people from being discriminated against based on their hairstyle.

On Jan. 24, Sen. Raumesh Akbari (D-Memphis) introduced Senate Bill 1832, or the 'Create a Respectful and Open Workplace for Natural Hair (CROWN) Act of 2020.' It would amend the Tennessee Human Rights Act to prevent hairstyle discrimination.

RELATED: Bill blog: What Tennessee lawmakers are talking about in 2020

On Wednesday, the bill advanced in the state Senate on second consideration and was referred to the Senate Commerce and Labor Committee.

The CROWN Act would amend state law to include language about 'protective hairstyles,' which would include but not be limited to braids, dreadlocks and twists.

It would also add language to the subsection on race, which would include 'physical and cultural characteristics associated with a certain race' -- including hair texture and protective hairstyles.

If passed, the protections would take effect on July 1, 2020.

RELATED: Ellen, Alicia Keys had a big surprise for the Mont Belvieu teen who refuses to cut his dreadlocks