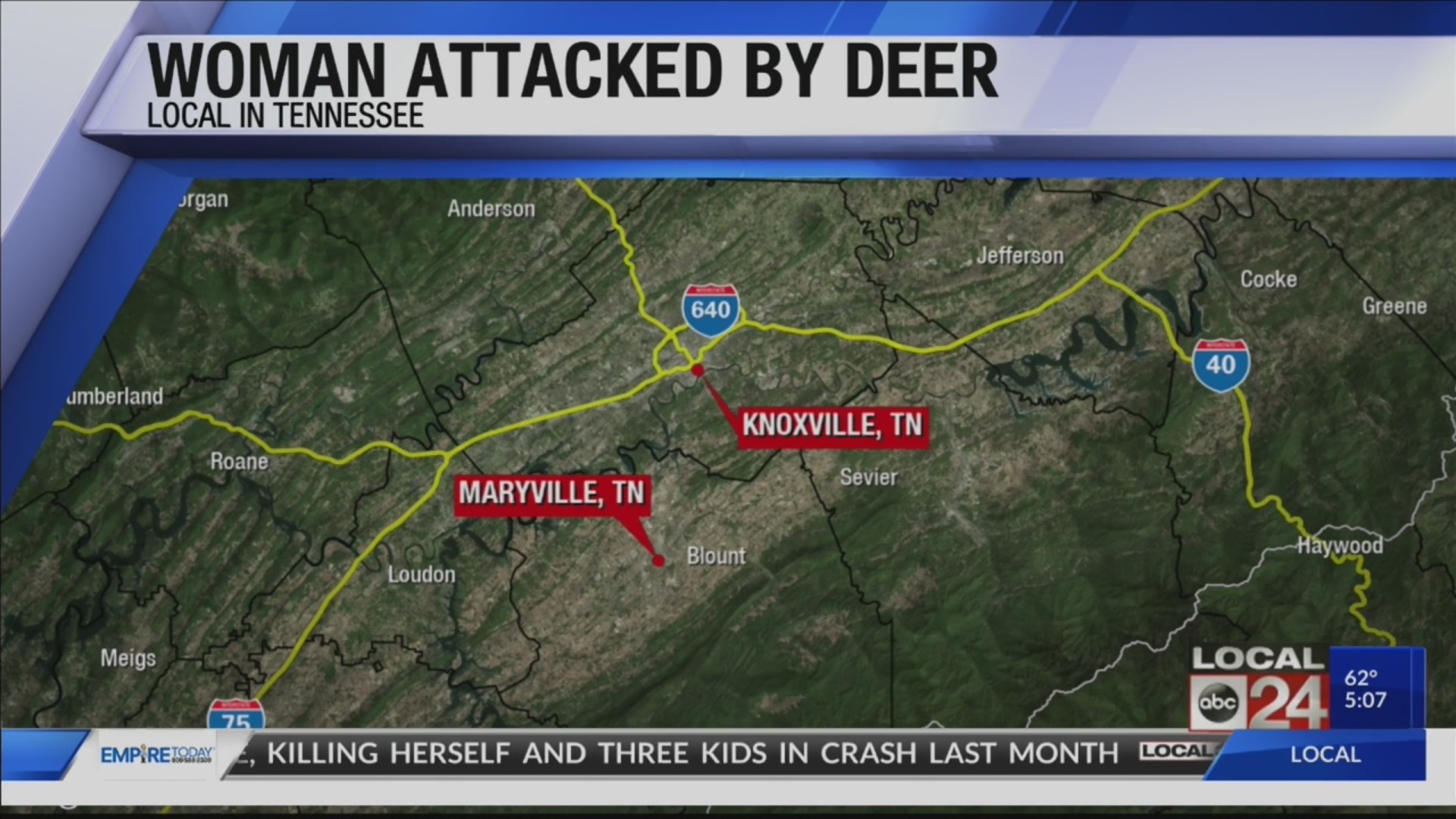 BLOUNT COUNTY, Tenn. (localmemphis.com) – An East Tennessee woman was seriously injured Monday afternoon in an attack by a humanized white-tailed buck deer outside a business in Maryville.

According to theTennessee Wildlife Resource Agency, around 12:40 p.m., a woman from TellicoPlains was outside of a business getting the mail when the deer came up behindher and slammed into her back knocking her to the ground.

The deer then circledaround her, goring her with its antlers. To protect herself, the woman grabbed the deer’s antlers.  The deer then dragged her, continuing toattack her.

Three bystanders wereable to separate the deer from her and get her to safety.

TWRA officers respondedto the area and found the deer at a home near where the attack happened.  The deer was wearing an orange collar andofficers saw the deer acting humanized.

The officers removed thedeer from the home and euthanized it at another location.

A criminal investigationis ongoing, but, preliminary information has revealed the deer was raised by peoplefrom a young age and unnaturally humanized.

“This is an unfortunate exampleof the consequences that come from habituating and humanizing wild animals,”says TWRA.

TWRA says its officers haveseen several situations where deer becomes aggressive toward people, oftentimeswomen when rutting activity begins.  Thissame rutting activity is also responsible for the uptick in deer versus vehiclecollisions in the fall as deer are more mobile during breeding season.

The white-tailed deerinvolved in Monday’s attack was about a year-and-a-half old, 4-point, weighingabout 75 pounds.