Tigers football puts a 17-game home winning streak on the line Saturday, the fourth-longest streak in the nation 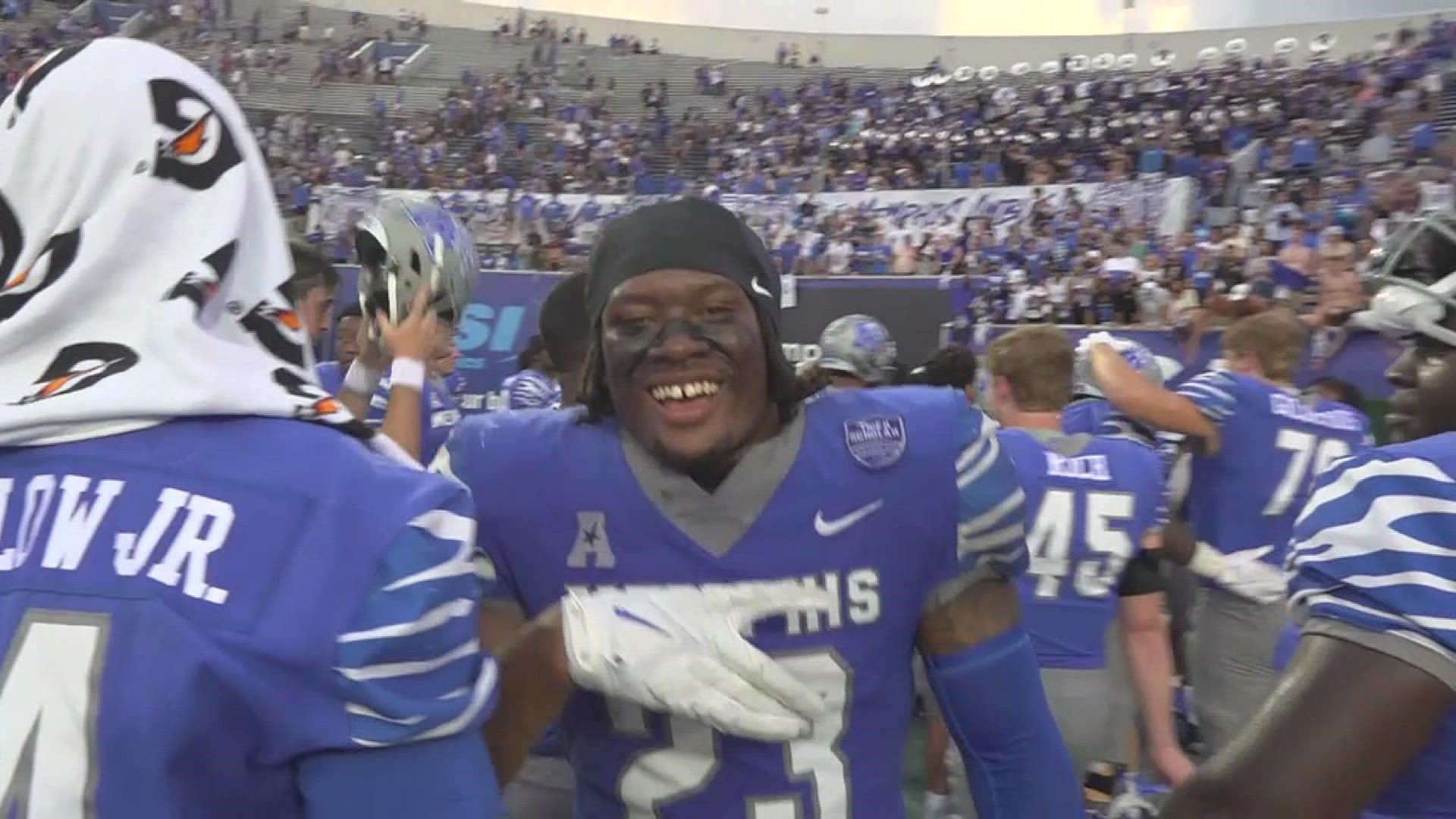 MEMPHIS, Tenn. — The meaning of Saturday's 31-29 win over Mississippi State is undeniable.

"That win was for the fans, for our great community," head coach Ryan Silverfield said. "For people that take a lot of pride in saying 'Hey we went out and beat an SEC school.'"

But with that signature non-conference win under their belt, Silverfield is turning the attention to their next test: a 3-0 UTSA squad that is tied with Memphis for 10th nationally in total defense.

"UTSA is as well-rounded of a team that we will face this year," he said. "They're great on offense, defense and special teams. They're well coached, and this is not just coach speak; they're going to give us everything at once."

The Roadrunners' veteran-heavy defense also ranks 19th in the country in defending the run; another challenge for a Tigers running back room that combined for just 87 rushing yards against the Bulldogs.

"We're going to have to bring it," Silverfield said. "Brandon's done a nice job on breaks and runs and play off of contact, Rodrigues Clark has been able to show the same, but we're going to need to continue to do that this week as well."

More than 43,000 fans were on hand as Memphis extended its home winning streak to 17 games, the fourth-longest such streak in the nation. Silverfield said the city showing up has helped make that possible.

"Not to steal the Grizzlies' deal, but we believe in Memphis vs. everybody," he said, in reference to the rallying cry of the Bluff City. "Having that chip on our shoulder when we're at home, we feel like we've got that shield on our back and we're willing to take on anybody."

Kickoff against UTSA is Saturday at 2:30 p.m.

How has @MemphisFB put together a 17-game home winning streak, the fourth-longest in the nation?

"Not to steal the Grizzlies' deal, but we believe in Memphis vs. everybody." -@RSilverfield pic.twitter.com/VYnlRQUEV8