For the first time, the annual Juneteenth festival is held at the Health Sciences Park where the remains of a former slave trader were recently removed weeks ago. 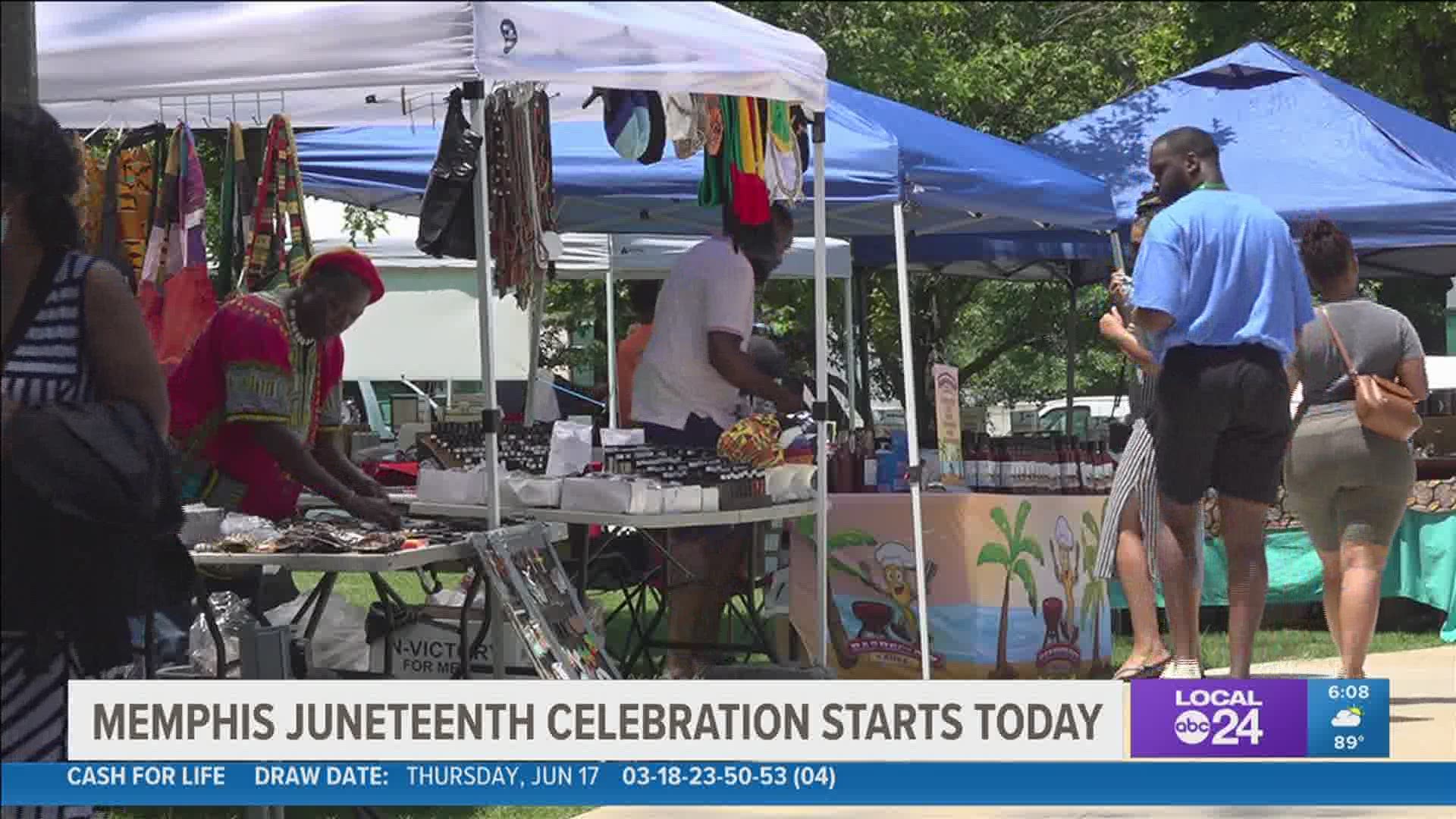 MEMPHIS, Tenn. — Juneteenth is now an official federal holiday and some Memphians were out celebrating Friday. For the first time, the annual Juneteenth festival is happening this weekend at the Health Sciences Park in Memphis Medical District. But while some people appreciate the recognition, they said more change is still needed.

"Juneteenth means freedom and Juneteenth should be recognized," Telisa Franklin, who is the Juneteenth festival president said.

This day goes by many names like emancipation day, freedom day, or the country's second Independence day. Juneteenth is one of the most important anniversaries in our nation's history. on June 19, 1865, the last group of slaves in Texas were told they were free. Two years after President Abraham Lincoln signed the emancipation proclamation.

"It feels good, it feels good, to be honest. the country is finally recognizing it which should have already been done," James write said.

The Health Sciences Park in Memphis Medical District, where the weekend-long festival is held, is the same park where former slave trader Confederate General Nathan Bedford Forrest's statue once stood tall and where his remains were just removed from earlier this month.

"In this very same park, I feel like another momentous independent day because in this one park there weren't people like you and me here sweetheart," Franklin said. "We couldn't be in this park, but here we are now having a good time, enjoying life because we are free, this park is free."

Since president Joe Biden made Juneteenth a federal holiday, not everyone is jumping with joy.

Today, I had the honor of signing a bill to officially make Juneteenth a federal holiday. With this important step, all Americans can feel the power of the day, learn from our history, celebrate our progress, and grapple with the distance we still have to travel. pic.twitter.com/UN5WgCiAy2

Some took to social media to express they believe making Juneteenth a National holiday is a placeholder for real change. However, Wright said black people who are not celebrating the national recognition of Juneteenth are being narrow-minded.

We didn’t ask for a Juneteenth to be observed as a national holiday, we wanted an end to police violence.

Soooo… Juneteenth can be unanimously approved by the Senate as a national holiday but we can’t pass the John Lewis Voting Rights Act? pic.twitter.com/9On20VUf5z

"You are not looking at the bigger picture. It's going to take time," he said.

The Juneteenth holiday is celebrated all weekend leading to Sunday. The festival is open from 10 a.m. to 10 p.m. this weekend and free to the public. You can expect several food trucks, vendors, and live music.