The development is expected to bring an estimated 6,000 jobs and an investment of $5.6 billion to the Mid-South. 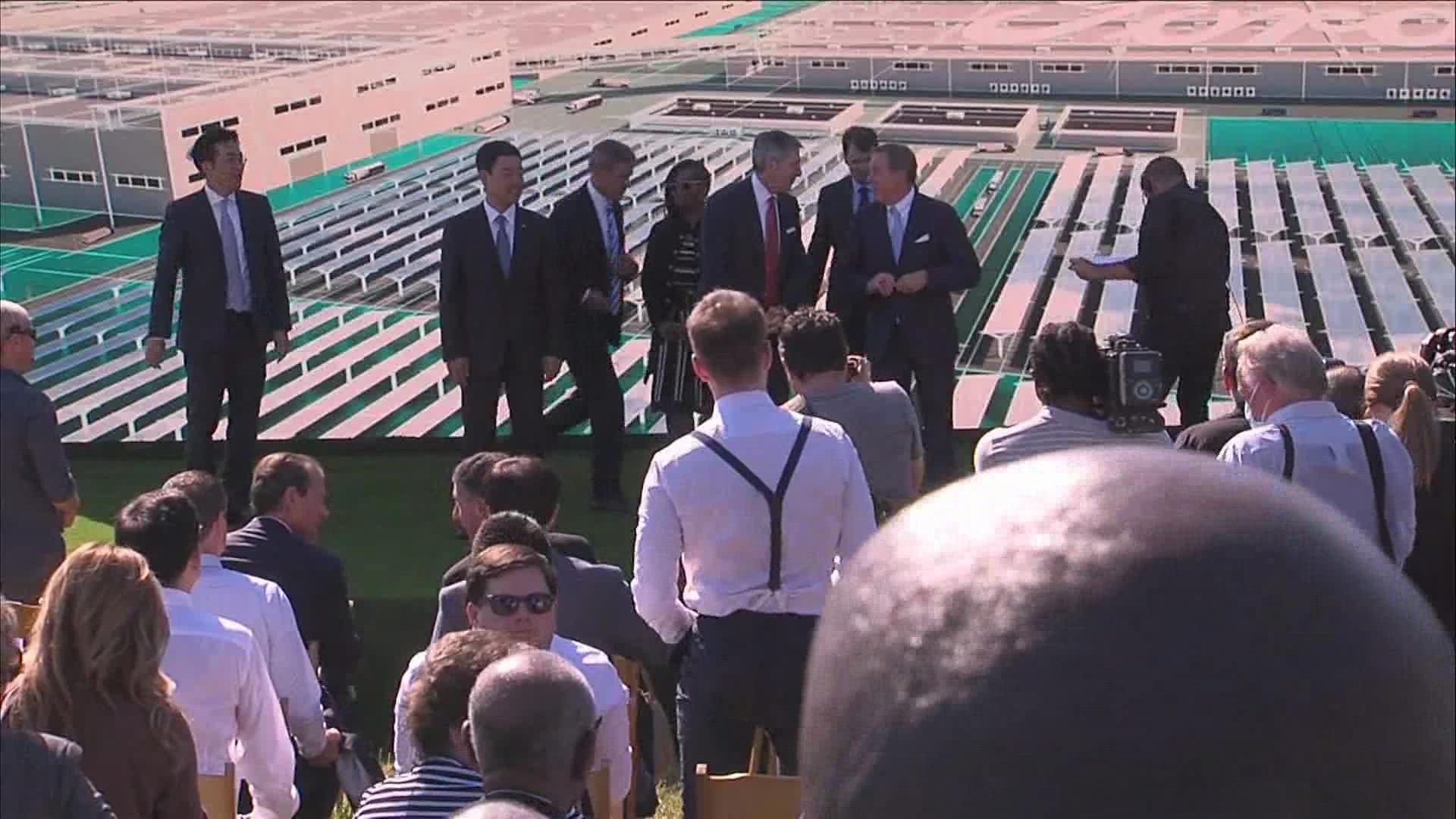 NASHVILLE, Tenn. — Ford Motor Company is bringing one of the largest battery and vehicle manufacturing plants in the U.S. to the Mid-South.

Tennessee Gov. Bill Lee's office announced Monday the plant will be at the Memphis Regional Megasite.

Lee, Ford executives, and Memphis Leaders were in Memphis at Shelby Farms Park Tuesday morning to discuss what this means for the area.

“West Tennessee is primed to deliver the workforce and quality of life needed to create the next great American success story with Ford Motor Company and SK Innovation,” said Gov. Lee. “This is a watershed moment for Tennesseans as we lead the future of the automotive industry and advanced manufacturing.”

The development is expected to bring in about 6,000 jobs and an investment of $5.6 billion to the region.

“This is tremendous news for the Shelby County suburbs, for Memphis, and for all of West Tennessee. It will have a huge economic impact on our region.  These are high tech jobs, and the state remains committed to providing the skilled workforce necessary to draw new industries to locate here. Many of us in the legislature have worked for many years to promote the Memphis Megasite, and I’m thrilled to see Governor Lee bring this dream to reality,” said Senator Brian Kelsey (R-Germantown).

“Tennessee is leading the way for innovation,” said Senator Blackburn. “Ford and SK Innovations’ investment in West Tennessee will develop the next generation of American electric vehicles and battery production. Altogether, the 5.6 billion dollars in investment will directly create 5,800 jobs in addition to countless opportunities in supporting industries. Through this historic project, our state will gain access to trainings and workforce development for years to come. Ford and SK Innovations’ growth will transform the landscape of West Tennessee and encourage further investment in the Volunteer State.”

“This historic investment by Ford and SK Innovations will bring good-paying jobs and incredible opportunities to thousands of Tennessee workers and families in west Tennessee, and throughout the mid-south,” Senator Hagerty said. “These two companies could have chosen any other state, but they chose Tennessee because they saw the advantages our state offers—a business-friendly climate, an incredible workforce, a logistics hub. With this investment, the Volunteer State is on the cutting edge of the automotive industry, not only leading domestically but globally. As the former Commissioner of Economic & Community Development, I applaud the leadership and tireless efforts of Commissioner Bob Rolfe and his staff who have spent a decade preparing for this day, as well as the vision of Governor Bill Lee, who along with Commissioner Rolfe, have proven yet again that they are the best in the nation at recruiting transformational opportunities for the citizens of Tennessee.”

“Today is a truly remarkable day for West Tennessee and the entire region. Ford’s investment in the Megasite will bring in thousands of jobs and will reshape West Tennessee’s economy for generations to come. I would like to thank Governor Bill Lee and his economic development team for their hard work in securing this investment. Ford’s commitment to our state reaffirms its confidence in West Tennessee, Governor Bill Lee and his leadership, as well as the economic opportunity of the Memphis Regional Megasite. I look forward to working with Ford and Governor Lee to ensure West Tennessee is a leader in our nation’s automotive industry,” said Representative Kustoff.

“I am overjoyed that the Ford Motor Company has selected our state to be a major part of the electric car revolution. My thoughts go to my many colleagues in the legislature and throughout various administrations who had the vision to appropriate funds and develop this parcel of land in West Tennessee for just such an opportunity. We were tenacious and had faith that this day would arrive. The Memphis megasite has attracted the right tenant at the right time and I want to thank everyone throughout the years who worked to make this possible.

Good jobs are key to a strong society. The investment that Ford is making in our communities and in our state will be a partnership that will strengthen our state for decades to come. While the more than 5,000 new jobs and the estimated economic growth worth billions will be transformative for the area…it’s equally important that this is a project that is forward-looking both for the people of the region and for the health of the planet. Electric vehicles are the future. Today’s announcement shows the world that Tennesseans are ready to work to make that future a reality.”

In 2025, 5,700 good paying @Ford jobs will come to Memphis Regional Megasite. I view economic development regionally, and anything benefiting our region will also benefit Memphis. Like, in 1983, Nissan opened its assembly plant in Smyrna, and it benefited the region & Nashville. https://t.co/IyWspDhVdB

After many years and significant investment, it’s incredible news that the megasite will soon have a tenant. @Ford Motor Company, welcome home.https://t.co/c6r4OWwVmM