“We routed the pipeline through south Memphis due to the location of the refinery,” said Brad Leone with Plains All American Pipeline. 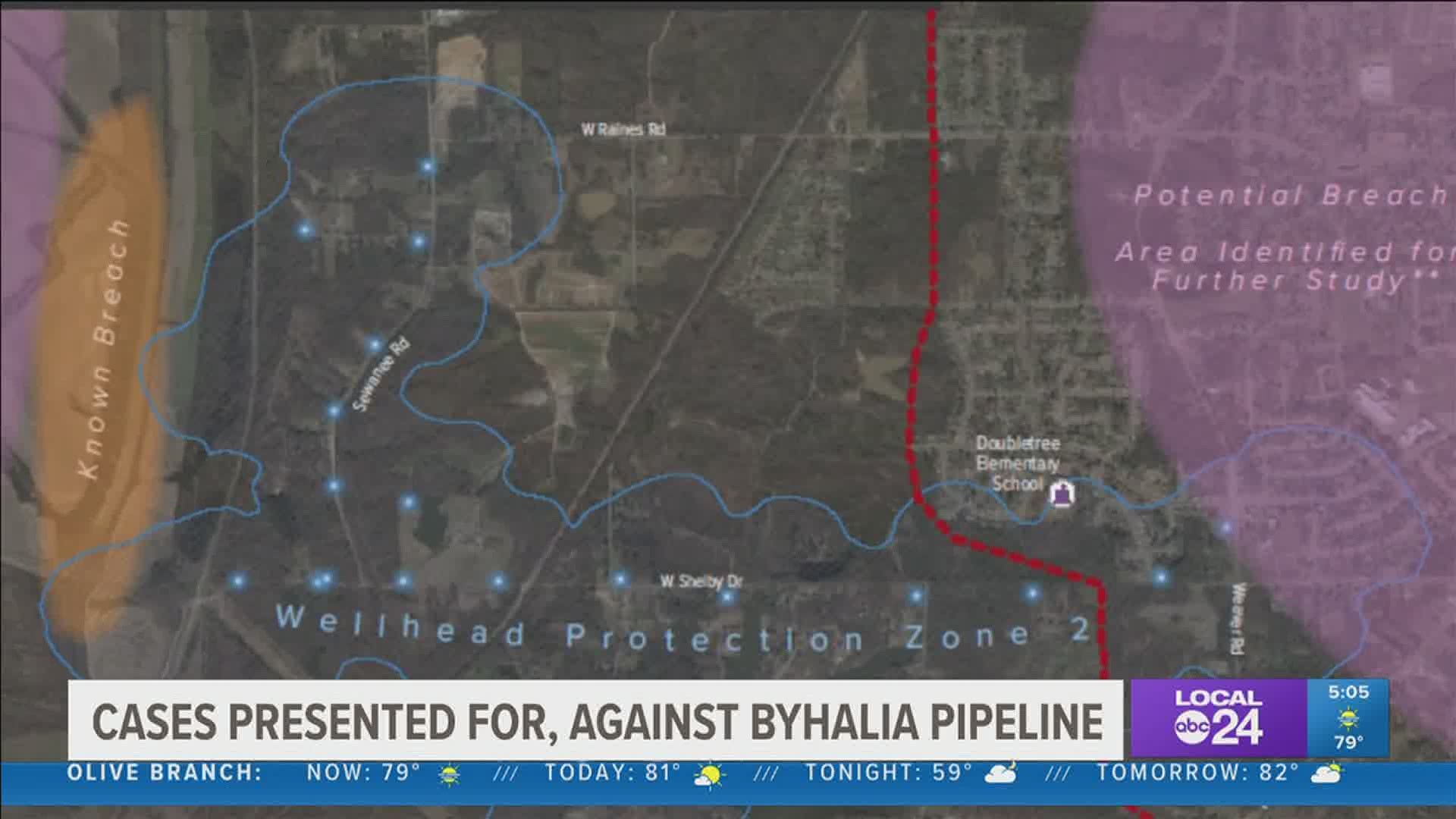 MEMPHIS, Tennessee — Tuesday, both sides of the battle over the Byhalia Pipeline presented their case. It was the first time we heard from someone representing the project. During today’s Rotary Club meeting, groups against the pipeline, and one of the companies behind the project, made presentations and answered questions.

Those against the 50-mile crude oil pipeline say the project affects minority neighborhoods and could seep into our drinking water, but representatives say that's not true.

“The route was not driven by race, class, gender, or any other demographic. It wasn't a choice to affect one group of people over another. We routed the pipeline through south Memphis due to the location of the refinery,” said Brad Leone with Plains All American Pipeline.

The Memphis City Council and Shelby County Commission have passed ordinances against the pipeline; however, a city council vote is delayed another week to stop all oil pipelines from being built in Memphis without special permit approval.

This is why we are fighting... to protect our people, and our clean drinking water. Please watch https://t.co/TbeA4wXUf0