Do protesters have rights if they are in the street?

Local 24 reporter Caitlin McCarthy is looking into what rights that protesters have when they are blocking off traffic. 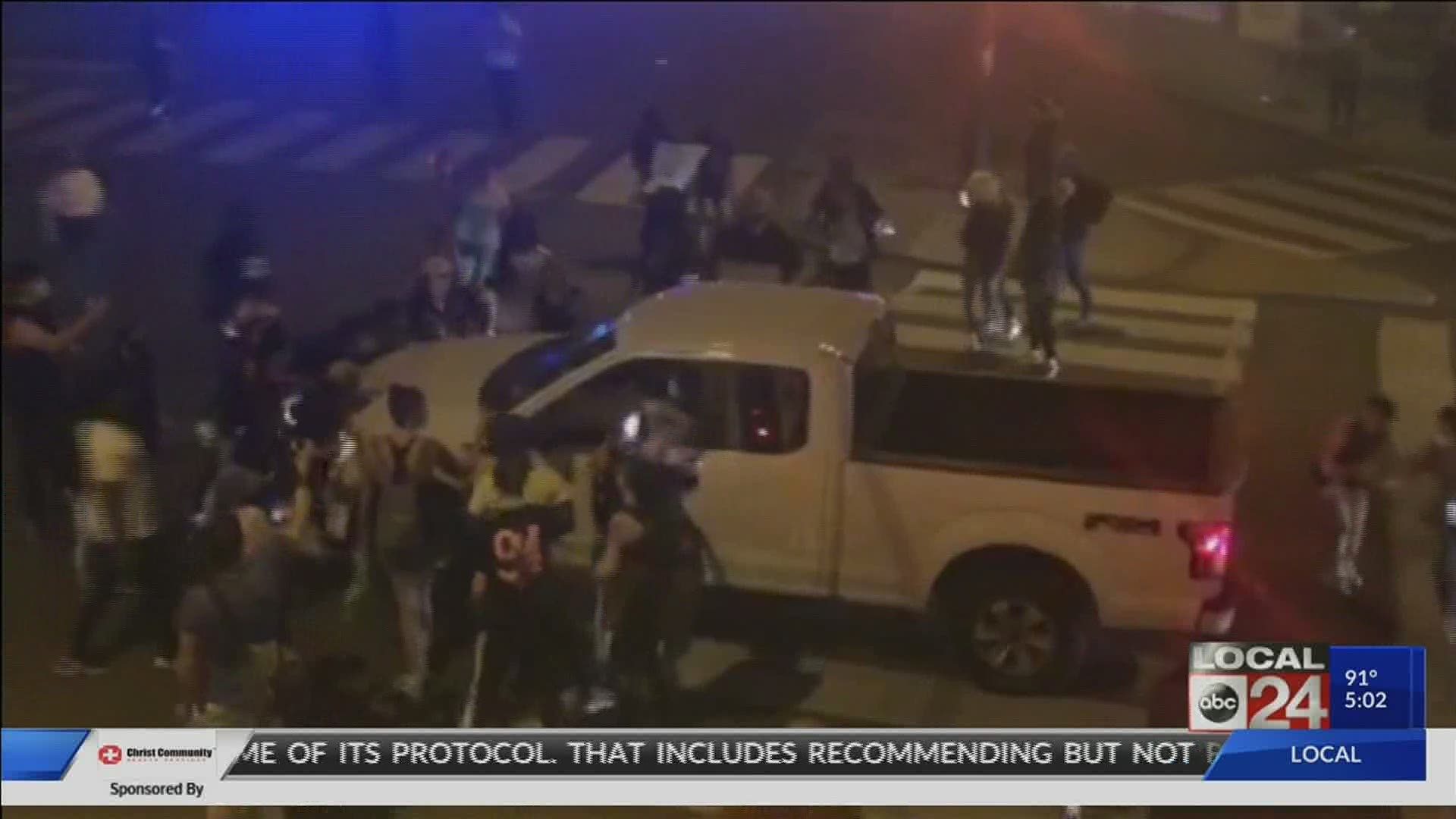 MEMPHIS, Tenn. — Around 9:30 pm Saturday night, a small group of protesters blocking Cooper and Madison were met with a large white pick-up truck that tried to continue driving through them.

The driver was confronted by protesters and some witnesses say a protester punched the driver.

Attorney Kevin Snider says in this case it the driver was acting in self-defense, he might have a case.

"You’re in charge of a multi thousand pound vehicle against a pedestrian on the street and you’re not going to be given any benefit of the world," said Attorney Kevin Snider.

Tonight on Local 24 News at 10, I'll have more from Snider about the laws surrounding protesters.