If you’re getting on a scooter downtown soon, make sure you’re not drinking and scooting. Starting next month, it will be illegal, and you could be... 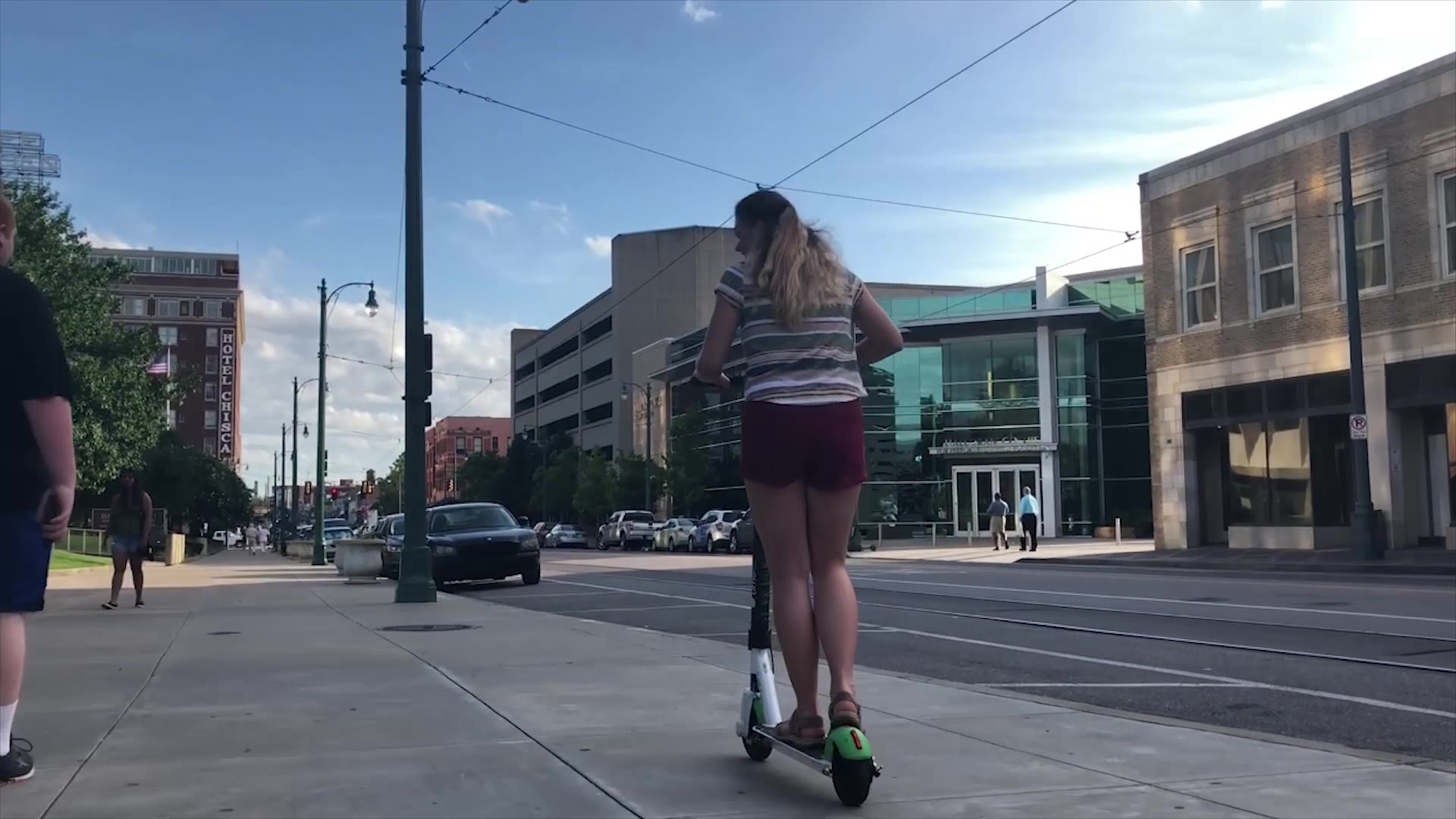 MEMPHIS, Tenn. (localmemphis.com) – If you’re getting on a scooter downtown soon, make sure you’re not drinking and scooting. Starting next month, it will be illegal in Tennessee, and you could be charged with a DUI.

“Scooterscan be dangerous in themselves, even if you’re not drunk,” said Memphisresident Tanya Stevenson. “So, somebody drunk probably has no businessriding a scooter.”

TanyaStevenson works for the Bird and Lime scooter companies, charging and puttingout the scooters for riders daily. She’s unsure about the new law.

“I’m onthe fence, people are out having a good time,” said Stevenson.

“Wellthat’s good. Because when they’re drunk just like in the car, they’re amenace,” said Jason Datton. “Now to the property of the Birds, they’rea menace to people walking on the street. They’re a menace to people in theirvehicles. If these guys here crash into your car, there’s no insurance. Bird’snot responsible and the person will be like ‘urgh.’”

“Ithink that’s really good, because if you’re operating any kind of motorizedvehicle in any capacity I think it’s important that you have to be heldaccountable for your actions and I don’t believe you should be any kind ofintoxicated with these especially with cars out,” said scooter riderSkylar Boatch.